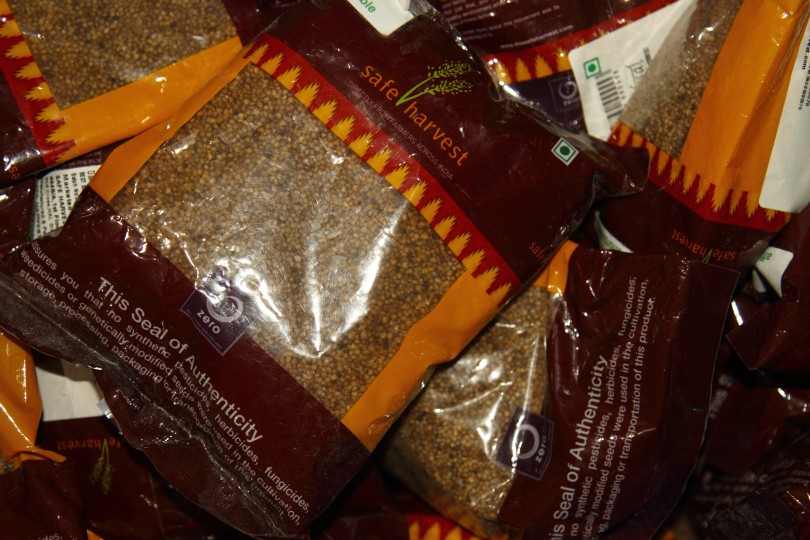 Vivian Fernandes summarises a feature in the Economic Times Magazine on Karnataka’s efforts to promote ragi, a water-efficient crop with nutritional benefits.

When I was a kid mother would frighten us into doing homework with the terrible prospect of having to eat ragi mudde or finger millet balls in prison. It was a fate that was supposed to befall those who failed to study and get a well-paying job. Their twisted ways would get them into trouble with the law. Hard labour and ragi mudde would be their destiny.

Ragi is still classified as a coarse cereal but has become a preferred food item for those who can afford the fine things life of life because of its nutritional value: dietary fibre, calcium, iron and low glycemic index. It is also a hardly crop, grown by farmers who have access to little or no irrigation. This has persuaded the Karnataka government to promote it.

“Ragi and jola (jowar or sorghum) is the basic identity of the Karnataka farmer. It rattled me to see the drastic shrinkage in the acreage under millet production,” Krishna Byre Gowda, Karnataka’s Minister of State for Agriculture told the Economic Times Magazine.

According to the publication, the state’s agriculture department has held more than 50 millet melas in Bengaluru and other 29 district headquarters. Products like ragi pasta, pizza, pastries, desserts, chaklis, cookies and mixes for idlis and dosas have been developed.

“It used to be a poor man’s food, but now it has become a superfood, the toast of the rich man”  Chef Ramaswamy Selvaraju of Taj Vivanta told the magazine. Selvaraju has developed 22 millet-based recipes. “People come and ask us for millet-based breakfasts. We have developed ragi and navane (foxtail millet) pancakes, muffins….. people’s habits are changing, they want to experiment with food,” he said.

The agriculture department has set up a consortium of Icrisat, the Hyderabad-based institute for research in crops for semi-arid tropical regions, National Centre for Biological Sciences and four Karnataka agricultural universities  to work on genome-based marker-assisted breeding of better varieties of ragi, jola, tur, chickpea and groundnut

The state is introducing millets in welfare programmes like ICDS, which addresses malnutrition in children. Ragi and jola are being supplied through ration shops, though availability is erratic because of ups and downs in production. There is also a plan to push them through the 198 highly-subsidized Indira Canteens in Bengaluru.