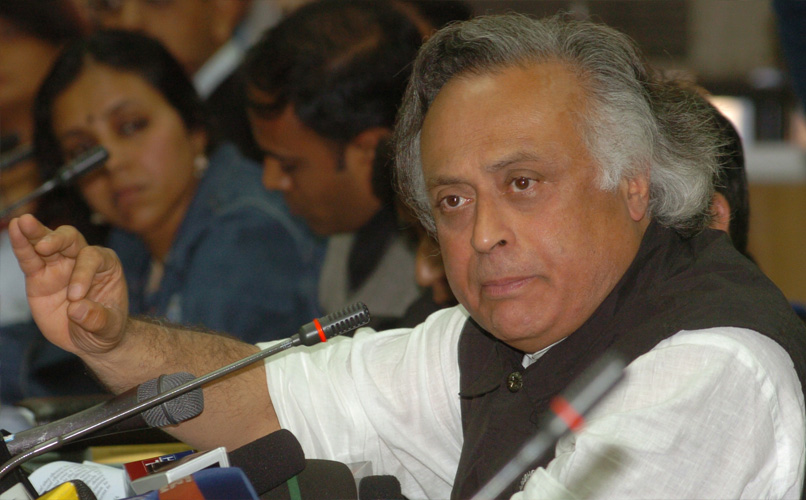 As a policy maker Jairam Ramesh has impeccable credentials. He was educated in IIT Bombay, Carnegie Mellon University and Massachusetts Institute of Technology. He was briefly a member of the team under Finance Minister Manmohan Singh which oversaw the liberalization of the Indian economy. He is erudite; his speeches are informative and a pleasure to listen to. He infused vigour into the environment ministry and redeemed its reputation as a mint for unscrupulous ministers. His decision to disallow mining in thickly-forested areas was wise as economic development that disregards ecological concerns is unsustainable. He cared for tribals and got bamboo classified as a ‘minor forest produce’ against opposition from the forest bureaucracy. As a result Menda Lekha village in Maharashtra’s Gadchiroli district was able to earn an annual income of over Rs 1 crore. The development plan for the tribals of Saranda in Jharkhand — a sal-forest with rich iron ore reserves — which had been reclaimed from the Maoists was another noteworthy initiative. For these reasons his decision putting on hold the commercial release of Bt brinjal till conditions, over which the applicant company had no control, were met was inexplicable. It sanctified the anti-science stance of activists opposed to genetic modification of crops, reports Vivian Fernandes. This article was first published as a column in the Financial Express (link is given below).

Today, 9 February is the sixth anniversary of environment minister Jairam Ramesh’s decision to put on hold the commercial release of genetically-modified Bt brinjal. During these six years, not a single genetically-engineered crop has been approved. The agricultural biotechnology industry is in deep freeze. Research departments are being kept alive and field trials for bio-safety data are being conducted at considerable expense in the hope that the government will pluck the courage to break the thrall of ideologues and activists on the science.

Ramesh’s decision was an example of prejudice passing off as public policy and ‘proof’ being selectively picked to fit a foregone conclusion. No evidence in favour of Bt brinjal was convincing for him while adverse opinion was readily accepted. C Kameswara Rao of the Bengaluru-based Foundation for Biotechnology Awareness and Education says of 26 submissions from Indian scientists, 16 supported Bt brinjal and 10 opposed it.  Eight scientists from abroad endorsed it, he says, and ten were critical.  Ramesh regarded the opposers as ‘independent’ including Giles Eric-Seralini of Paris, who, Rao says, was commissioned by Greenpeace to evaluate the Bt brinjal dossier.  Seralini’s paper on GM maize and tumours in rats published in Food and Chemical Toxicology was later withdrawn by publisher Elsevier for being inconclusive (not necessarily incorrect).

Ramesh disregarded the opinion of two statutory regulatory authorities, and two expert committees of scientists, which said Bt brinjal was safe for cultivation. In an interview to this correspondent last month, Ramesh dismissed the report of the six constituents of the National Academy of Agricultural Sciences (NAAS) as a puff job which ‘reads like the annual report of some company.’ NAAS had said, ‘[T]he overwhelming view is that the available evidence has shown adequately and beyond reasonable doubt that Bt brinjal is safe for human consumption and that its environmental effects are negligible. It is appropriate now to release Bt brinjal for cultivation in specific farmers’ fields in indentified states.’

Ramesh admits his decision was influenced by the ‘toxic DNA’ of Monsanto, the American multinational which had licensed the insecticidal Bt gene to Maharashtra Hydrid Seeds Co (Mahyco) on payment of a one-time fee. Mahyco had developed Bt brinjal on its own. It had offered the technology to three public research institutes for backcrossing into their varieties, whose seeds farmers could save and sow unlike hybrid Bt cottonseed which they have to buy year after year. It might have been a strategy to whittle down opposition and create public acceptable for GM food crops.

Ramesh frowns on this arrangement though he laments that in the ‘last 15-20 years there has been systematic effort to choke R&D in the public sector and promote R&D in the private sector.’ It is an extraordinary admission to make that governments led or supported by the Congress, BJP and the communists were engaged in subverting public sector research. Government outlay for agricultural research has shrunk even as subsidies have bloated. There is a government deficit in state institutes and little accountability. These factors, rather than a grand conspiracy, are responsible for public institutions losing the edge in research.

Ramesh dislikes Monsanto for supplying a defoliant called Agent Orange, which the US military used in Vietnam to expose enemy soldiers in jungle hideouts.  Does a company have vicarious liability for consequences arising from use of its products? Many German chemical companies should be barred by this logic for supporting the Nazi war effort. No car company could operate in India if the health costs of pollution were piled on them. If Monsanto’s antecedents were an issue, it could not have operated in India for forty years and been the leader of Bt cottonseed technology.  Incidentally, in 2014, Vietnam approved the cultivation of Monsanto’s herbicide-tolerant GM maize (though Ramesh could not have factored that in).

In his book, ‘Green Signals’ Ramesh regards himself as a quasi-judicial authority and calls the written explanations for his decisions, ‘speaking orders’ in the manner of judges. He sees himself as an institution builder and cites as examples the setting up of the national green tribunal, the (stillborn) initiative for an independent environmental assessment and monitoring authority, and the creation of a framework for estimating Green GDP.  But Ramesh undermines the Genetic Engineering Approval Committee (GEAC), questions integrity of its members, and through an executive order downgrades it into an ‘appraisals’ body.  He sees a conflict of interest in the GEAC having members from the Department of Biotechnology, who are interested in promoting agricultural biotechnology. Qualification is a disqualification for him.

Though Mahyco got accredited public sector or private laboratories to evaluate Bt brinjal’s bio-safety data, Ramesh faults them for not being ‘independent.’ It is not as if Mahyco had itself vetted and certified the data it had collected. It was following prescribed procedure. It cannot be asked to jump a hoop that is not provided in the rules.

Ramesh says he had not made no-objection certificates from state government for field trials mandatory through one cannot understand how else their consent could be obtained. He says the moratorium on Bt brinjal was not a ban; he had hoped that it would last no more than two or three years by when the Biotechnology Regulatory Authority of India would have been set up through an act of parliament (the bill lapsed in 2014 and has not been re-introduced); a set of protocols for testing of genetically-engineered food crops would be agreed upon; and states brought on board.  Given the fears he had aroused through seven public hearings across the country, he was being very optimistic.  The public hearings themselves were an innovation where baying activists were let loose on scientists. Ramesh says they demonstrated that (a) scientists had never communicated to the public and (b) the extreme intolerance of civil society organizations to any form of scientific discussion or debate.

That intolerance is evident in the controversy over GM mustard, which is an indigenous effort. It has been developed by Deepak Pental, geneticist and former vice-chancellor of Delhi University with funding from the National Dairy Development Board and the Department of Biotechnology. But the activists have cranked up their propaganda machines. They are conducting online signature campaigns, holding demonstrations and lobbying political leaders.

Ramesh says his decision applied only to Bt brinjal and he is not opposed to agricultural biotechnology.  He asserts he was an early advocate of Bt cotton and, soon after the Bt brinjal decision, allowed field trials of GM rubber despite opposition from the Kerala government.

Well, the activists are no respecters of nuance. If they can stoop to mendacity, there must be incentives for their opposition, including pecuniary ones. Mathia Chowdhury, the agriculture minister of Bangladesh, who allowed Bt brinjal to be cultivated on the basis of Indian bio-safety data, called the activists either ignorant or devious. Environment Minister Prakash Javadekar should keep that in mind.