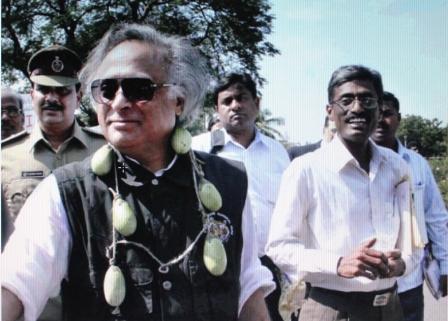 Responding to Jairam Ramesh’s article in the Mint, Vivian Fernandes reports the former minister’s public consultations on Bt brinjal let loose activists with assorted agendas on scientists. The ban has been a setback to research and development in crop biotechnology in India.

On 10 February, 2010, then environment minister Jairam Ramesh imposed an indefinite moratorium on the commercial release of brinjal genetically-engineered for resistance to the fruit and shoot borer, a pest that obliges farmers to use about sixty sprays during the six-month life of the crop.  The moratorium came after a two-month consultation during which the minister heard opinion, for and against, at public meetings in seven cities.  The engagement was certainly an innovation, as the Ramesh says in a newspaper article (Mint, 10 Feb) he published on the fifth anniversary of the event. Though the prescribed process does not call for public consultations, it was perhaps necessary as a transgenic food crop (India’s first) was involved. But it should have been conducted in a structured and sober manner. Instead, Ramesh’s townhalls were packed with anti-science activists who gave free vent to their lynch mob mentality, jeering and hooting down any one who expressed an opinion in favour. The process was more than transparent; it was a spectacle.

Ramesh says there was no ‘overwhelming’ consensus in favour. Genetically-modified crops are controversial, so it would be extremely difficult to create unanimity around them. Ramesh doubts the data generated by Mahyco Monsanto, the applicant company, under a process prescribed by law and overseen by the Review Committee on Genetic Manipulation, a body in the Ministry of Science & Technology. He disregards the recommendation for commercial release made by the Genetic Engineering Approvals Committee (GEAC), which reports to the environment minister. If additional tests were required these should have been communicated to the applicant company, which says it has received no communication either from Ramesh or his successors in the ministry of environment and forests, or the GEAC.

In its reply to the previous Lok Sabha’s Standing Committee on Agriculture, the Department of Biotechnology said ‘there is adequate scientific evidence to state that cry proteins (implanted in Bt cotton and Bt brinjal) have not been reported to be toxic to higher animals such as goats, sheep and cattle in any part of the world.’ Indians have been drinking milk produced by cattle fed on Bt cotton seed oil cake for over a decade.  A booklet on ‘GM Crops: Perception Vs Reality,’ published by the Association for Biotech-led Enteprises-Agricultural Group (ABLE-AG) says the Bt protein produced in Bt brinjal is in an inactive form. It gets activated in the guts of the boll worm and the fruit and shoot borer, which are alkaline and have receptors to absorb the toxic protein. The human gut is acidic and enzymes like pepsin degrade Bt protein within minutes.  It goes on to add that the insecticidal property of Bt was discovered in 1901. Bt formulations have been used in bio-pesticides since 1938. So far, ‘Bt has not caused any scientifically proven ill-effect,’ it declares.

Ramesh admits in his 19 page order justifying the moratorium that G Padmanabhan of the Indian Institute of Science ’debunks’ criticism of Bt brinjal and has made a strong case for its commercial approval as has Deepak Pental, geneticist and former vice-chancellor or Delhi University. He notes that Raj Bhatnagar of the International Centre for Genetic Engineering and Biotechnology has in his very technical note implied ‘that there is no health risk whatsoever.’ Yet Ramesh chooses to align with the naysayers.

No technology is risk-free. As an erudite and well-educated minister, Ramesh should have weighed the risks and the benefits and arrived at wise decision. Perhaps, he was swayed not such much by safety issues as commercial aspects and strategic control of the seed industry. The fact that the Bt gene has been provided by the US multinational Monsanto, which also has a minority 26 percent stake in Mahyco Monsanto seems to prey on his mind (though he admits that its Bt cotton technology has been a ‘runaway success’ in India).  He frets about the implications for India’s food security. He laments that the public system which transformed India into the second largest producer of rice and wheat through the Green Revolution, has not been able to catch up with the private sector in agri-biotech research and development.

Ramesh has been nursing these fears for long. At a public lecture in early 2006, he wondered whether it was wise for a country of India’s size to depend so heavily on imports for ‘fats and proteins’ (that is oilseeds and pulses). When Prime Minister Manmohan Singh made a pitch for India’s liberal participation in free trade agreements while addressing the board of governors of the Asian Development Bank in Hyderabad in May 2006, Ramesh as minister was suspected to have leaked a letter to newspapers (which gave it front page coverage) written by Congress President Sonia Gandhi to the PM raising concerns about the implications of such agreements for the economies of states like Kerala.

Ramesh’s concerns are valid but how does playing dog in the manger help? Mahyco Monsanto had offered  gratis the Bt technology to the University of Agricultural Sciences, Dharwad, Tamil Nadu Agriculture University and the Indian Institute of Vegetable Research, Varanasi, for them to develop open pollinating Bt varieties of brinjal (whose seeds farmers can re-use) under the Agricultural  Biotechnology Support Programme II run out of Cornell University. Under the agreement, they could sell the seeds at a small mark-up to the cost, while Mahyco Monsanto would address the market for hybrids. But Ramesh was not persuaded.

Mahyco Monsanto has replicated the same model in Bangladesh, which approved four Bt brinjal varieties in October 2013 on the basis of its own agronomic studies and India’s biosafety tests. In the following   season, twenty farmers were given the seeds. They reported 70-90 percent reduction in pesticide sprays, thirty percent increase in marketable yield and a net benefit of around $650 per bigha. The brinjals were marketed as pesticide free. Currently, 108 farmers are growing and the harvest would be ready for plucking by end of February. The Bangladesh Agricultural Research Institute is expected to soon release five hybrids for cultivation. Once Indian farmers get to know about these they are likely to obtain them through smugglers.

Ramesh says his decision was limited to Bt Brinjal and should not discourage R&D in modern biotechnology for crop improvement and enhancement of India’s food and nutrition security. Sadly, that has not been the case. The Bt brinjal decision has demoralized scientists and has had a chilling effect on the industry. Ram Kundinya, the DG of ABLE-AG says about 12,000 cr of public and private sector investment in agri-biotechnology is wasting away as states are wary of giving no-objection for field trials (a condition imposed by Ramesh) which are necessary to generate data about safety. When learned leaders like Jairam Ramesh stoke fears about GM technology ideological outfits like the Bharatiya Kisan Sangh and the Swadeshi Jagran Manch get emboldened. Can science happen in such an atmosphere even in the public sector?

This article was published on Firstpost and the Financial Express.

(The image of Jairam Ramesh here  is a photograph of a PTI photograph which is being used only for demonstration purposes on this website).