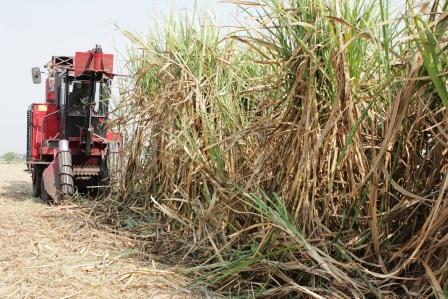 ISMA has launched a campaign to rehabilitate sugar in the Indian diet. It says sugar is not bad; consuming too much of it is. It wants individuals to be responsible consumers. This is a tack taken by liquor sellers as well. But the campaign may come to naught, reports Vivian Fernandes

The Indian Sugar Mills Association (ISMA) has shot off a letter to the Federation of Indian Chambers of Commerce and Industry (FICCI) expressing its displeasure at FICCI organizing a webinar on 9 November on the theme: “Shifting Away From Sugar.” In the letter, ISMA’s DG Abinash Verma says the seminar’s topic “is disturbing and in fact brings in a negative connotation around sugar.” He says some of ISMA’s members are also members of FICCI, suggesting that the seminar may not be in their interests. Verma cites a survey by the Indian Council of Medical Research (ICMR) that found Indian women consuming on average 20.2 grams and men taking in 18.7 grams of sugar per day – lower than ICMR’s recommended level of 30 grams per day.

ISMA has just launched a website called meetha.org to give sugar an image makeover. It is concerned that there is not enough demand for sugar in the country and exports aren’t profitable. Verma says the campaign “to spread awareness with the right information’ has the backing of the government. The website, he says, was launched by the Secretary (Food and Public Distribution).

Verma says it has “become a fashion statement to condemn a particular ingredient in a food pyramid with a wrong message that if one avoids eating sugar an individual will remain healthy.”  He says it is total calories that count. While he is right, white sugar has empty calories, unlike, say, jaggery, which has many minerals and micro-nutrients.

India is producing more sugar than it can profitably sell within the country or abroad. At the start of the current sugar season (October–September), sugar mills in UP owned cane growers Rs 8,400 cr in arrears for cane bought in the 2019-20 sugar season.  Government interference in pricing is a reason. Farmers get assured prices (even if delayed) and cane is an easy crop to grow in states like UP which have abundant water.

But ISMA is rowing against the current. While India’s per capita consumption is low, those who can afford it consume too much sugar. In a country where obesity and diabetes are major health concerns and informed people are shunning sugar, ISMA may find it hard to rehabilitate sugar.

(Photo of cane harvester in action at Sangli by Vivian Fernandes).