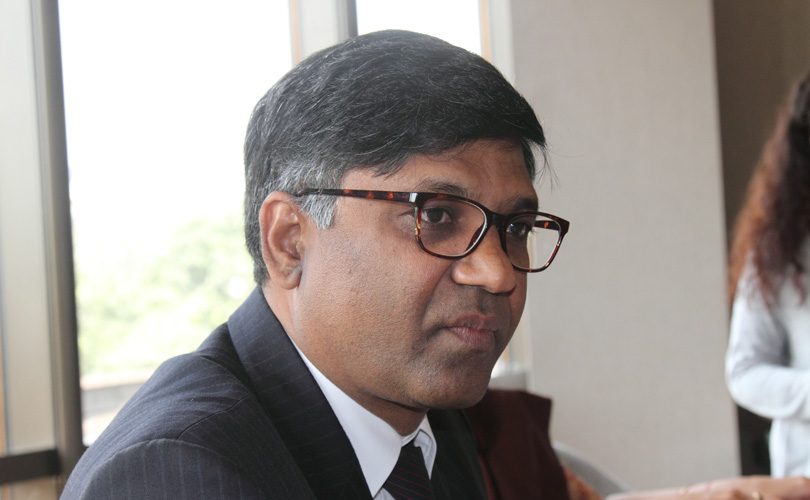 Vivian Fernandes reports on a media interaction with K V Subbarao, South Asia Leader of the new agri-business company that has emerged from merger of DowChemical and DuPont.

With the voluntary suspension of bio-safety trials on herbicide-tolerant and insect-resistant maize in Karnataka and Punjab citing uncertainty in regulatory approval for cultivation of genetically-modified (GM) feed crops and the cloud over the protection of intellectual property rights, Corteva Agriscience has started off on a jarring note in the country.

Coteva Agriscience is the new company that will house the seed and crop protection businesses of The Dow Chemical Company and E.I. du Pont de Nemours & Company (DuPont) which merged in September last year to form DowDuPont with three corporate entities, the other two being Dow (materials) and DuPont (specialty chemicals). Corteva Agriscience became operational in January and will be globally listed next June (but not in India). Corteva, which is supposed to mean ‘heart of nature,’ is a combination of ‘coronary’ and ‘teva,’ or ‘nature’ in Hebrew.

“We were at the last stage,” of the trials said K V Subbarao, South Asia leader of Corteva Agriscience. Maize being a widely grown crop requires multi-location trials if the company’s GM hybrids are to be cultivated across many states, and no-objection certificates were not forthcoming from those states for open trials, Subbarao said.  He was evasive when asked what that had to do with not proceeding with trials in the two states that had already given permission.

Subbarao did not answer in the affirmative not deny when asked whether the company had become wary after a Delhi High Court judgment denying the applicability of the Indian Patent Act to patented GM traits like herbicide tolerance and insect resistance once they were incorporated in plants.  In its order in April, a two-judge bench of the court had said that GM traits were artificial constructs that did not exist in nature and could be patented under the Patent Act but seeds and plants could not be patented, so a GM trait would not be patent-protected once it became part of a seed or plant. The bench asked Monsanto, which had appealed to the bench, to seek protection for its GM cotton traits under another law – the Protection of Plant Varieties and Farmers’ Rights Act.

Corteva Agriscience perhaps believes it will have no control over its proprietary maize traits once they pass the biosafety tests and get regulatory approval, and has considered it prudent to suspend the trials till clarity emerges.

Even on the crop protection side, Corteva Agriscience seems to be misaligned with national objectives as defined by the government. Organic and paramparagat (traditional) agriculture are priorities for this government.  In January last year, Prime Minister Narendra Modi declared Sikkim as India’s only wholly-organic state. Organic agriculture must be pushed with the same spirit as the Green Revolution, Agriculture Minister Radha Mohan Singh said in Port Blair in February. He exhorted farmers who could not afford high input costs to shift to organic farming and fulfil Prime Minister Narendra Modi’s vision of making India a chemical-free country. (An update: Corteva Agriscience has clarified via email on 2 November that organic farming has its place and the company has a bio-pesticide addressed to that segment. – Ed).

Subbarao said Corteva Agriscience will launch 21 products in the seed and crop protection categories over the next five years. In July, it launched an insecticide for long-duration  (2-3 weeks) protection against the brown plant hopper that infests rice fields.  In the next quarter it will launch a herbicide to be applied in fields where rice is directly sown (and not transplanted).  Another herbicide, also for rice fields, will be made available to Indian farmers in 2021 (it is in the process of obtaining approvals). When asked whether the company’s emphasis on chemicals is not at variance with the government’s objectives, Subbarao said, “we want to put science and innovation at the forefront.”

Agriculture, Subbarao said, is not the simple activity it used to be; it is getting professionalized. It has to evolve rapidly because of fast water depletion and changes in climate. Data from multiple variables like soil and weather have to be analyzed to provide insights to farmers. It is not enough to merely sell inputs; farming has to be made profitable through productivity improvements and reduction in cost relative to value received. Crops have to be aligned to society’s food security and nutritional requirements and they have to be grown in a manner that does not hurt the environment.

Subbarao said intellectual property rights not only allowed companies like his to profit from their research but also made them technology stewards; it gives them a vested interest in resistance management. For instance, it was advising farmers using Pexalon, the insecticide for brown plant hopper, that the second of two required sprays should be of another molecule, not necessarily sold by Corteva Agriscience, so that resistance in bugs could be delayed.

The true potential of innovations would not be tapped fully if farmers were not coached in proper practices. Subbarao said Corteva Agriscience had trained 1,200 women farmers in Jharkhand in growing its rice hybrids. Each of these women, in turn, had to train another25 women.

Will such training put farmers in the grip of private companies? There is such a possibility, but this correspondent knows a large potato grower in Gujarat’s Banaskantha district who took the initial cues from McCain, a Canadian company which supplies potato products to McDonald, the fast-food restaurant chain.  He started off as McCain’s contract farmers but later went on to cultivate potatoes for PepsiCo and Balaji Wafers because they were paying him more. Knowledge cannot be caged.