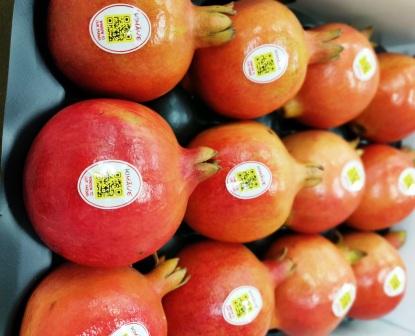 INI Farms, a farm-to-fork ag-tech fruit brand company has introduced origin traceability feature for its fruits in the international and domestic markets under a technology programme called ‘FruitRoute’, according to a company press release. Every fruit under its brand Kimaye can now be traced back to its source by scanning the QR code on it.

The QR code can be scanned with smartphones. It will provide details like the farm on which the fruit was grown. This will discipline the farmers into applying chemical fertilizers and pesticides as per protocols. They cannot hide behind anonymity. When people say they want organic produce they usually mean safe produce and not necessarily chemical-free produce. But the fertilizers and pesticides must be applied in the right doses, at the right time, in a proper manner, keeping a sufficient gap between application and harvest so that there are no harmful residues. If this feature becomes widely available, Indian consumers might shed their fear of chemically-grown fruits and vegetables.  INI Farms says it follows global GAP (good agricultural practices).

The QR code will available on pomegranates and coconuts. Bananas will carry the QR code from December.

INI Farms works with about 5,000 farmers and exports to over 35 countries, according to the release.  Founded by Pankaj and Purnima Khandelwal, it has funding from venture capitalists like Ronnie Screwvala the founder of UTV, which was later acquired by Walt Disney.