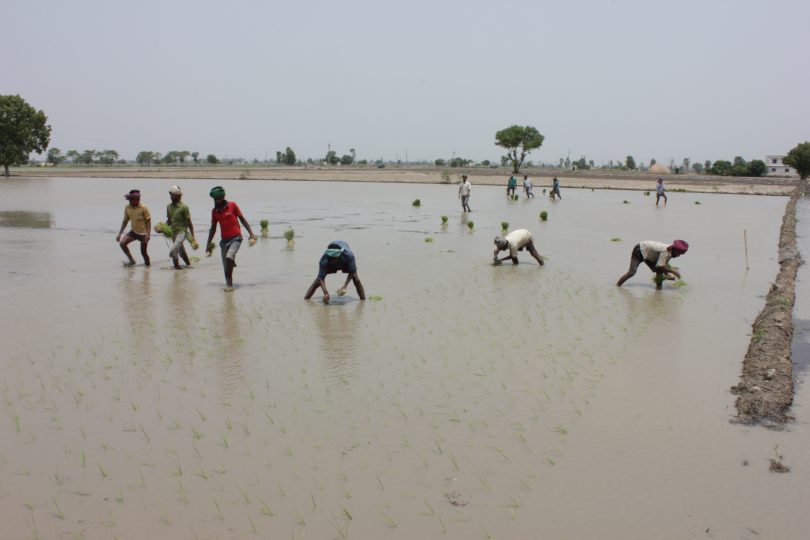 At long last, the Department of Biotechnology has ended the suspense by publishing draft genome editing guidelines on 9 January for month-long public comments but the regulatory pathway it has proposed for the approval of plants with novel traits developed with the technology is dismaying, reports Vivian Fernandes

The guidelines acknowledge that “genome editing is a precise molecular method of mutation,” than mutations induced with chemical agents or X-rays and gamma rays which are messy methods of plant breeding. They produce multiple mutations in the genome which take a long time to clean up so separate the desirable mutation from sundry mutations. Chemical and radiation-induced mutations were in vogue in the 1960s and 1970s in India and China but went out of fashion by the 1980s.

The guidelines admit that genome editing tools can be used to create plants with “nature-identical” traits akin to those derived from conventional breeding with minimum changes in their genomes, but faster and more precisely. The genome-edited products may be undistinguishable from naturally-occurring or induced mutants, they say.

The guidelines propose a tiered regulatory approval process. In Group I are plants whose genomes have been minimally-modified with one or a few base pair edits or deletions. (Bases are pairs of four types of molecules that form DNA. Genes are made up of DNA. A genome is a complete set of genes present in an organism. A single or many genes determine a plant’s traits).

The risk assessment for this category would be to confirm that only targeted genome edits have been done and to rule out significant off-target changes. The modified plant would be assessed for trait performance and to determine that it is similar to the unmodified variety in all respects except for the targeted change. The regulation in this case would be light and will be done by the research institution’s internal bio-safety committee.

In Group II are those plants whose cells harbour a few or several base pair edits. The plants will have to undergo trait efficacy trials and will be assessed for equivalence with similar varieties (except for the targeted changes).

In Group III are those plants with large DNA changes including insertion of foreign DNA. The risk assessment will be the same as for plants that are genetically-modified (GM) with foreign genes. Confined field trials have been proposed to establish their safety to human health, animals and the environment, with approvals to be obtained from the Institutional Biosafety Committee (IBSC), the Review Committee on Genetic Manipulation (RCGM) and the Genetic Engineering Appraisal Committee (GEAC).  The difference between the two methods is this: in the case of genetic modification or engineering, the site of foreign gene integration in the genome is random, while genome-editing techniques ensure it is precisely at the targeted site.

There can be no quibble with the risk assessment protocol proposed for the Group III category, say scientists practicing agri-biotechnology, but Group II category edits should not have to obtain three layers of approvals. Group I and Group II are pernickety categorizations. Who is to determine in which category the genome edits fall?  A single nucleotide change may make a bigger difference than changes to several nucleotides. Much of the time genome editing will be used to produce null mutants to knock off certain genes to study their effect on the plant. Certain plant genes, for instance, are targeted by pathogens, which if knocked off would make them less susceptible.

Given the propensity of our bureaucrats for control and the tendency of lawmakers and environment ministers (to whom the GEAC answers) to be swayed by fear-mongering political, and anti-GM, activists, the proposed regulatory requirements might severely constrain the use of genome-editing techniques. Group I and Group II mutations should be treated as one, with the researchers reporting their plan of action to their institution’s bio-safety committee, which in turn could be required to post the information to a central repository in the RCGM.

The off-target mutations produced by Group I and Group II edits can be erased with a couple of backcrosses (crossing the modified plant with its parents, or plant of the same variety). Many more unwanted changes are produced when mutation is induced with chemicals or radiation, but no safety tests are prescribed.

India must emulate the regulatory systems of countries that are large producers and exporters of agricultural produce.

In March 2018, the United States issued a statement clarifying that its department of agriculture (USDA) does not (with some caveats) regulate or have plans to regulate plants developed with new breeding techniques including genome editing that could otherwise have been developed through traditional breeding techniques. “With this approach, USDA seeks to allow innovation when there is no risk present,” the secretary said. “Using this science, farmers can continue to meet consumer expectations for healthful, affordable food produced in a manner that consumes fewer natural resources.”

Canada, according to an official of its food inspection agency, regulates products and not the process since there are many paths to the same result. A trait can be introduced by a random mutagen, a targeted mutagen, by transgenic means, breeding and genetic deletion. Canada requires pre-market risk assessment for agricultural biotechnology products, including those produced through genome editing only if they are novel (express a new characteristic) and could, therefore, pose a risk.

(It is not clear whether Canada would require pre-market risk assessment for gossypol-free cottonseed produced with gene-silencing RNAi technology, which the US Food and Drug Administration approved last October. Gossypol is a toxic chemical that makes cottonseed inedible for humans and animals but helps the cotton plant ward off insects. Silencing the gene would make the plant more susceptible to insect attacks but the US scientists have only silenced the expression of gossypol in cottonseed and not in the rest of the plant.  The genome-edited cottonseed, developed by Texas A&M University scientists, tastes like chickpea or chana, wire service Reuters reported quoting Keerti Rathore, a plant biotechnologist at the university. ).

In Argentina, which is a large food exporter, if the final plant variety has transgenic material, it is regulated as a genetically-modified organism. Transgenic-free varieties are treated like in the United States; they don’t need additional regulatory oversight.

The European Union regulates the process rather than the product. It has decided that mutagenic genome-editing technologies must be regulated as equivalent to GMOs, regardless of whether foreign genes or genetic material is present in a new plant variety or not. But the EU is a net food importer. It has held out even against the cultivation of GM crops through its imports genetically-modified soybean and corn.

For a lucid explanation of how genome editing works and what CRISPR/Cas9 technology is, read this article by two writers of the Tata Institute for Genetics and Society.

(Photo: Rice being transplanted at a field in Panipat. By Vivian Fernandes.  Genome-editing technologies can help the rice plant disable viruses that cause blights or knock out genes that suppress the plant’s immunity to fungus).