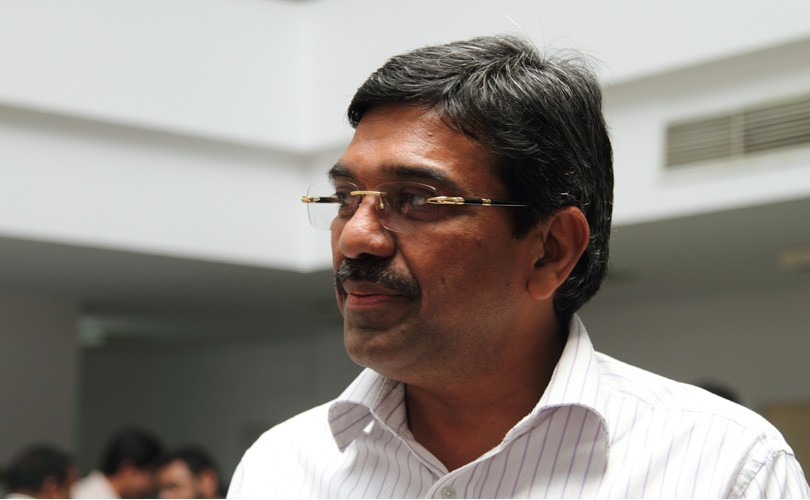 The CMD of Nuziveedu Seeds and President of National Seed Association of India (NSAI) says GM traits like herbicide tolerance or the insecticidal Bt gene in cottonseed cannot be patented in India under the Patent Act. They can be liberally used by farmers, researchers and breeders. If commercially exploited, seed companies as breeders will have to make contributions to a gene fund on which the trait developer can make a claim. Vivian Fernandes reports on Rao’s presentation at a workshop on IPRs on GM traits and seeds, which NSAI had organized in Delhi on 26 August.

Government policy appears to be to prevent monopoly in seeds within the boundaries of the agreement on TRIPS (Trade-related Intellectual Property Rights) which was signed in 1994.  (Rao is referring to a May 18 notification of the agriculture ministry, now suspended, which waives patents on Bt cottonseed and caps trait fees payable to technology owners). Invoking Article 27 of the agreement, India decided not to allow patenting of seeds, plant varieties and animals. Intellectual property protection for seeds and plant varieties is granted under a sui generis law, the Protection of Plant Varieties and Farmers Rights Act (PPVFR), 2001.

The Seed Policy of 2002 says an effective sui generis system of intellectual property protection will be implemented to stimulate investments in R&D of new plant varieties. It assures protection of the right of farmers to save, exchange, share or sell farm produce of all varieties. It asserts the right of researchers to use seed or planting material of protected varieties for research and breeding of new plant varieties. It provides for equitable sharing of benefits arising out of use of plant genetic resources. A gene fund will be established for implementation of benefit sharing. Transgenic varieties can be protected under PPVFR legislation in the same manner as non-transgenic varieties after release for commercial cultivation.

Under the PPVFR Act, 2001, transgenics are included in the definition of variety. It allows exclusive rights to be conferred to breeders to reward them for investment and efforts. The developer of a unique trait, including transgenic, can make a claim on the PPVFR authority for benefit sharing in the form of trait value.  The law allows breeders to use a protected variety including transgenics to develop new varieties with full intellectual property rights. Farmers can save, use and distribute farm produced seeds of even protected varieties.

The 2005 amendment of the 1970 patent act says the following are not inventions (and therefore not patentable): (a) discovery of any living thing or non-living substance occurring in nature (b) method of agriculture or horticulture (c) plants and animals including seeds and varieties and essential biological processes for production or propagation of plants and animals.

From the above it is clear that transgenic varieties and seeds cannot have any IPR under Indian patent law. (Rao is wrong, says Paresh Verma of ABLE-AG, a lobby group of agri-biotech companies. See his views here).

As patent rights to the methods and processes of biotechnology do not confer rights on seeds and plant varieties, it is evident that the developer of a GM trait can claim fees or royalties only under the PPVFR Act by making a benefit-sharing claim on the Authority.

As breeders are given the right to access any variety, there is no requirement of a license from the trait developer to incorporate a GM trait into a new variety after a trait is approved by GEAC. (This is the reason why Mahyco withdrew its application for approval of Bt cottonseed with herbicide tolerance trait. See that story here).

After GEAC approval, under the rules of manufacture, use, import, export and storage of genetically-engineered organisms under the environment protection act, breeders have the right to access GM traits under the PPVFR Act for developing new varieties. GEAC shall not prescribe the requirement of no-objection certificate for release of such varieties, which is the current practice. This has led to the suppression of statutory rights that are available to breeders and farmers under the act. This practice needs to be discontinued.

PPVFR Authority may prescribe a procedure enabling trait developer to make claims on the  gene fund from payments made to it by breeders who have incorporated transgenic traits into the varieties they sell.

(Prominent seed companies disagree with Rao on plant trait patents; breakaway from his association to form another. That story here).

(Top photo of Prabhakar Rao at NSAI’s conference on patentability of GM plant traits in Delhi. Photo by Vivian Fernandes).