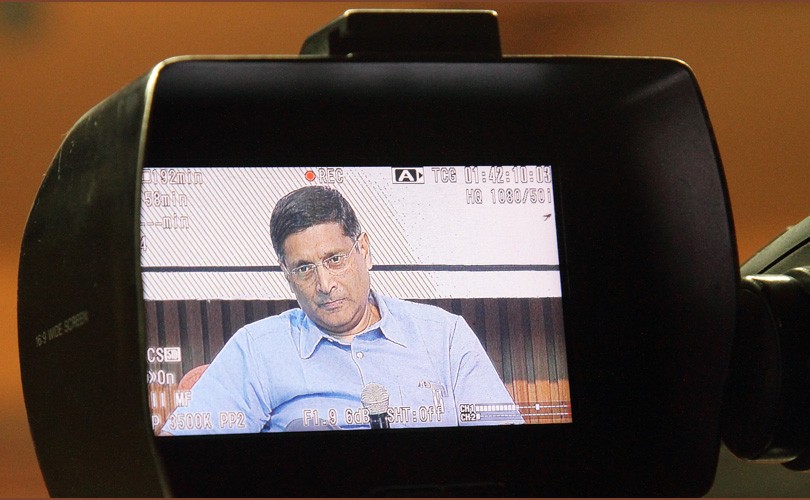 Since democracy is about numbers why are good policies for agriculture, which engages 49 percent of the workforce, not good electoral politics? Why does it not pay at the poll booth to avert a drought? Why has not the demonstrable success of genetically-modified Bt cotton in Gujarat been extended to other states and crops? Why is the private sector success in Bt cotton, maize and pearl millet (bajra) not been amplified?

These were some of the ‘meta questions’ which Chief Economic Adviser (CEA) Arvind Subramanian posed during an insightful lecture on ‘Resurrecting Farmer Livelihoods,’ organised by Bharat Krishak Samaj in New Delhi on Tuesday, 18th May.

Subramanian acknowledged that ‘agriculture cannot be a permanent source of employment for a large swathe of the population.’ Like the rich countries, people will have to migrate to activities that are more productive. But the fortunes of people in agriculture, he said, will determine the quality of urbanization. ‘Good or bad depends on the kind of people migrating.’ Higher agricultural incomes will allow people to acquire skills. If not, distress migration will pull down the quality of urban life.

The basic challenge, according to the CEA, was to raise farm incomes, which this government has vowed to double by 2022. Productivity would have to be raised. The task is daunting. China’s value added per worker (agricultural, presumably) was 3.7 times that of the Indian worker. That of the Brazilian was 7 times higher, the European 52 times and of the US worker almost 100 times more.

The second challenge is to make agriculture less risky, because it is intrinsically volatile. China has evened out the ups and downs over time by extending irrigation. India’s agriculture has also become more resilient over time. Food grain production, despite the past two years of deficit rainfall, has seen a slight increase. It has not been negative. But the line plotting agricultural GDP growth rate remains jagged, not smooth.

Productivity enhancement and risk mitigation will have to go hand-in-hand, Subramanian said, while dealing with the ‘ghost of Malthus,’ referring to the English cleric and scholar who predicted that population growth would outstrip food production resulting in mass hunger and deaths. Technology did not allow that happen. But India would have to contend with climate change and also man-made adversities like soil depletion and receding ground water levels.

So what needs to be done? The CEA proposed the following, but cautioned that the list was not exhaustive.

The current distress in the farm sector caused by successive monsoons deficits and a collapse in commodity prices has focussed the government’s mind on the agricultural sector. A number of policies have been announced. He hoped that an improvement in farmers’ income owing to an expected good monsoon would not take that focus away.

Subramanian listed two measures that would have a big impact on agriculture: the Pradhan Mantri Gram Sadak Yojana (or rural roads scheme) and basic income support for farmers who held plots that were unviable.

(Top photo of Chief Economic Adviser Arvind Subramanian as seen through the viewfinder of a TV camera on 18 May, 2016, by Vivian Fernandes).