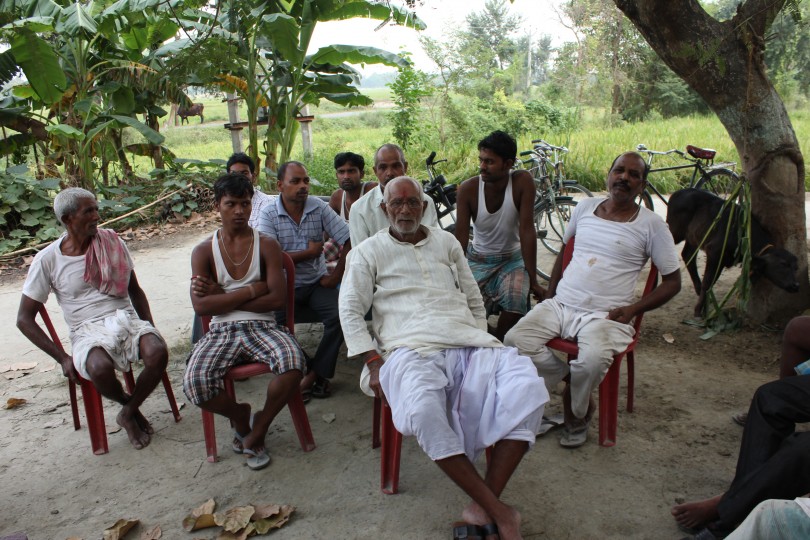 (For these farmers in Bihar’s Vaishali district, income tax is a joke. Photo by Vivian Fernandes).