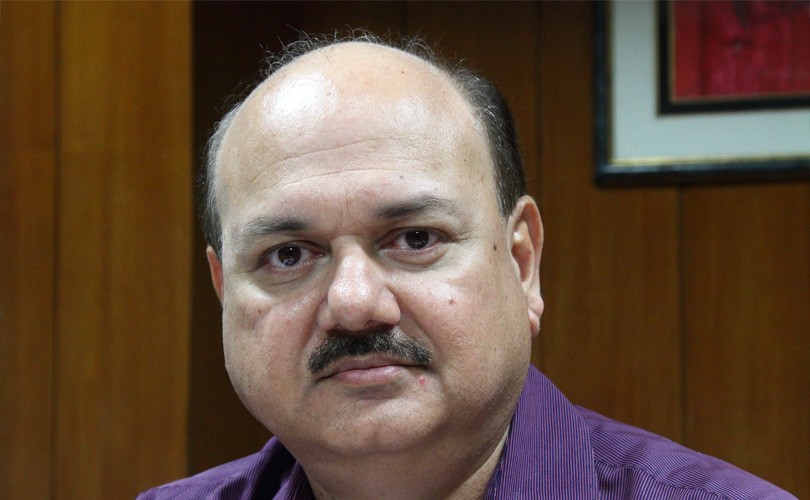 Vivian Fernandes visits the CLAAS facility in Faridabad to find out how it is trying to reduce the drudgery of rice transplantation and mechanizing the harvesting of maize, which is largely done manually.

While doing a TV programme called ‘Smart Agriculture’ last year we visited Cuttack and the Central Rice Research Institute (CRRI), which advises and monitors a programme called ‘Bringing Green Revolution to Eastern India.’ BGREI is primarily about rice, which is the staple crop in this part of the country. CRRI has suggested simple interventions like planting in rows with eight by six inch spacing between plants and rows. This provides the plants adequate sunlight. It makes weed removal easier. By allowing air to flow freely it helps ward off pests and diseases unlike conventional dense planting.

But row planting is laborious. At the institute’s paddy fields, two men stretched a rope tied to poles which they held at either sides of the field, while women sank clumps of saplings into the slushy field along the rope. When a line was done, the men would advance a step and the operation would be repeated.  CRRI had convinced farmers like Balram Dass of Purba Kachha village in the district to do row planting. Others like Bijay Kumar Sahu of Saindha Kanipur village complained that workers were reluctant to do row planting as they could cover a lesser area. Since they were paid by the acre, they had to work harder to earn the same amount as they did through conventional transplanting.

Though eastern India is relatively poor than the rest of the country, labour in most parts is not available when most needed. Transplanting is also back-breaking work. A transplanter can greatly relieve the drudgery of women who also have to double up with household chores.

So it was a relief to learn from Mrityunjaya Singh, or Jay as he is called, that the Orissa government has decided to subsidize 4,000 machines. Singh is the managing director of CLAAS Agricultural Machinery, which has been 25 years in India, earlier as a joint venture with the Escorts group, but wholly-owned for the past 13 years by its German founding family. At the company’s facility in Faridabad, off the Delhi-Agra highway one finds two versions: a ‘walk-behind’ contraption that can be operated like a power tiller and a ‘ride-on’ piece.  The former costs about Rs 4 lakh and the latter, three times as much.  They are meant mainly to be hired out and ‘give excellent RoI (return on investment,’  Singh said.

A company video says the ride-on machine can plant at the rate of up to 1.70 metres per second at uniform depths, after adjusting for field conditions, and in even intervals. This increases the per acre population of plants, allows them to grow uniformly, permits weeding machines to be deployed, enables even spraying of pesticides and facilitates wind flow. According to the video, a machine with an operator and helper can do 1 to 1.5 acres an hour, while 12-16 workers would take a day to plant two acres. It also claims productivity increase of 5-8 percent an acre and a 20 percent reduction in water use.

Though direct seeded rice (DSR) is being propagated and is catching on, in low-lying areas transplanting will have to be done. Machines can greatly help, provided governments pitch in.  While the Orissa government’s initiative is to be appreciated, one wonders why it acted so late. BGREI, after all, was initiated in 2010-11, when Pranab Mukherjee was finance minister.

In all about 2,000 mechanized rice transplanters are sold annually in India. ‘A million transplanters can go here but the concept is new,’ says Singh. Much of the demand is from South India (Tamil Nadu, Andhra Pradesh and Kerala).

Another machine that CLAAS believes holds promise for India is the forage harvester. The apparatus on display has the menace of ‘War Rig’ in the movie Mad Max Road Fury’

Costing Rs 1.8 cr a piece, just three of the imported machines have been sold in India. They are meant to produce silage from maize for dairy cows. The machines cut maize plants, and through a proprietary process produce long-chopped maize silage. Corn crackers crush the kernels, enabling better bacterial fermentation and digestion. ‘It is a complete plant’ says Singh. The company claims silage produced by the machines enhances milk yield, reduces need for feed supplements and keeps the animals healthy.

Maize is a crop where mechanization levels are low in India. Its growth is aligned to rising incomes. As people earn more, they tend to eat protein-rich foods like milk, meat, eggs and dairy products. People consume maize indirectly as it is more feed than food.

Apart from the forage harvester, Singh says the company has machines that can take out the cob without skin or remove only the kernels and spew out the cob.

Though Punjab is a pioneer in the dairy industry and wants to shift farmers from common rice to maize to conserve ground water, Singh says ‘Andhra Pradesh has gone way ahead.’ The AP government has tendered for a huge quantity of silage to be supplied to farmers through its marketing organization.

Though CLAAS claims the market leadership position in India in harvesters, it has kept off certain segments. For instance, cotton picking, where Monsanto and Mahyco are collaborating with Ford New Holland and John Deere to make machines suited to Indian fields and wallets. Sugarcane and potato harvesting are also no-go areas, as are tractors.

To promote mechanization, the company is setting up nine skilling centres, including in Faridabad, since the factory has been shifted to Morinda in Chandigarh. It has tied-up with state agricultural universities for the purpose.