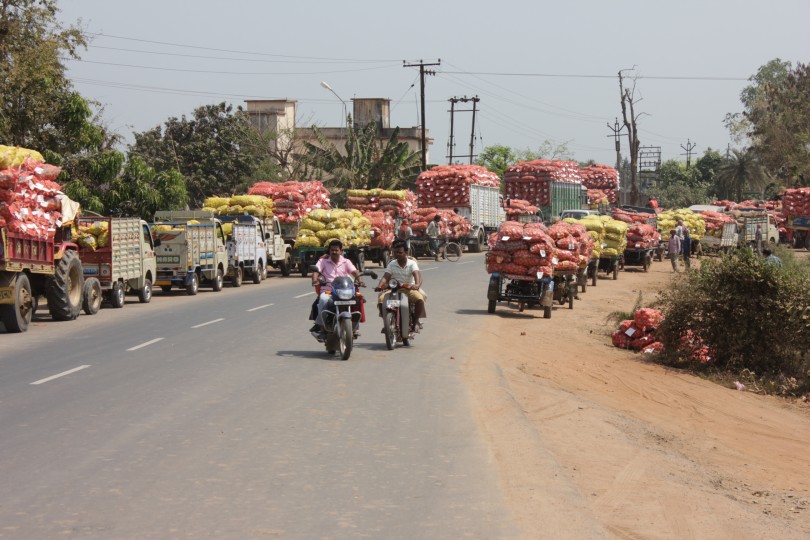 Why do West Bengal’s smallholder potato farmers never learn from experience and diversify out of the crop, rather than acting like a herd?  Is it because they are so steeped in debt that they prefer the familiar rather than take unfamiliar risks? Are they unsure of selling their produce if they diversify? Are moneylenders not accommodative of any shift in crop? Whatever the reason, the state’s potato farmers are staring at yet another season of abundant harvest and ground-hugging prices.

The example of Tapan Samui, of Baikunthapur in Hooghly district may be representative. Ghosal reports that he has harvested 6,500 kg from two-thirds of an acre. His cost of production is around Rs 4 a kg. But he is forced to sell at Rs 1.80-1.90 a kg. Clement temperatures of 8-14 degrees Celsius during the growing period and the absence of late blight boosted the crop. Everyone is a seller; there are few buyers.

The state has a potato storage capacity of 6.5 million tonnes. This is not enough. Smallholder farmers may not also be able to hold on to the crop.

Sutapa Das in front of her hut.

This sounds familiar to us. In March 2015, we visited Bardhaman and Hooghly districts to report on a potato glut which resulted from a lean crop the previous year. In 2014, farmers got prices as high as Rs 8 a kg. So that December, they brought new acreage under potato.  Weather was good and the abundance that resulted sent prices crashing to as low as Rs 1.60 a kg in March 2015. We met Sutapa Das, a homemaker at Andur village in Bardhaman district.  Her husband had contracted a loan of Rs 1.5 lakh from a trader-lender at rates changed by banks for credit card dues. The trader refused to buy and Das’s husband could not store it either as there was little spare space at the local cold storage. She broke down in front of us.

West Bengal’s Agriculture Minister Purnendu Basu told the ET correspondent that farmers were advised to shift out of potato but they did not listen.

Patit Pabhan De, President of the West Bengal Cold Storage Association holds demonetization responsible to some extent. A third of the stock in cold storages has been left over from the previous year. This could not be offloaded because demonetization in November affected inter-state wholesale trade which happens in cash.

Basu says farmers should grow potato seeds which will fetch them a higher price, has a ready market and will reduce the state’s dependence on Jalandhar in Punjab. The state could incentivize such a shift buy offering to buy the seeds for a few years till farmers gain the confidence to do it without state support.

11 April, 2017: The union agriculture ministry approved procurement of 1 lakh tonnes of potatoes from Uttar Pradesh at Rs 4,870 a quintal. In addition, it will pay Rs 1,217.50  quintal or actual overheads whichever is less for transporation, mandi tax and godown charges. Potatoes will be procured from cooperatives, farmer producer companies or directly from farmers, the ministry said in a press release.