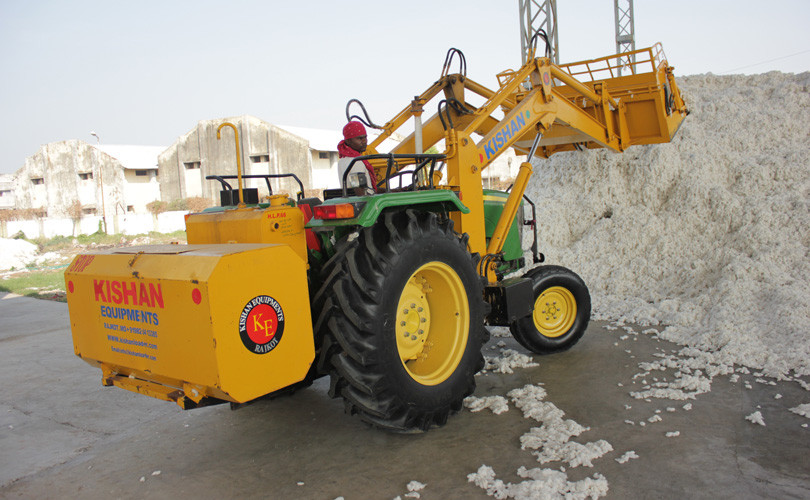 Prime Minister Narendra Modi and Environment Minister Prakash Javadekar support GM technology. They must persuade those opposing it in the Sangh Parivar to their point of view. Indian public sector research institutes and private companies in the seeds business are losing the edge because state governments are not allowing field trails and no new GM crop has been allowed for cultivation since 2002, reports Vivian Fernandes. This article was first published in www.thequint.com (see link below).

I wish Prime Minister Narendra Modi spoke up for agricultural biotechnology in his Independence Day speech while announcing the renaming of the agriculture ministry as a ministry for farmers’ welfare as well.  Genetic engineering has been good for farmers and for the nation, as the example of Bt cotton demonstrates. The gains need to be extended.

When Modi assumed the office nearly fifteen months ago, there was an expectation that the pipeline of approvals for field trials and cultivation of genetically-modified crops would be unclogged. The prime minister had not made any explicit promises. But his support was assumed.

Gujarat has benefitted the most from Bt cotton, India’s first and only genetically-modified crop, approved in 2002.  The previous season Gujarati farmers had grown Bt cotton illegally with pirated seeds, tired as they were of the country’s long-winded regulatory process. Not wanting to anger them, Modi as chief minister had disregarded the directive of GEAC, the technology regulator, to destroy the cotton crop.

Under the Van Bandhu Kalyan Yojana, a five-year scheme for tribal uplift in Gujarat initiated in 2007, Modi had tacitly supported Anand Mohan Tiwari, the state’s secretary for tribal affairs, who had been targeted by extreme environmentalists and rightwing ideologues within the Sangh Parivar for allowing the multinational company Monsanto to supply hybrid maize seed to tribal farmers. Under the Yojana, Tiwari had set a target of doubling their income within five years by moving them from low-yield white desi maize to high-yielding (non-GM) maize hybrids. Tiwari believed the energy and enterprise of the private sector would do the trick. He had roped in reputed NGOs too to guide the farmers in good agronomic practices.

Monsanto was one among a handful of private seed companies that has been chosen through competitive bidding. But the activists had spread canards that hybrid maize could trigger cancer and cause children to be born with Mongoloid features. By discrediting Monsanto, a leader in GM technology with a hold on India’s Bt cottonseed industry, they intended to block other GM crops like insect-resistant and herbicide tolerant maize. But the activists did not have their way, and Monsanto continued be a supplier of non-GM hybrid maize seeds so long as Tiwari was in charge.

Prakash Javadekar thows up his hands.

Unlike the previous dispensation, where Prime Minister Manmohan Singh’s positive vibes for GM technology were not shared by environment ministers Jairam Ramesh and Jayanti Natarajan, there is such no tension in the present government. Environment minister Prakash Javadekar told the Lok Sabha in July last year that there is ‘no proposal for a complete ban’ on field trials or cultivation of GM crops.  The government had also filed its objections in the Supreme Court to a ban on field trials recommended by a committee which the court had appointed to vet India’s GM regulatory system.  Javadekar had said the trials were necessary in the ‘national interest.’  Sanjeev Kumar Balyan, the junior minister for agriculture had said in Parliament that there was no ‘credible scientific evidence’ that GM crops harmed ‘the environment, human health and livestock’ and the government policy was to give ‘case by case’ approvals.

In June, the Prime Minister had made a brief mention about GM crop technology while hoping that the agriculture research institute in Jharkhand, whose foundation stone he was laying, would help bring the second green revolution to eastern India. But the statement was feeble and had been missed by most media persons covering the event, including the Press Information Bureau that disseminates government news.

At the Prime Minister’s prompting, NITI Aayog has begun consultations on a policy on GM crops.

But the centre’s support is not shared even by states ruled by the BJP.  Maharashtra has suspended trials under pressure from activists after permitting them in January. Haryana is unlikely to allow them, now that it is headed by a RSS chief minister. Rajasthan under Vasundhara Raje has said ‘No’. So has Shivraj Singh Chouhan of Madhya Pradesh.  In Congress-ruled Karnataka, the young junior minister for agriculture with independent charge, Krishna Byre Gowda declared in February that the government was facing severe opposition from both the left and the right and it was unlikely to permit field trails, despite a committee on biotechnology headed by M Mahadevappa, a former vice-chancellor of the University of Agricultural Sciences, Dharwad, and a decorated rice breeder, not only recommending them but also advising the state to educate public opinion.

At the moment only Delhi, Punjab and Andhra allow field trials.

Support for the technology among agricultural scientists however is very strong. In February last year, a roundtable of the National Academy of Agricultural Sciences (NAAS) under the chairman of M S Swaminathan had called GM crop technology  ‘promising, relevant and efficient’ for low-input, high output agriculture. It wanted the ‘de facto moratorium’ on field trials to be lifted at the earliest.

K V Prabhu, Joint Director (Research) of the Indian Agricultural Research Institute (IARI) says the requirement of no-objection certificates from state governments for field trials was holding back public sector advancement in GM crop technology. He said they should trust the country’s sound regulatory mechanism and if GM technology in healthcare was acceptable, there was no reason why it should not be in crop sciences.

IARI’s Head of Genetics, Ashok Kumar Singh, was worried that the younger generation was getting dissuaded.  They did not want to pursue a science in which they did not see a future. He said three agricultural science academies including NAAS had written to the Prime Minister who had agreed to actively promote GM technology.

A rice breeder who had led a team that has created blockbuster basmati varieties, Singh says GM technology is the only option for certain rice pests like the stem borer and the brown plant hopper that cause extensive losses.

K R Kranthi, director of the Nagpur-based Central Institute of Cotton Research endorsed Bt as a ‘good technology’ that gave a ‘kind of blanket insurance’ against bollworms (a stubborn pest) and cotton ‘farmers are very happy’.

Both N  P Singh, director of the Kanpur-based Indian Institute of Pulses Research and CLL Gowda, the just-retired deputy director-general  of Icrisat, the Hyderabad-based institute which researches crops for the semi-arid tropics said Bt technology could reduce extensive losses caused by the pod borer in chick pea (chana) and pigeonpea (arhar).

Public sector investment in genetic engineering is vital for public acceptance of the technology.  Farmers do not need persuasion; support needs to be created in the urban middle class which weighs in on policy.

Even those who support genetic engineering resent private sector control on it. Vijay Jawandhia, a founder of Maharashtra’s Shetkari Sanghatana, who fell out with the farmers organisation over its pro-market policies says the public sector must act as Krishna and rescue the farmers Abhimanyu from the chakravyuh of private sector Bt cotton technology.

Luckily, there have been some helpful moves in this direction. Earlier this year, a Delhi University team led by its former vice-chancellor and geneticist Deepak Pental gave its Bt cotton technology to Punjab Agricultural University and the Central Institute of Cotton Research, for incorporation in seeds that farmers can save and sow.

Pental has also developed GM mustard which he says is at least twenty percent more productive than the conventional oil seed.  He thinks like Bt cotton, it will be a hit with farmers.

The Prime Minister should lead from the front.  The environment ministry must allow commercial cultivation off those GM crops which have passed bio-safety trials. The Prime Minister must use forums like Mann Ki Baat, his monthly radio talk, to persuade the public to the benefits of GM technology. Public sector scientists will speak up when they see the Prime Minister doing so.  Only with forceful and constant iteration can the mindless opposition to GM technology be chipped away.

(Photo: A cotton dune at a ginning mill in Mehsana. Photo by Vivian Fernandes, January 2015)