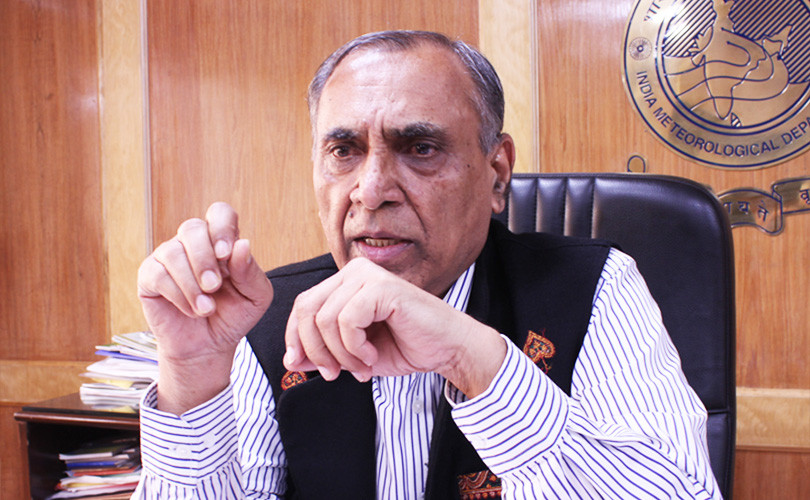 The government should follow PK Mishra committee’s advice on use of technology to improve risk coverage of the crop insurance scheme which it launched in the second week of January, says Vivian Fernandes. Block-level forecasts which the Met Departments plans to make starting this monsoon season should help farmers make informed decisions about what crops to grow and when.

The government will rely strongly on technology to enhance accuracy and minimize losses of the new, improved and renamed crop insurance scheme, which it launched on 13 January.

India currently has two kinds of crop insurance schemes. The Modified National Agricultural Insurance Scheme (MNAIS), launched in fifty districts in rabi 2010-11, relies on crop cutting samples to estimate yields and weather-induced damage. The Weather-based Crop Insurance Scheme (WBCIS) which has been in existence since 2007-08, uses weather indices as a proxy, the claims kicking in if, say, rainfall falls by a certain percentage below the average. The compensation is paid on the presumption of loss, even if some farmers have not actually suffered it.

This will require a network of automated weather stations (AWS). ‘Ideally, if I have a farm at location X, I should have a reference observatory right over there. From the perspective of the farmers anything less than ideal is not acceptable,’ says Laxman Singh Rathore, Director-General of the Indian Meteorological Department.  Many private companies which are selling data to insurance companies have set up a good network, he says, but their readings may not provide the information sought. For instance, if the sensors are on the roof, they will not be record the temperature which the crops actually experience. ‘Numbers do not matter,’ says Rathore.

‘We can settle claims at the individual farm-level today,’ says Jatin Singh, the young journalist (Aaj Tak, Sahara Samay) turned founder and CEO of Skymet Weather Services, the country’s first private weather forecasting company. It got $1 million in venture capital funding in 2012 and plans to get into the crop insurance business.

Skymet uses drones to take high resolution pictures of crops from as low as 400 metres. The shoulder launched fixed-wing machines, have a range of five km per flight. ‘We are doing it on a Maharashtra government project,’ says Singh, who admitted in an article in the Indian Express that Skymet had erred in forecasting a normal monsoon last year and paid a backhanded compliment to the IMD for predicting deficient rainfall, ‘because it seems to have finally taken into consideration the strong El Nino correlation,’ referring to a phenomenon in the Pacific ocean.  The comments did not go well with IMD. ‘False propaganda,’ Rathore said. ‘People for their short gains try to befool masses, simple,’ he added.

Skymet says it has 3,600 sensors, compared to the IMD’s 1,600. These include rain gauges and devices placed on runways and mounted on balloons.

The P K Mishra committee on crop insurance, which gave its report in May 2014, found many inadequacies in the way the schemes were managed. Area insured, particularly under groundnut crop in Gujarat, was more than the area sown, it said. The area reduction factor applied to correct for this was unfair on honest farmers. Area discrepancy was not always deliberate. In Rajasthan’s Churu district in kharif 2012, it was due to beejmari or seeds not geminating.

The committee recommended the use of technology to address the ‘chronic problem’ of area discrepancy. It said a web portal with land records data and loan accounts linked to unique land account numbers would help prevent multiple insurance covers for multiple loans taken for the same crops. Details of crop loans, premium paid, profile of loanee and non-loanee farmers should be linked to the database, it added.

The committee said insurers could verify the area under crops and their health at regular intervals with photos sent through smartphones to a server which would verify the GPS coordinates and if these matched with the loanee’s crop, send a confirmatory message to the bank and the insurer, or an alert if there was a mismatch.

The committee said the quality of data gathered by AWS could be enhanced if there was a system of accreditation, certification and monitoring. The sensors should be standardized according to the guidelines of the World Meteorological Organisation (WMO).  It wanted IMD to regulate private data providers, which may not be a good idea because of conflict of interest and may be better done by an independent regulator.  AWS must be set up in public private partnership, the Mishra committee said, with the government providing capital subsidy, if necessary, to make them viable. The AWS should take into account the specifics of agro-climatic zones. Weather and local crop production and yield data should be treated as a public good, with the agriculture ministry managing the Internet-based repository.

Rathore says the IMD has come up with standards and recommendations for weather stations set up for insurance purposes, at the request of the agriculture ministry.  But he did not warm up to the idea of a joint-sector company, with IMD picking up an equity stake, for automated weather stations, like those for  telecom towers and cash dispensers (ATMS).  Rathore said it was ‘a good idea,’ but not an easy one to implement because ‘you need manpower, you need to have a different kind of set up.’

Crop cutting experiments which the new insurance scheme relies on will have granularity, Rathore said, but are expensive if done at the village level. The PK Mishra committee wanted smartphones and handheld machines to be used for sending live pictures. The crop cutting areas could be selected on the basis of remote sensing and satellite data, to home in on those areas where the probability of losses was higher. The crop cutting experiments should be done by trained persons. Extension workers and village revenue officials could be coached, and employed as specialized cadre.

The committee wanted the Small Area Crop Estimation Method should be adopted. This uses satellite pixels and 3D cameras mounted on aircraft (or drones which Skymet employs). Historical time series of crop yields, currently available up to the state or district levels, if narrowed to the block, panchayat or village levels, would help improve the risk coverage of crop insurance.

Starting from this year’s monsoon, IMD will do block or taluk-level weather forecasts building on the confidence it developed making predictions for districts since 2007. ‘Jile mein jo kehtein hain hota hai,’ Rathore says. (What we say for the districts happens). In his view, it will take about five years for taluk predictions to meet that standard. IMD has been doing pilots for the past three years and the scheme has been approved. Public interest in weather forecasts is quite high. According to Rathore, IMD’s website gets six lakh hits a month.