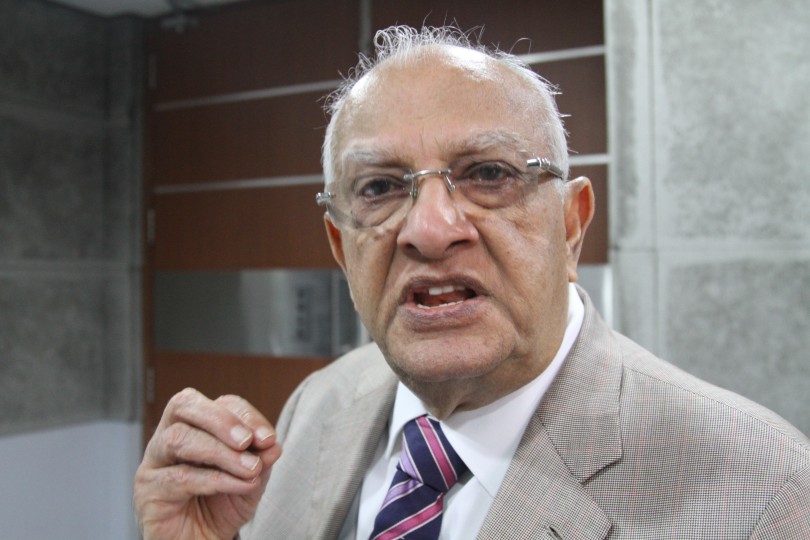 Necessity has forced Indian smallholder farmers to practice a mix of livestock rearing and crop cultivation to extract high output from a given unit of land, says the founder of UPL Limited, India’s largest pesticides company. But rural distress coexisting with agricultural vibrancy points to their inability to get better value for their produce, an aspect Shroff leaves unsaid.

India’s low-cost and diversified mixed-crop and livestock-based farming system is a unique and sustainable model, says Rajnikant ‘Rajju’ Shroff, the founder and Executive Chairman of the crop protection company UPL Limited, in an article in the Indian Express.

Indian agriculture should be assessed on the basis of ‘total output,’ or the sum of everything a given land parcel produces ─fodder, milk, eggs, fish, meat, manure, honey and timber. This, and not crop yield, Shroff says, is an acceptable benchmark. High yields are achieved in input-intensive industrial monocultural farming systems whereas India’s smallholder farms of less than two hectares each are driven by economic necessity to maximize returns. So crop cultivation and livestock rearing happens on the same plot, ensuring year round economic activity. India’s total annual agricultural output per unit area is the highest in the world, Shroff asserts, because every unit produces multiple outputs, making the country’s agriculture relatively resilient, vibrant and less vulnerable to uncertainties.

This has resulted in a three-fold increase over 14 years in the value of India’s agricultural production from $101 billion in 2000 to $367 billion in 2014 mainly because of high-value horticulture, dairying, poultry rearing and inland fisheries. The earlier four-fold rise in agri-GDP from $25 billion to $100 billion was achieved over 30 years from the early 1970s. Not only was the base low, it was cerealcentric and limited to wheat and rice.

Seen from this perspective, Indian agriculture is vibrant and competitive and not the primitive, backward, un-enterprising and crisis-prone activity it is generally perceived to be.

Shroff blames the “spiral of silence” for his misperception caused by a small but vocal group of people who have so aggressively articulated it that it has got etched in people’s minds and has become conventional wisdom. Such has been the mental onslaught that a minority of better informed people have tended to remain silent than challenge it.

Though Shroff does not extend the analogy in his article to the demonization of genetically-modified foods, the ‘spiral of silence’ can also be held responsible for the public perception that they are harmful,  when there is little or no scientific evidence that they indeed are.