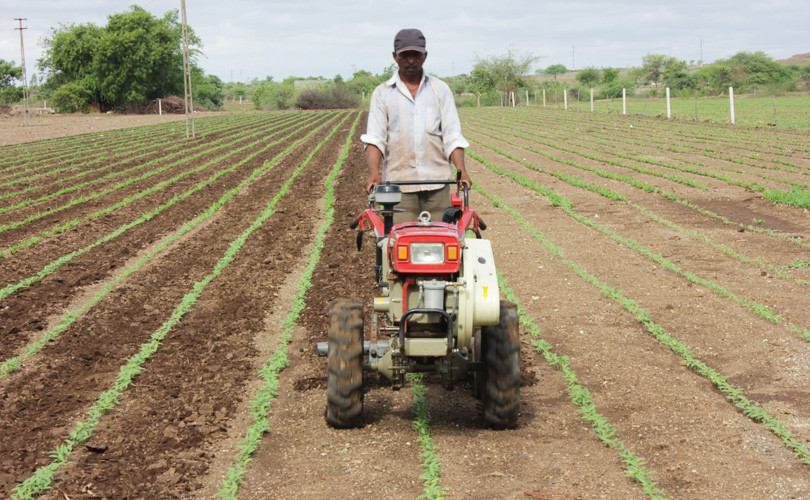 There is distress in pockets of rural India, but it cannot be a ‘vast hinterland… of hopelessness,’ when farm labour is in short supply and farmers complain of pinching wages. We need agricultural growth-promoting policies that reduce costs, raise productivity and enable rural folk to live with dignity. Vivian Fernandes’s counter-point to peace activist and former National Advisory Council member Harsh Mander’s article in the HIndustan Times. This piece was first published in www.thequint.com. (Link given below).

In a commentary on the Socio-Economic Caste Census (Many Degrees of Hopelessness in Villages, Hindustan Times 30 July), Harsh Mander finds further grist for his ideological positions. He says rural India is a ‘massive hinterlend… of hopelessness’ where there is an ‘unending epidemic of farmer suicides’ and ‘continuing distress exodus from the … countryside.’

Mander’s credentials to champion the cause of the rural poor are not in doubt. AS an IAS officer he resigned in the wake of the 2002 riots in Gujarat. He headed Actionaid India, a charity, for sometime thereafter.  He was a member of the National Advisory Council during UPA II. Through an NGO he fights for social and economic justice, and communal peace.

It is true that 56 percent of people in rural India do not own land and have to depend on manual labour.  Mander quotes Swedish author Jan Breman to describe rural landless workers as ‘footloose circular distress migrants.’

Are they? We have been travelling for a TV series on agriculture since the beginning of the year. And everywhere we heard farmers say that labour was not available when needed, that is during sowing and harvesting, because of a bunching up of demand, and they could not afford wages paid at construction sites or in factories.

We caught up with Kanhaiya Lal Patel, 52, of Tunda village in Unjha taluk of Mehsana district (Gujarat) in January, 2015. He had sold eighteen quintals of cotton to Saksham Industries, a ginning mill owned by a farmers’ producer company (FPC). Of the cheque amount of Rs 76,154, he said, he would share a fourth with labour contractor Baldevbhai Karsanbhai Vaghela, 48. This system of bhagidari is very much prevalent in Gujarat.

Rameshbhai Patel, 40, of Jethalvasna village in Mehsana said workers were charging Rs 7.50 to pick a kg of cotton in the first flush when there is plenty of it. With later flushes, when the harvest thins out, the rates rise.  He said ‘mazdoori’ was the most expensive item in his list of costs.

In mid-February, we met Sahebrao Balajio Chavan, 79, a retired high school teacher who owns 15 acres of irrigated land in Vadod Kanoba village in Kultabad taluk of Maharashtra’s Aurangabad district. He drip irrigates his entire farm on which he grows cotton, cane, maize and mosambi. ‘I do not get labour,’ he said.  He had hired a full-time worker from Bihar, whom he paid Rs 6,500 a month. ‘He works well. I will hundred percent hire another Bihari worker if I get one. They work very hard,’ he added.

Chavan had paid Rs 10 a kg to pick cotton. ‘In the last flush, I give half the picked cotton as wages.’

Subhash Laksham Thombre, 30, of Bodka village, also in Kultabad, said ‘we use family labour.’  He would not employ workers because ‘the cost is such there is little left behind.’  Thombre owns five acres on which he grew maize and cotton.

S S Ghughe principal of an agricultural diploma school attached to Vasantrao Naik Marathwada Krishi Vidyapeeth at Parbani district of Maharashtra said ‘our students get no more than Rs 5,000 a month but in the field no one works for less than Rs 8,000 a month.’   For this reason he said, ‘mechanization of sowing and picking operations is essential.’

At the end of July we were in Gulbarga (or Kalaburagi) district. This pulses growing area in north Karnataka is under-developed industrially. It has cement mills (which are capital-, not labour-intensive) and a large number of dal mills. Even here, we were surprised to hear that agricultural labour was in short supply. A reason a team of chickpea breeders, led by S M Mannur, principal scientist (pulses) at the local agricultural research station had developed machine harvestable chickpea.

At the beginning of July we were in Coimbatore. K Kanaraj, 43, of the district’s Semmedu village said they used to pay Rs 1.25 to pluck a coconut.  In one cycle of 40-60 days, about 4,000 coconuts are harvested. But the farmer producer company set up in 2013,  of which he is is a member, had brought the charge down to Rs 0.90 by assuring the plucking teams regular work.  Similar economies had been made in shelling as well. We found a ten of ten shellers furiously at work in the courtyard of P Shanmugam, 62, the chairman of the FPC.  They would not even pause to catch their breath. The rate for shelling a coconut was Rs 0.55 and each worker, we were told, did up to 2,000 nuts a day.

in March, we were in Gantar Anchal village in Memari 1 block of Bardhaman district.  Farmers, who own kerchief-size plots in this part of the country, had flocked to a field to watch a 22 horsepower, four-wheel drive tractor of VST Tillers based on Mitsubishi technologybeing displayed. It looked like a toy but was versatile. Sandip Paul, 36, the tractor dealer based in Chakdaha in Nadia district said in his three-year dealership, annual sales had increased from twenty to eighty and he was expecting to sell 150 machines this year.  To harvest a bigha of potato manually, the cost was Rs 1,700, while his machine could do the job in one hour at Rs 220 (excluding manual picking cost).

Can labour be in short supply and agricultural workers in distress at the same time?

If rural workers are roaming around in search of work, why is no- or minimal-tillage conservation agriculture catching on in Jabalpur, Ludhiana and Samastipur?

Yes, agricultural workers will be hard-pressed during off peak times. To give them assured work, we need to speed up economic growth. Mander calls this the usual neo-liberal prescription. He wants greater public spending on rural infrastructure and watershed development. These are welcome suggestions.  But land reforms are not practical. At a time when there is so much fragmentation we need to ensure managerial consolidation of land holdings by easing leasing laws.

Mander calls for increased welfare spending, ignoring the effect this has on the fiscal deficit, inflation and interest costs. He wants MNREGA, the rural employment scheme to be expanded.  Rather than more welfare spending we need to ensure that the money allotted is effectively spent.

The farmers we met universally disliked MNREGA for pushing up wages and creating labour shortages. As employers, farmers have in interest in suppressing wages. The state cannot allow that to happen. But is MNREGA really the solution?

In May we were in Mathura, shooting for an episode on crop insurance. The district had been badly hit by hailstones in March and offseason rains thereafter had completed the damage. While talking to a group of farmers about crop insurance, More Pal,  50, a farmer who owns 20 bighas of irrigated land and had leased in about seven acres, said he was not aware of the deduction for premium and could I check his bank passbook? While going through it, I found no entry for premium payments, but there were monthly receipts of Rs 1,700 for MNREGA work!

I am sure this is not an isolated example.

Mander accuses the government of practicing market fundamentalism while peddling fundamentalism of another kind. The answer to rural distress is productive employment creating growth, not more doles.

Link to report in www.thequint.com

(Top photo: Do it yourself! De-weeding a cotton field in Gondal taluk of Gujarat’s Rajkot district on 20 June, 2015. Photo by Vivian Fernandes).