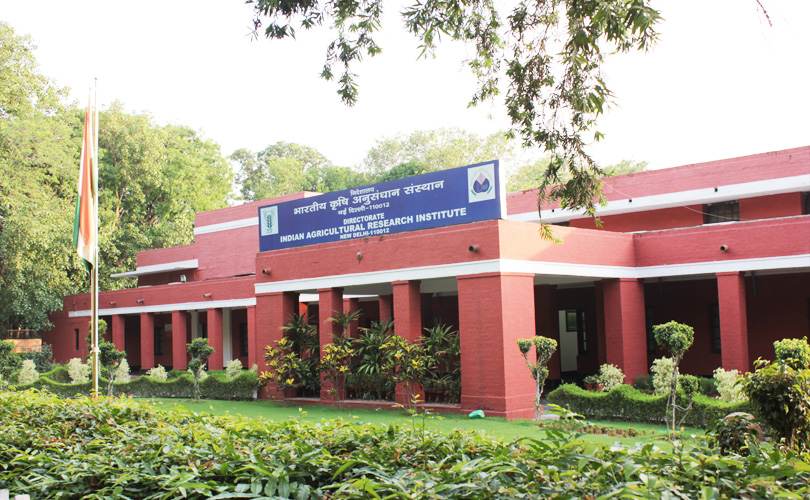 K V Prabhu is Joint Director (research) of Indian Agricultural Research Institute, Delhi. A wheat breeder, he joined IARI in 1986 and has been involved in the development of blockbusters in wheat (HD 3086) and basmati (Pusa 1509). In a conversation with Vivian Fernandes he talks about what is holding back the green revolution in eastern India and why India should not fear genetic modification technology or MNCs in the seeds business.

Prime Minister Narendra Modi is going to lay the foundation stone for Indian Agricultural Research Institute (IARI) at Goria Karma on Sunday, 28 June, 2015 in Jharkhand. The ceremony will take place at Barhi, 30 km away on the Bihar border so his party can hopefully swing votes in the coming Assembly elections, say observers. This is the first IARI in the eastern region, though ironically, India’s  first IARI was established t Pusa in Bihar’s Samastipur district. It was shifted to Delhi after an earthquake in January 1934 (hence the name Pusa Institute).

Just as IARI Delhi was responsible for the green revolution in north-west India, the new IARI could complement a programme called Bringing Green Revolution to Eastern India (BGREI), initiated in 2010 with Pranab Mukherjee as finance minister making a allocation of Rs 400 crore in that year’s budget. This was increased to Rs 1,000 cr two years later.

Money is important says, K V Prabhu but not the critical element. He believes that disseminating information about high yielding varieties and the agronomic practices to unlock their potential is key to raising agricultural productivity of the eastern states.

There is also an entrepreneurial gap and hence not enough seed suppliers. This is in contrast to the situation in north-west India where farmers grab new technology. In 2014, IARI released a wheat variety called HD 3086 which is resistant to yellow rust, produces lustrous grain and does not lodge easily. Despite unhelpful weather at the time of harvesting earlier this year, farmers reported a yield of 6.5 tonnes per hectare, says A K Singh, IARI’s head of genetics. It is now being sown over nearly ten million hectares ─ one of the fastest adoption rates.

Last year IARI licensed 108 seed suppliers of HD 3086. It had to restrict the number because it could not supply breeder seeds (from which foundation and then certified seeds, which farmers sow, are produced. This year it has licensed twelve more.

That the seven eastern states covered by BGREI (Assam, Bihar, Chhattisgarh, Odisha, Eastern UP and West Bengal) have the potential is demonstrated by the increase in rice output since the programme was initiated. Bihar’s has very nearly doubled from 3.6 million tonnes in 2009-10 to seven million tonnes in 2011-12. It has been outpaced (in growth rate) by Jharkhand at 3.3 million tonnes. Chhattisgarh’s has risen from 4.11 million tonnes to 6.24 million tonnes during this period, an increase of fifty-two percent. But the average rice yield per ha of many of these states is in the range of 1.1 to 1.5 tonnes per ha (average for three years to 2009). West Bengal has the highest rice productivity in the region at 2.9 tonne per ha. That is still below India best average — Punjab’s 3.9 tonnes, and close to Haryana, Karnataka and Andhra’s three tonnes per ha.

The eastern states can be more productive because their soils are not fatigued like in north-west India. There is no reason why their average wheat productivity of two to 2.5 tonnes a hectare cannot go up to four or 4.5 tonnes as in Punjab. With about ten million ha, an average increase of one tonne per ha can add ten million tonnes of wheat to the nation’s granary.

Of course the incentives should be there. Eastern farmers worry about procurement. In many places, they are forced to sell below minimum support prices because of poor road connectivity or state procurement agencies staying away. Bihar, for instance, does not have a network of mandis like Punjab, Haryana or eastern UP. Farmers have to depend on primary cooperative societies and private traders. (In maize, this is not a limiting factor. Poultry firms and starch companies lap up the rabi harvest because it arrives in the lean season.).

Eastern farmers will also have to learn to deliver consistent quality. Currently, there is wide variation in the quality of produce, which adds to the transaction costs. Prabhu says there is need for public private collaboration to reach out to eastern farmers and convince them to grow high yielding varieties. Once the demand is created the supply of seed will follow. IARI does not have the capacity to produce them. It will have to lean on the private sector.

Excerpts from an edited interview:

Why will the private sector be interested in selling seeds of varieties, which farmers can save and sow?
K V Prabhu: This is a myth. The success of Punjab is only because of the seed replacement rate. No farmer will think twice if he knows he is getting genuine seed for replacing existing seed. Seed cost is the least in crop production, including Bt cotton (where only private hybrids – except those of Gujarat Seed Corp – are available). An example is Bihar’s rabi maize. It is hundred percent hybrid and hundred percent private. Farmers are buying Monsanto, Biogene and DuPont Pioneer seeds. There is not subsidy unlike on hybrid rice seed. There is a rush for it. Finance is not a constraint.

What about ‘seed sovereignty’ or the right of farmers not to be obliged to buy seed?
K V Prabhu: These are idealistic statements without understanding the real requirement of the diversity that needs to be catered to.

The private sector is said to create confusion with too many brands. The director of the Central Institute for Cotton Research says 1,667 Bt cotton hybrids – almost all private – have been approved. That is the nature of the private enterprise. Marketing overkill cannot be avoided.
K V Prabhu: It is not the number that matters. Farmers are intelligent to know what is good for them. It is possible that the one who holds the market sells seed whether it is appropriate or not.

What is the corrective?
K V Prabhu: The public and private bred material should be properly time-tested for adaptation to a local region. This should be done by extension agencies of the government. They must say what is suitable and what is not. You must make private companies join hands for that cooperative work. For them also repeatability is important. They know that if they sell a wrong seed next year there will be no demand for it.

Moving on, genetic modification is a powerful technology. We find only MNCs and Indian private companies engaged in it. The public sector seems to have withdrawn.
K V Prabhu: The public sector has not withdrawn. There is a restriction on testing at the moment and the limitation of NoCs (no objection certificates for field trials) from state governments.

Public research institutions have not educated state governments about the necessity of GM technology and India’s safety assurance system.
K V Prabhu: I do not know whether state governments need to be educated. They should see it as just another technology and be confident that they do not have to worry as our public regulatory system has the risk assessment and analysis system working. If you are adopting the technology in healthcare, the same should be acceptable for GM crops too. There is no need for NoC after the central government has established the safety for use by farmers.

But a former environment minister, a parliamentary standing committee, a few scientists and, of course, activists have doubted our regulatory system.
KV Prabhu: Most people do not know that we gave clarifications to the parliamentary committee, many of which were accepted and for the next set of clarifications, we have given our replies. This part is not in the media.

At IARI, you are clear GM is a safe technology?
K V Prabhu: Yes. See, per se no technology is safe. But after risk assessment and the potential risk is identified and the management tool for it is worked out, then it is as safe as the counterpart, which is non-GM food. That is the standard. That should be the basis. Nothing is absolutely safe. If it is doing the same as the counterpart is doing, and the new input of genetic modification that has gone into it is adding value to it, and not taking anything from it, and not causing any harm to human beings, environment, animals or anybody else, then it is as safe as non-GM.

What are the GM crops IARI is working on?
K V Prabhu: We are working on fourteen crops. Vegetables, pulses and cereals where we have no recourse but to opt for GM technology. We have highlighted in each crop the traits that need to be dealt with. In rice, we need resistance to brown plant hopper. In wheat, we have no resistance to Karnal bunt or spot blotch. We have a big programme of transgenics. We are ready and in another two- three years we will come out. We cannot be compared to Monsanto or Syngenta because they have invested on a much larger scale across the globe. We are not at their stage because we started off when they had already finished. So they have a head start. We have our own genes from IIT Kharagpur and NBRI (National Botanical Research Institute, Lucknow) and we at IARI have our own genes in brinjal, ladies finger… They are on trial. We do not want to focus on the strong point of the private sector, which is cotton. Of course, there must be parallel technologies of varieties or hybrids from the public sector. We should compete like we do in other crops. There is no need to debar them (MNCs or private Indian companies). In a democratic country they are also free to get the safest technologies out and if it gives profit to farmers why not? There should be no restriction. Let CICR (Central Institute of Cotton Research) develop varieties which Delhi University has given to them. They have given us also.

What about the fear that our food system could be taken over by MNCs?
KV Prabhu: In India it cannot happen. It may be a different matter in Africa. In India, with such a well established research network, such highly trained capacity available in people, and the infrastructure of sixty five agricultural universities in place, it cannot happen. MNCs have realised they need to collaborate with us for their marketing to work. That is fair enough. If vehicles are coming from Ford and others and that is acceptable, why not say a company like Monsanto?