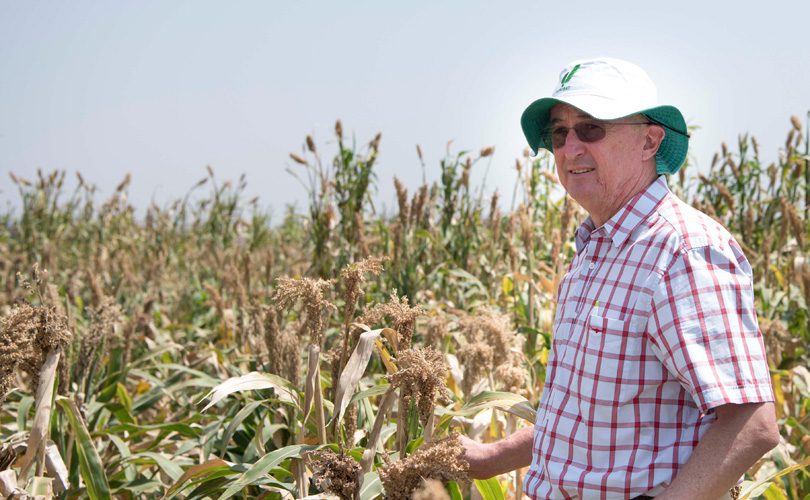 Subhash Palekar’s Zero-Budget Natural Farming came in for criticism tangentially from Peter Carberry, Director-General of the Hyderabad-based ICRISAT, while delivering the foundation day lecture of the National Academy of Agricultural Sciences (NAAS) in New Delhi on 5 June. He was speaking on the theme, “Can India’s success in agriculture benefit Africa?”

Carberry said Palekar’s prescription of 10 kg of cow dung per acre per month would provide plants with 10 kg of nitrogen per hectare (2.5 acres) per year which was “clearly inadequate.” The Food and Agriculture Organisation (FAO) defined “Zero-Budget’ as the practice of agriculture “without using any credit, and without spending any money on purchased inputs.” If Palekar’s practice complied with the FAO definition, it would result in such a low yield as to make agriculture unprofitable.

Palekar is a Padma Shri awardee. His method of farming has been officially adopted by Andhra Pradesh. Rajiv Kumar, the Vice-Chairman of NITI Aayog has lauded it in a two-part article in the Business Standard. Elaborating on the points he had made in an email exchange, Carberry said ‘the foundations of any recommended practice should be based on evidence and preferably that evidence should be available before making the recommendations and that science provides the protocols to review and critique.”

The committee’s terms of reference are (a) to review the research results of ZBNF, (b) examine the merits and weaknesses and suggest measures for validation of results at research farms and farmers’ fields, (c) examine the expected impact of promoting ZBNF on a large-scale on soil health, productivity, food production, livelihoods and sustainability of agriculture in India, and (d) make suitable suggestions for converging scientific farming practices with those of ZBNF.

At a brainstorming session at Tamil Nadu Agricultural University (TNAU) last November, Palekar was told not to use the term Zero-Budget Natural Farming, as it was misleading. Instead, it was suggested that he use the term Subhash Palekar’s Natural Farming.

“The initial findings are not in favour,” an official in the committee said.

Himachal Governor Acharya Devvrat is a votary of Subhash Palekar’s practice. According to the official cited above, he found the composition of the ICAR committee biased against it. At his suggestion, the committee has been expanded to include persons who have a positive view of SPNF.