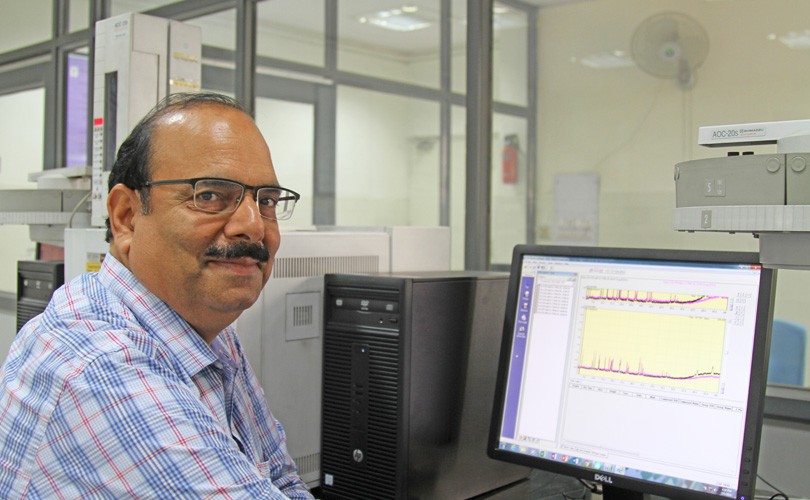 Only two percent of nearly 1,14,000 food items sampled by ICAR had pesticide residues higher than the maximum permitted and even these levels may be within the acceptable daily intake limit. Vivian Fernandes faults ICAR for being coy with its findings and not allaying the fears of the public using mainsteam and social media. This piece was first published in the Financial Express.

During Onam festival last year, political parties in Kerala competed to provide pesticide-free organic vegetables.  The Indian Express reported that the Communist Party had leased in more than 2,000 acres for organic farming and had set up over a thousand outlets to sell organic produce. The Congress Party was reported to have engaged self-help groups for the purpose. Tamil Nadu’s health department was required to certify that vegetables being exported to the state had pesticide residues within permissible limits.

Organic has become a fetish. People see the skull and crossbones when they look at vegetables, which they think are doused with chemicals. Sikkim has become wholly organic. The centre is promoting traditional, chemical-free farming. Area under certified organic farming has increased 17-fold to 7.23 lakh ha in ten years, the agriculture ministry says. (This is just 0.5 percent of the country’s sown area).  It wants another five lakh ha added in three years.

Environmentalists, traditionalists and wellness advisers seem to believe that pesticides are dispensable. They do not see them as crop protection chemicals. The opposition suits the ideological positions of those on the far right and far left because all the 260 pesticides approved for use in the country have been developed by multinationals.  But is pristine agriculture possible? Can we go back to the pre-Green Revolution days? And do consumers have valid reasons to be terrified?

The Indian Council for Agricultural Research (ICAR) has been monitoring pesticide residues in food commodities since 2005. Nine organizations and ministries with 25 accredited laboratories are involved. They follow standardized international protocols.

Of 113,744 samples of rice, wheat, pulses, oilseeds, fruits, vegetables, egg, milk, honey and water analysed between 2008 and 2015, only 2,346 samples or 2.06 percent of the total were found to have pesticide traces above the maximum residue level (MRL).

The MRL and the safe waiting period (between the last spray and harvesting) are determined on the basis of supervised field trials done at 15 centres of an all India ‘network’ project on pesticide residues.  It was started in 1984. It develops protocols for safe use of pesticides and recommends good agricultural practices.

When a company wants its pesticide brand to be approved for use on a particular crop, it approaches a registration body based in Faridabad. The food standards authority fixes the MRL based on toxicological studies, the likely daily consumption of a particular food item which has been sprayed with the chemical, its acceptable daily intake (ADI) and the residue data generated during the supervised trials. The ADI is the amount of a chemical that can be ingested daily over a lifetime without harm.

The MRL for Fluopicolide on grapes, for example, is 0.02 milligrams per kg of the fruit (assuming that the safe waiting period of 32 days between harvest and the last spray has been observed). The ADI is 0.079 milligrams per kg of body weight. If a person weighing 50 kg ate 105 grams of grapes spayed with the chemical, they would ingest 0.0021 mg per day, which is just 0.05 percent of the ADI of 3.95 mg per day for that person.

Farmers in India do not generally care about safety. They often spray indiscriminately, and on the advice of retailers who may prescribe what they have in stock even if it is not recommended for a crop.  Excessive spraying, use of inappropriate pumps, resort to cocktails, non-observance of safe waiting periods and use of spurious chemicals are not uncommon.

So it is a surprise that only 2 percent of samples were found to have residues above safe limit.  Of course, samples of chemicals not approved for a crop, and for which MRLs have not been fixed, were not counted. Even if they were, the findings may not have been alarming. ICAR is now generating data to fix the MRLs for these chemicals.

According to KK Sharma, a residue chemist and coordinator of ICAR’s national pesticide residue monitoring project, fewer fruit and vegetable samples in India were found to have residues above the maximum limit, than in the United Kingdom and Europe. Of 60,432 Indian samples analysed between 2008 and 2015, residues were detected in 15.5 percent.  (Detection does not mean harmful). Only in 2.4 percent of the samples were they above the maximum limit.  In USA 2.2 percent of the samples were above MRL, in UK 3.4 percent and in the EU 3.4 percent.

Surprisingly, ICAR found a higher percentage of so-called pesticide-free organic vegetables with residues above MRL. Of 166 samples taken from Hyderabad, West Bengal, Bengaluru, Lucknow, Kerala, Delhi and Chennai in 2014-15, residues were detected in 27 percent of the samples and in 4.8 percent of the cases the traces were above the maximum permitted.

‘Pesticides are like antibiotics’ says Sharma. They are required to protect plants from pests and diseases and minimize harvest losses estimated at 20-30 percent. And like antibiotics they should be taken judiciously, he says.

Currently only half of the sown area is covered by pesticides. Coverage should be extended to the other half too, says Sharma. That will allow us to produce more from the same amount of land. He finds the current debate skewed towards food safety at the cost of food security.

Sharma says reports  of the Centre for Science and Environment about endosulphan causing physical deformities in a Kerala village; or unacceptable levels of pesticides in soft drinks; or very high levels of organo-chlorines in Delhi vegetables (according to Jawaharlal Nehru University’s Environmental Monitoring and Assessment Laboratory) have not been found to be true.

ICAR itself must realize that its job is not only to monitor but also to communicate. It should be less wary of the media and should he active on platforms like Twitter. How about reassuring the people of Kerala before Onam in September?