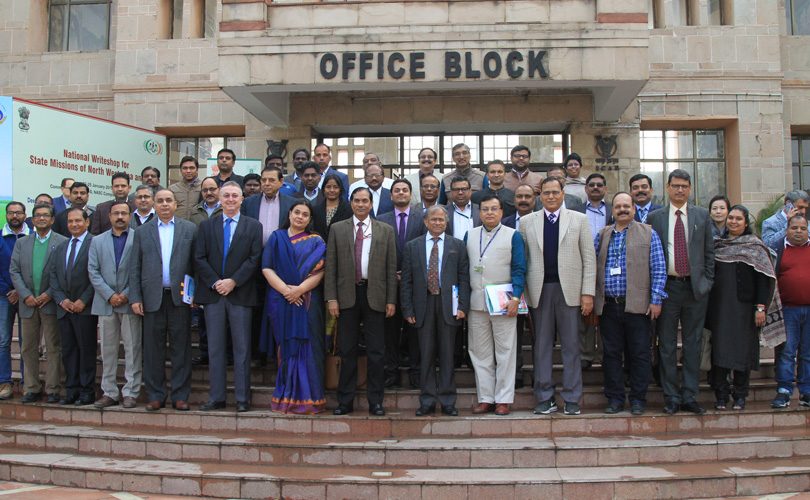 Vivian Fernandes reports on the move by the Indian Council of Agricultural Research to digitize its breeding management system. It will make breeding more efficient and facilitate collaborative research on the go.

The Indian Council of Agricultural Research (ICAR) is moving its plant breeding management system to a digital platform over the next four years. The objective is to improve the efficiency of plant breeding. It intends to double the average annual yield gain of 0.8 percent obtained through genetic enhancement since the start of the Green Revolution in the mid-60s, to 1.5 per cent annually over the next couple of decades.

The Rs. 52 cr project is funded equally by ICAR and the Bill & Melinda Gates Foundation, which, according to Purvi Mehta, its head of agriculture in Asia, has an interest in improving the efficiency of plant breeding globally, and particularly in Africa and South Asia.

This being the season of hyper-nationalism, there were disapproving murmurs at the launch event about the association with the Gates Foundation. An ICAR official who holds charge of two departments wondered whether it was necessary to take money from a foreign corporate entity.

But pretentions to national greatness wilt when tested against the touchstone of reality. ICAR is not awash with funds. The total 2016-17 budget of the Department of Agricultural Research and Extension (DARE) which operates through ICAR was Rs 5,729 cr or $855 million. In 2017, Syngenta alone, a Swiss company acquired by China for its intellectual property in crop protection chemicals and plant traits, spent $ 1.27 billion on research and development. A few other farm-facing multinational corporations have larger research budgets.

India’s Green Revolution itself was facilitated by experts and material from a  global partnership called CGIAR or Consultative Group on International Agricultural Research, which was partially funded by the Rockefeller and Ford Foundations.  Their place has now been taken by philanthropies like the Gates Foundation, which in 2017 contributed nearly $99 million or 12 percent of the grant revenue of the CGIAR institutions. 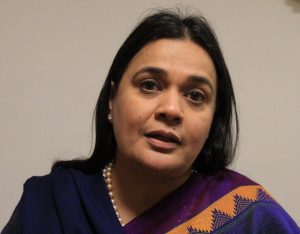 Plant breeding is tedious and time-consuming. E. A. Siddiq, who is in his eighties, says it took him 24 years to develop Pusa Basmati-1 (PB-1), the first high-yielding semi-dwarf variety of the aromatic rice. It was released in 1989. The next high-yielding basmati variety, which has been a hit in export markets ─ Pusa Basmati 1121 ─ was released 14 years later, in 2003, followed by a shorter duration version, Pusa Basmati 1509, in 2013.

But varietal development by central institutes, state agricultural universities and private companies takes place all the time. In rice 1,552 varieties have been notified so far. For wheat, the number is 511. (Only a fraction of the notified varieties are currently cultivated). Breeding and testing them at many locations is a multi-year process that requires collaboration among researchers. Digitization will enable speed and accuracy in data collection and compilation.

Instead of notebooks, researchers will record data with hand-held devices that can scan, transfer information quickly to the internet and disclose field locations with the help of satellites. Information will be recorded according to a format for uniformity. By scanning bar codes at the trial plots, information can be relayed quickly and accurately about the crops under observation. Observations like plant height, panicle length, days to 50 per cent flowering and days to maturity can be supplemented with visuals. Artificial intelligence and machine learning can be eventually deployed to make sense of the data by recognising optical patterns. In the current system, some of the information is lost in the translation. Breeders may not commit to paper all that they observe, or they may record it with a lag.

The varieties of major crops that are released for cultivation in a state or multiple states are first tested in ICAR’s All India Coordinated Research Projects for the respective crops.  There are 28 of them including fruit and vegetable crops. Varietal release is a three-year process and a lot of data is generated. For Basmati, there are at least seven public institutes that are engaged in research. The trials are done at 12 locations in the seven states that are officially permitted to certify their aromatic rice as basmati. They are coordinated by the Directorate of Rice Research in Hyderabad. Each institute may submit one or more entries for trial. At the annual rice group meeting in April a decision is taken on the promising ones that should be tested. The seeds have to be made available at all the locations for timely sowing. Their performance in the field has to be compared against a set of parameters. The ones which are significantly better than the current benchmark or “check’ varieties are then notified for release through a process of elimination. Digitization will enable simultaneous and collaborative research. It will aid coordination and also impose discipline.

Archival data from 180 trials coordinated nationally for the eight selected crops will also be migrated to the digital platform so that the genetic gain in each of the decades following the Green Revolution can be assessed.

Digitization of breeding management is one aspect. Researchers will be trained in advanced tools for selection of plants that have the desired genes. Conventional plant breeding  depended heavily  on the skill and knowledge of the breeder, says A K Singh, Head of the Division of Genetics at the Indian Agricultural Research Institute, and the project leader of the digitization initiative. Breeders select plants on the basis of phenotypes or observable characteristics which are the result of their genetic make-up, the effect of environment and interaction between two. But plants need to be selected for characteristics that can be passed on to their progeny. Measures like Genomic Estimated Breeding Value have a high correlation with actual performance and can be derived by DNA profiling the plants under trial. This is possible for crops like rice and wheat whose genomes have been entirely sequenced. Singh says such tools eliminate even the need for field trials in early generations; the selection can be done from seedlings grown in trays in labs.

International institutes engaged in agricultural research are already on the Integrated Breeding Platform, which has been funded by the Gates Foundation and the United Nation’s International Fund for Agricultural Development. ICAR’s digitisation project will enable Indian researchers to collaborate seamlessly with them. About 150 researchers will be trained in advanced genomic techniques and data analytics.

“This is a historic moment,” said Trilochan Mohapatra, Director General, ICAR and Secretary, DARE at the launch ceremony. But is productivity increase the need of the hour when farmers are complaining of low prices? Mohapatra says enhancement of yield would bring down the unit cost of production and help increase the income of farmers (if their access to markets is not curbed, the supply chains are efficient, and scale economies are made possible through aggregation of both small producers, and their plots). The country will also have to plan for the future. According to United Nation’s estimates, by 2024, its population will increase from 1.33 billion to 1.44 billion, surpassing that of China. By 2030, it will have 1.5 billion people. And there will be less land available for cultivation.  With modern techniques and digitization of the system, desirable traits can be bred in plants more quickly. That would help address the paradox of India having the largest number of malnourished people despite self-sufficiency in food.

(ICAR team posing for the cameras after launch of the project to digitize its breeding management system. Photo by Vivian Fernandes).

This article was first published in the Financial Express.