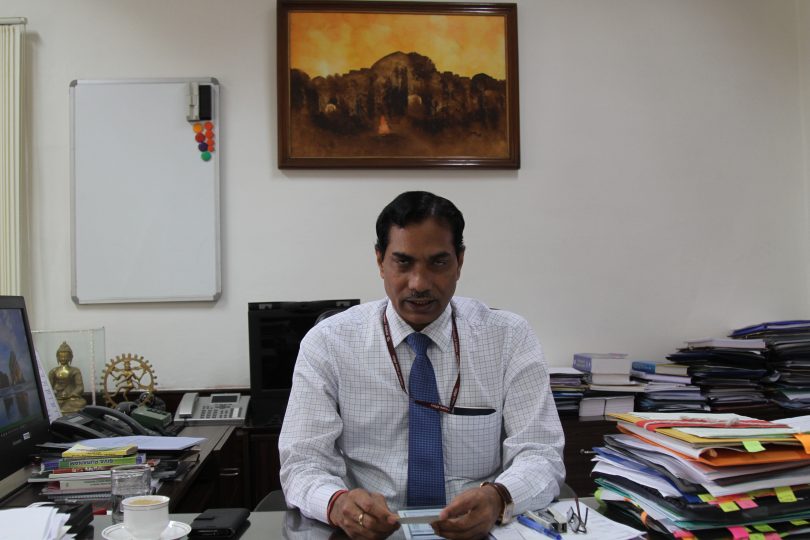 In response to the article by Vivian Fernandes in the Financial Express of 10 February, published in that newspaper as, ‘The Fall of ICAR,” and on this website as “ICAR Denies Copy of Peer Review Committee Report Citing Threat to National Interest; Information Commissioner Agrees,” Anil K Sharma has responded with a rejoined in FE of 17 February which is being reproduced here.

The article, Sharma says, undermines the impactful reforms and research carried out by the Indian Council of Agricultural Research (ICAR).  After Independence, the first priority of the nation was to achieve food security, followed by nutritional security, for which we required commodity-specific research institutions. It is to our greatest satisfaction that they have delivered and delivered well. The technologies and advisories of ICAR have brought positive impact to the nation’s food and nutritional security, foreign earnings, and improved the living standards of millions of farmers The statement that ICAR research is not aligned to the farmers’ need and ICAR scientists working for their comfort and the technologies not having sync with market demand are absolutely out of place. To cite a few examples, ICAR varieties in rice, wheat, pulses, potato, sugar cane, pomegranate, tomato, etc, and the breeds, vaccines, diagnostics and nutritional protocols in animal science and fisheries, have brought Green Revolution, White Revolution, Yellow Revolution and Blue Revolution in the past. ICAR varieties and seeds also contributed significantly in the recent revolution in pulses production, making the country almost self-sufficient in pulses. One must understand that these revolutions not only happened but sustained due to ICAR technologies, in spite of depleting and deteriorating natural resources and escalating stresses in terms of diseases, insect pests, droughts and floods.

ICAR varieties have spread to every corner of the country since the Green Revolution—the IARI (Indian Agricultural Research Institute) wheat varieties alone yielding a total value of Rs 80,000 crore during 2019-20. The marketing demand of IARI varieties can be judged from the fact that over 225 seed-producing companies have signed MoU with the IARI for seed production and sale to farmers for the two recent varieties of wheat—HD 3086 and HD 3226. The 14 Basmati/aromatic rice varieties including Pusa Basmati 1121 contribute Rs 25,000 crore annually to foreign exchange earnings for the nation through exports. In mustard, IARI-bred varieties are under cultivation on a 2 million hectare area. The neem-coated urea technology developed by ICAR-IARI reduced urea usage by 5%, saving huge resources while reducing water pollution and greenhouse gas emissions. The sugar cane variety Co 0238 having a sugar recovery level of almost 12% covered over 65% sugar cane area in northern states. The silent yet significant diversification with the introduction of soya bean varieties in the Malwa plateau region that revolutionized the oilseed economy 1980s onwards and the latest pulses revolution are some examples to cite.

It is not only crops where ICAR did well, but several of dreaded livestock diseases were also eradicated in India due to diagnostics and vaccines developed by ICAR’s veterinary research institute. Major diseases that have been eradicated include rinderpest, dourine, contagious bovine pleura-pneumonia, African horse sickness, etc. Efforts are on to develop a thermostable vaccine to make FMD (foot-and-mouth disease)-Mukt Bharat by 2024. As income security of farmers has taken centre stage, along with water conservation, ICAR has embarked upon developing good agricultural practices, precision farming, regional crop plans, climate-resilient and water-economizing technologies, processable varieties, etc. Advances such as gene-editing and genome-assisted breeding will be pursued for a breakthrough in technologies where traditional methods have not yielded much.

ICAR’s journey since 1929 has been evolutionary and subjected to periodical reviews, followed by reforms. After the recommendations of the 1972 Gajendragadkar Committee, the Department of Agricultural Research and Education (DARE) was set up to provide linkage with government and line-departments. Subject-matter divisions were created in ICAR on the recommendations the GVK Rao Committee, 1988, to have inter-institutional linkages. Functional autonomy to scientists was provided following the Johl Committee’s recommendations in 1995. Recommendations of the Mashelkar Committee, 2005, for ICAR-industry interface and scientist-entrepreneur tie-up were operationalized through the National Agricultural Innovation Project and the National Fund for Basic & Strategic Research.

Taking leads from the recent review of ICAR by the peer review committee chaired by T Ramasami, former secretary, Department of Science & Technology, the restructuring of the Agricultural Scientists Recruitment Board, reforms in the All India Coordinated Research Projects, cadre review of ICAR, revision in ICAR Guidelines for Intellectual Property Management and Technology Transfer/Commercialisation and accreditations of SAUs for standards in higher agricultural education were implemented. Some other recommendations are also under active consideration.

While reforms are on the course, ICAR has always welcomed constructive criticism and feedback to realign its activities for the betterment of its organizational set-up and to offer the best services to its clients, i.e. farmers.

(The author is CP & PRO, Indian Council of Agricultural Research. Top photo of Trilochan Mohapatra, DG-ICAR is being used only for representation).