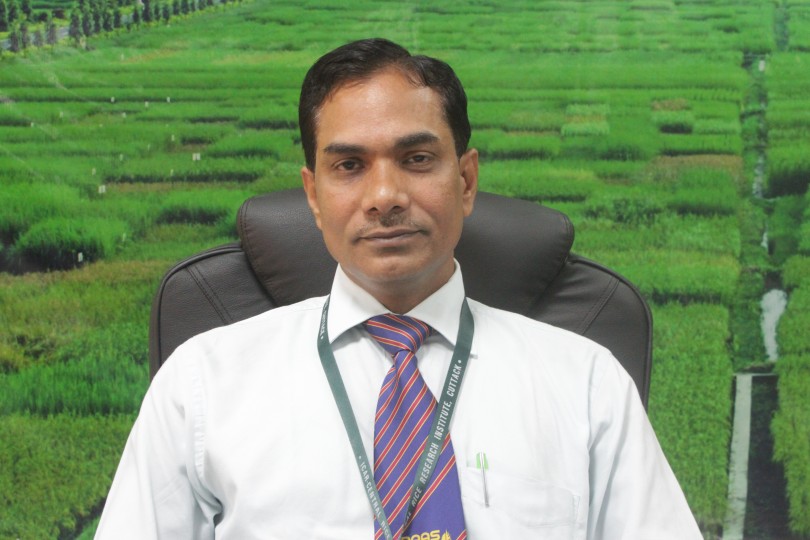 Nuziveedu Seeds takes first steps to end Monsanto’s hold on Bt cottonseed technology in India, but will the collaboration with ICAR help it deliver the knock-out punch? Vivian Fernandes reports.

The Indian Council of Agricultural Research (ICAR) and Nagpur’s Central Institute of Cotton Research (CICR) which is part of ICAR have responded positively to a proposal by Hyderabad-based Nuziveedu Seeds for collaborating on developing Bt cotton varieties, whose seed farmers can save and sow. This they expect to be an alternative to Mahyco Monsanto Biotech’s hugely popular Bollgard II technology which is currently getting adverse publicity for losses caused by pink bollworm to cotton farmers in Maharashtra. On 20 March, a state agricultural official filed an FIR at a police station in Maharashtra’s Buldana district against Monsanto for allegedly supplying cottonseed technology which was not effective against pink bollworm, Marathi newspaper Deshonnati reported.

Satish Kumar, Nuziveedu’s research director told the meeting held on 22 November that his company had already applied to the Genetic Engineering Appraisal Committee (GEAC) for permission to conduct Bio-safety Level-I (BRL I) trials for cottonseed containing cry1Ec and cry1Ac genes for effective management of American and pink bollworm in cotton. Present at the meeting were Trilochan Mohapatra, Director-General, ICAR, V N Waghmare, Director, CICR, other scientists from the two organisations, Nuziveedu’s representatives and two office bearers from the National Seed Association of India (NSAI), including its Executive Director, Kalyan Goswami. M Prabhkara Rao, the founder and Managing Director of Nuziveedu Seeds is the President of NSAI. Rao was the biggest franchisee of Mahyco Monsanto Biotech but has fallen out with the company over trait fee dues, which it says his companies owe, but he denies.

Waghmare agreed to collaborate and introgress the genes into the institute’s elite cotton varieties, provided the seeds were not sold as hybrids, which farmers have to buy year after year but as varieties whose seed they can save for sowing in the next season. Nuziveedu agreed to this condition.

Mohapatra said the CICR Director and ICAR Addiitional Director- General (Commercial Crops) R K Singh should meet with Rao to have a detailed discussion on work plan, responsibilities, timeline and sharing of credit and expenditure so that a draft memorandum of understanding (MoU) and material transfer agreement could be ready within a month.

ICAR sent a reminder to NSAI on 8 December. Though ICAR and CICR said the collaboration was with Nuziveedu Seeds, the meeting was captioned as between ICAR and NSAI. In fact, NSAI had approached the agriculture ministry with a proposal for a PPP project in which about half a dozen seed companies would participate with financial contribution. It was not to be confined only to cotton.

While it is a fact that pink bollworm has developed resistance to Bollgard II technology, it is not true that it is ineffective. ADG (CC) Singh had told this correspondent that Gujarat had managed to effectively overcome nascent resistance with a series of measures. At a meeting with ICAR in October, NSAI had sought denotification of Bollgard II but none of the states supported it. Singh said denotification, if attempted, would  have to go through the same winded process as the one for notification. He added that except for Maharashtra, other states had not found pink bollworm resistance to be unmanageable.

Sources in Monsanto and those who know the technology said holding the company legally responsible for pink bollworm resistance would be a fraught task because regulatory permission is given with conditions attached like farmers planting non-Bt cotton in Bt cotton fields so that bollworms do not develop resistance through natural selection; not prolonging the cotton crop beyond three pickings and burning the plants so that the pest’s breeding cycle is broken; and state agricultural departments enforcing these measures.

The collaboration with Nuziveedu Seeds, if it happens, will not be CICR’s first. It has accepted Bt cotton event No. 78 from the University of Agricultural Sciences, Dharwad for trials and safety studies. In June 2015, it accepted geneticist and Delhi University’s former vice-chancellor Deepak Pental’s Bt cotton event for introgression into its elite cotton varieties. CICR is also working on Monsanto’s MON 531 Bt cotton event which has gone off patent. But no commercial variety has emerged from it so far.