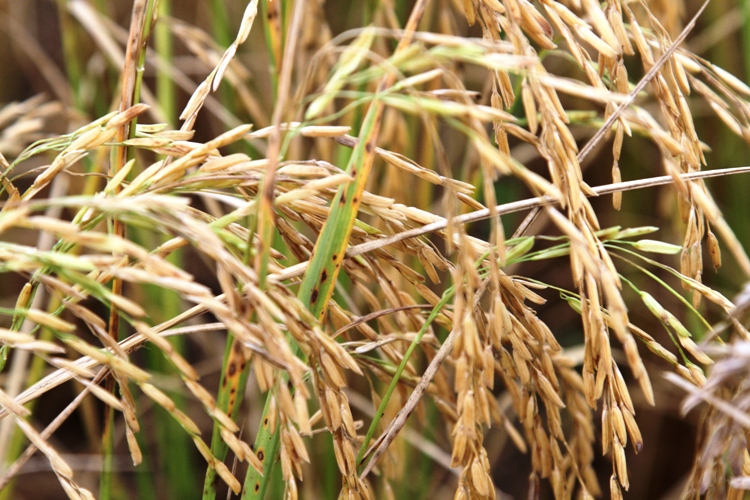 The European Union has made a hundred-fold reduction in the acceptable level of residue of a commonly used fungicide in basmati imports from 1 January, 2018. Farmers will have to use safer, costlier and often, patented molecules to meet the new standard, reports Harish Damodaran in the Indian Express.

The gene called Pi9 has been transferred to Pusa Basmati-1, a popular, high yielding variety, to create Pusa Basmati-1637.  IARI has collaborated with National Research Centre on Plant Biotechnology for this purpose.

The report has testimony from a farmer in Haryana’s Jind district whose Pusa Basmati-1637 crop has not been affected by the fungus, unlike other basmati varieties he has planted on 80 acres.

Pritam Singh Hanjra, a progressive farmer who is also an IARI fellow, has planted Pusa Basmati-1637 on five of 105 acres. He says the new variety saves him the cost of spraying costly fungicides.

Damodaran reports that Tricyclazole, the fungicide which has been disfavoured by the EU costs Rs 150-170 per acre. But with the EU reducing the allowable limit of Tricyclazole from 1 mg per kg (or one part per million) to 1 mg per 100 kg (0.01 ppm), other costlier alternatives will have to be sprayed.

For example, Azoxystrobin, sold by Syngenta, a Swiss company which has been bought by the Chinese government, costs Rs 900 an acre. DuPont’s Picoxystrobin costs Rs 1,300 an acre. Bayer Cropscience’s combination of Tebuconazole and Trifloxystrobin sets the farmer back by Rs 1,000 an acre.

Damodaran says IARI is working on stacking other blast resistance genes, like Pi54, Pi25, Pi2 and Pib, all from wild relatives and land races of rice to high-yielding basmati varieties.

(Basmati at Borlaug Institute for South Asia’s Ludhiana Campus. Photo by Vivian Fernandes. This is not basmati with leaf and neck blast resistance. Only for representation).