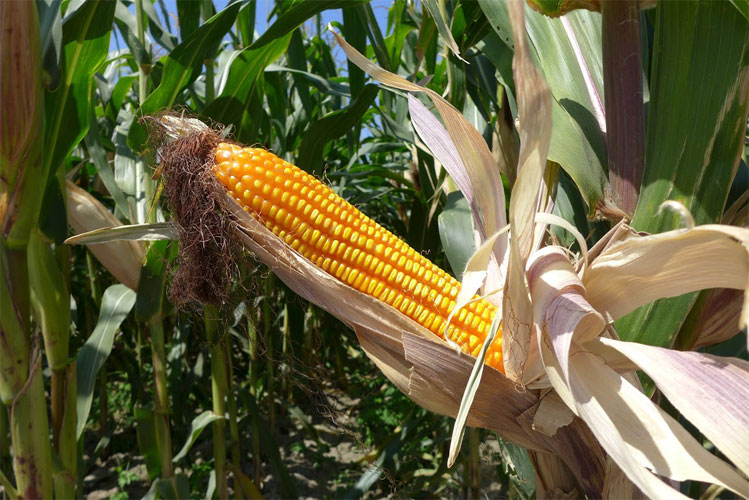 For two years the Punjab government has been trying to get farmers to grow maize instead of water-soaking paddy without much success. It is prevailing upon the central government to try another trick, reports Vivian Fernandes. This report was first published in www.firstpost.com on 14 April, 2015.

The agriculture ministry is considering a plan to deposit directly into farmers’ bank accounts the difference between minimum support price and the rate they get on maize or corn sold through regulated mandis, a state government official said.

Suresh Kumar, Punjab’s additional chief secretary who has been driving the state’s diversification out of rice into less water-using crops, including maize, said this was an alternative to compensating states for half of the losses they may suffer by themselves procuring maize, a proposal they disfavoured.

Though the central government announces floor prices, it hardly purchases any maize because there are few ration consumers for it unlike wheat and rice.  Maize is more used as poultry and animal feed than for human consumption, despite makke di  roti and sarson da saag being popularly regarded as must visit places in the culinary itinerary. The announcement of floor price for maize has become a ritual that does little for the well being of those cultivating it.

Karnataka, which is the second largest producer of maize, procured just 2,170 tonnes on its own last year at Rs 1,100 per 100 kg, after the central government said its intervention was conditional on the state pushing maize through the public distribution system. The previous year, the state had procured seven lakh tonnes on behalf of the centre at Rs 1,310 per 100 kg and a cost of Rs 939 cr. For the first time that year, the support price for maize was the same as that of rice, to persuade farmers to shift out of the water-guzzling crop.

Maize is a more efficient converter of solar energy into food and lean on water use as well. Just a thousand litres are enough to grow a kg of it. Common rice consumes about 4,000 litres. Punjab has 2.8 million ha under rice, which requires 225 cm of rainfall a year, while the state gets 60 cm. It wants to shift 1.5 lakh out to other crops, including half a million ha to maize.

Farmers are unwilling to move out of the comfort zone of wheat and rice where government purchase is assured. This along with free power has sent the water table in ninety-two percent of the state below ten metres, Kumar said, against just three percent in the 1960s.

Punjab has no issue with farmers growing basmati, a higher-value export. Last year, area under the aromatic cereal increased 54 percent. But the shift to maize, which was officially initiated two years ago, has been slow, despite the state giving hefty subsidies on hybrid seeds, setting up massive dryers and offering capital grants for purchase of harvesters and shredders.

The ministry of food processing industries, which is headed by Punjab chief minister’s daughter-in- law, Harsimrat Kaur Badal, is keen  is also keen on doing her bit. The ministry has written to states to amend their APMC laws so processors and poultry breeders can buy maize directly from farmers.  It has also approved a big food park on the Phagwara-Hoshiarpur highway where the anchor facility will be a maize processing plant. ITC is setting up a maize processing unit at Kapurthala and Cargill, a cattle feed plant in Bhatinda.

Kumar says farmers will not be persuaded to shift out unless maize can fetch at least Rs 84,000 a hectare (gross, not net) which they get from rice. At current prices and yields, the earnings from maize will be Rs 44,000 a hectare. To win Punjab farmers over, the productivity will have to double.

The state supplies only those seeds to farmers as have been vetted by Punjab Agricultural University and declared suitable to its agro-climatic conditions. But there is a huge difference in the yield that seeds deliver in regulated conditions and on farmer’s fields. Kumar urged the nine contracted seed companies, including multinationals like Dupont Pioneer, Monsanto and Syngenta, to ‘please go to farmers with a credible product,’ by improving seed quality in association with the state’s agriculture university and bodies like the Borlaug Institute.

Gulati says as chairman of the Commission on Agricultural Costs and Prices, which he headed until last year, he had told then agriculture minister Sharad Pawar, to pay Rs 10,000 to each maize farmer in Punjab, as the saving in power, water and fertiliser subsidies would more than compensate. But the finance ministry did not warm up to the recommendation.

Sharad Khurana, country manager of Dupont Pioneer India, says the state must do a profiling of all the blocks that are fit for corn production, develop a package of agronomic practices and a institute a mechanism to educate farmers so their yields will improve. ‘Just by offering a subsidy on seed will not help,’ he says.

Reaching out to farmers across the state was beyond the capability of individual companies with outreach staff in the low hundreds, Khurana said. Pioneer was amplifying its reach by training young farmers (60,000 so far) in agronomic practices for free, on condition that each of them trains 30 farmers in turn.

Monsanto India CEO Shilpa Divekar Nirula said ‘changing the mould’ will not be easy as maize has not been a key crop in Punjab. But with food habits changing and people consuming more meat and poultry, demand for maize was increasing. Production has doubled to 24.4 million in the past 13 years, and so had prices over the past eight years. She called upon seed companies, governments and processers to collectively create a ‘vibrant ecosystem’ where maize could thrive.

There were eight million maize farmers in the country, but Nirula singled out Saroj Devi Verma as an example of what many of them could achieve with better seeds and good agronomic practices. Verma, 46, owns four hectares in Kalpurwa village of eastern UP’s Bahraich district. In 2011, she got 6.2 tonnes per ha. She did not stop at that. In 2013, she got 11.3 tonnes per ha and was honoured with a state award.