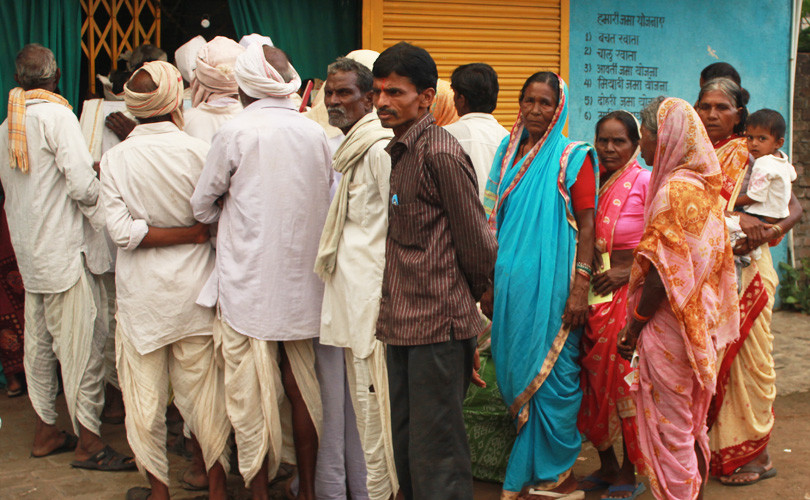 Ill-health is the leading cause of suicides in India, says a report by the Brookings Institute. In Andhra and Maharashtra, which have a high suicide rate, it has triggered about 30 percent of the cases, higher than across India, reports researcher Shramika Ravi.

The link between indebtedness and farmer suicides is not as straightforward as the Maharashtra government has concluded, Ravi says. She believes the farming community of Bihar and Uttar Pradesh may be as distressed but is less prone to going over the edge.

‘The government response to the crisis of farmer suicide has been simplistic and in some cases perhaps aggravating’, reports Ravi. ‘The main problem with offering ‘special packages’ to deal with such a problem is that it is reactionary rather than pre-emptive long term policy.’

Health reforms at the state levels and particularly in rural areas are likely to have a greater impact on distress and suicides than forgiving institutional loans, Ravi says.

Andhra and Maharashtra report significantly higher number of suicides in each category, be it government service, private service, or students, than Uttar Pradesh and Bihar.  So the interventions to prevent them should target Andhra and Maharashtra and extend beyond the farming community to the larger population in these states.

The other highlights of the report are that housewives as a category are the most at risk. They comprise the largest share of suicides at 18 percent. This website had reported this four months ago.

Suicides are characterized by a prior history of difficulties and perhaps also mental illness that renders the person vulnerable to suicidal behavior, Ravi says.  She therefore wants them reported with sensitivity. Journalists should avoid sensationalizing the final crisis as the major cause of suicide; avoid excessive detailing of the suicide method and the story should aim at presenting suicide as a bad choice to resolve crisis or deep despair.

Ravi finds prominent newspaper or television coverage aggravating suicidal behaviour in the audience. The magnitude of the increase is related to the amount of publicity given.  She calls for a media code of ethics, and guidelines for reporting suicides like the BBC and the Guardian. It is important to provide training to journalists who report suicides, she says. For example, Australia has such training as a part of curriculum in journalism.

The Centers for Disease Control in the US, Ravi says, has  developed guidelines for community response to a suicide cluster. The recommendations include (1) convening a coordinating committee from all concerned sectors of the community; (2) education, public health, mental health, local government and suicide crisis centers; (3) delivering a public response that minimizes sensationalism and avoids glorifying the suicide victims; evaluating and counseling community members who may be at risk. (This may be too much to ask of Indian governments whose response to a crisis is to wait it out till it blows over. – Editor)

(Top photo: A queue outside a local bank in Bambraja, Yeovatmal district of Maharashtra on 11 October,2013 for old age pension. Bambraja, was one of the villages which a standing committee of Parliament headed by CPIM leader Basudeb Acharia visited in March 2012 to investigate farmer suicides. Photo by Vivian Fernandes).