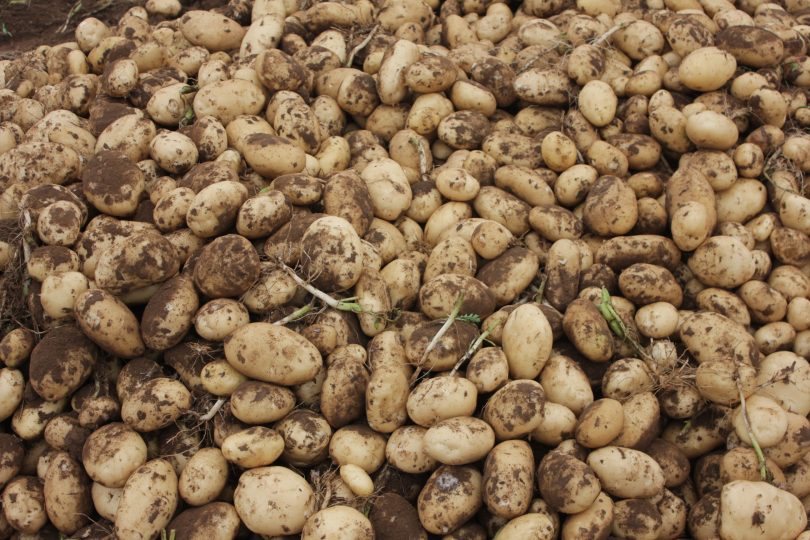 PepsiCo India got flak for moving court against farmers who infringed its IPR, but it may have got what it wanted, with the Gujarat Government saying it will ensure that nobody abuses the law that was meant to help farmers, reports Vivian Fernandes.

The Gujarat government “wants the best possible deal for farmers” and has told PepsiCo India it can play the “umpire” in its contract farming arrangement with potato farmers, Gujarat’s Chief Secretary J N Singh said.

Singh said the company was paying “a good price” to farmers and the government wanted the contract farming programme to go “smoothly.”  He had suggested tripartite agreement “as a model,” where the government would be a party to a contract between PepsiCo and potato farmers.

Singh spoke after PepsiCo offered to withdraw the cases it had filed against nine farmers and two traders-cum-farmers for allegedly using its protected FL 2027 variety, which it sells under the trade name FC 5.  PepsiCo had sued some farmers for Rs 20 lakh each. From others, it had sought damages of Rs 1.05 cr each. A PepsiCo executive said the higher damages were meant to fast-track the litigation and not for monetary gain.

The FL 2027 variety was registered in the United States in February 2004 and enjoys protection there till February 2024. PepsiCo India Holdings commercialized the variety in India in December 2009. It applied for registration under the Protection of Plant Varieties and Farmers’ Rights (PPVFR) Act, 2001 in February 2011, two months after the PPVFR Authority allowed new varieties of 11 crops including potato to be registered. Registration for FC 2027 was granted in February 2016. It will remain protected in India till February 2031.

PepsiCo was forced on the back foot by a backlash on social media. More than 190 organizations and individuals who claim to speak for farmers urged PepsiCo to take back its suit. The company was also on weak grounds legally because Indian law gives not just exemptions from breeder’s rights to farmers but also active entitlements.  Congress Party leader Ahmed Patel chided the company and the Gujarat government. PepsiCo felt isolated. Rather than risk further damage to its reputation, it withdrew the litigation.  This has been passed off as a triumph of the underdogs and a reminder to multinational corporations that however high they might be, the Indian law is above them.

Ashwani Mahajan, Co-Convenor of the Swadeshi Jagran Manch, an affiliate of the Sangh Parivar which supports economic nationalism tweeted that it was a “moral victory for farmers.”

Realising it was losing the battle of perceptions PepsiCo accepted the face-saver of a negotiated settlement which the Gujarat government offered. “We are relying on the said discussions to find a long-term and an amicable settlement to all issues around seed protection,” PepsiCo India said in a statement.

If PepsiCo had persisted with the litigation, an opportunity would have been afforded to the courts to clarify the extent to which the entitlements of farmers could abridge the rights of breeders, a legal executive at an Indian agricultural biotechnology company with a portfolio of IPRs said. The section of the PPVFR Act granting farmers the exemption to save, share, exchange and sell produce and seed of even protected varieties (in an unbranded form) has not been legally tested, she said. The Act says farmers will be deemed to be entitled in the same manner as before the law came into force. The legislative intent, she said, was to permit the customary practice of farmers using saved seed for sowing. The courts would have been able to say when a farmer selling the seed of a protected variety became a trader.

PepsiCo is the largest procurer of chips-quality potatoes. It buys 3 lakh tonnes annually from 24,000 contract growers. It paid about Rs 10 a kg in the last season. That would have resulted in a transfer of Rs 300 cr to farmers.

The sued farmers were not on contract to PepsiCo India. If they wanted to supply chips-quality potatoes to PepsiCo’s rivals they have a choice of non-protected varieties like Lady Rosetta, ATL or Atlantic and Chipsona 1, 2, and 3.

PepsiCo India executives say they have been advertising in local newspapers that FC 5 is protected. They have distributed pamphlets in villages to create awareness and also told cold storages not to stock FC 5, which is meant for is captive use.  PepsiCo India had offered to buy FC 5 produce from the sued farmers and invited them to become its contract growers the next season. It had sold FC 5 seed to its contract growers at Rs 20-25 a kg depending on size and had brought produce from them at about Rs 10 a kg.

PepsiCo India executives say FC 5 gives it a competitive advantage. It is higher-yielding, has a higher proportion of dry matter and a lower percentage of reducing sugars. But Vinay Bhardwaj, Head of Crop Improvement at the Central Potato Research Institute (CPRI), Shimla, says ATL was better in some respects. Ismail Sheru, a contract grower in Banaskantha of French fry-quality potatoes for McCain, a Canadian supplier to McDonald’s was also of the same opinion

PepsiCo’s rates were similar to those offered by Hyfun Frozen Foods, which has 1,200 farmers on contract and procured 62,000 tonnes of potatoes in the last season. The company has a processing plant at Mehsana and supplies French fries to Burger King and KFC. It charged Rs 26 a kg for seed and paid Rs 9 a kg for potatoes at the farm gate.

The backstory is that Fulchand Kachchhava, the MD of Tirupati Balaji Potato Chip, a company that procures potatoes for Balaji Wafers is orchestrating the agitation. The company’s registered office is in Deesa, Banaskantha. Kachchhava and his brother, who are also potato growers, were among the 11 who were sued.

Kachchhava admitted to Firstpost that he was procuring 40,000 tonnes of potatoes. He had bought at the rate of Rs 9.50 -10 a kg. These were both cooking variety and chip quality. He said he went by the characteristics of potatoes and not their trade names. He denied backing the sued farmers or engaging a PR agency to smear PepsiCo. “I don’t know what a PR agency is,” he asserted.

Kachchhava said farmers were agitated by PepsiCo action. Till it withdrew the suits, farmers’ unions have decided to continue with the “seed andolan” or protest at its potato collection points. They might even boycott its contract farming programme, he added.

Contract farming is good for farmers. It gives them the assurance of prices. India wants to encourage it. It has drafted a model law for the states to enact. Farmers also gain from hand-holding in good agronomic practices. PepsiCo says it encourages sustainable practices like water-saving drip and sprinkler irrigation, the application of precise quantities of liquid fertilisers and the use of labour- and cost-saving machines for planting, spraying and harvesting.

In the late 1980s, when PepsiCo sought a license to ply its soft drinks business in India, the government made horticultural development a pre-condition. Under the leadership of Ramesh Vangal, PepsiCo India set up a tomato processing plant in Punjab. It got farmers to grow tomatoes under contract. The varieties they planted were tall with fruit at various stages of ripening. These could be plucked manually with family labour.  Since the harvesting was in installments and not in one go, the processing plant was smaller than in the developed countries – appropriate for a country with scarce and expensive capital. The pasteurized paste was of a quality that was acceptable to the finicky Japanese market. PepsiCo also introduced techniques like deep chiselling to break the hard pan that was formed about two feet below the surface in Punjab’s fields due to compaction by tractors. This allowed plants to access underlying nutrients

Another contract buyer, McCain, also changed the way potatoes were grown in the Banaskantha region. Before it began its operations in 2006, farmers would flood irrigate their fields. They would tap into the aquifers recharged by the River Banas. The water used over the course of a four-month period, from sowing to harvesting, if stacked would rise to a column about two feet high. McCain converted the farmers to micro-irrigation. With information provided by its weather stations, its agents in the field would tell them when to irrigate and how much. Not only was water saved but pests and diseases caused by humidity decreased.

Jalgaon in Maharashtra has become a banana hub because of Jain Irrigation. The state is the second largest producer of bananas. Jain Irrigation promoted the cultivation of the fruit through a combination of tissue culture, drip irrigation and fertigation. It replaced traditional varieties with the high-yielding Grand Naine from Israel in the early 1990s.

While speaking at a meeting of the Asia-Pacific Rural and Agricultural Credit Association in Delhi in December 2017, NITI Aayog Member (Agriculture) Ramesh Chand said the involvement of companies was essential for profitable and innovative agriculture. But their share in agricultural investment at 2 percent was very low compared to that of farmers (84 percent) and the government (14 percent).

India’s milk revolution was brought about by Amul’s contract dairy farming and the Green Revolution in north-west India was due to the price, procurement and hand-holding support given by the Indian government.

It will be a hollow victory for farmers if companies like PepsiCo India who benefit farmers through contract farming arrangements are painted as villains for trying to protect their intellectual property.

(Chips quality potatoes at a farm in Banaskantha. Photo by Vivian Fernandes).