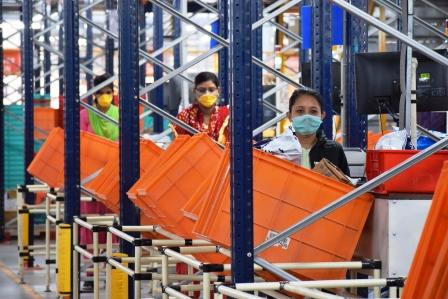 When the government is bringing down barriers in agricultural trade, why make an exception to the stocking and retailing of groceries by e-commerce companies, ask Vivian Fernandes.

The government has turned down Flipkart Farmer-Mart’s application to trade in agricultural produce. The Foreign Direct Investment (FDI) policy does not allow an e-commerce entity to hold goods in stock and sell them. It can only provide a platform (or marketplace) to other sellers and connect retail buyers to them. But Walmart-owned Flipkart took recourse to a clause in the policy which allows 100 percent FDI with government approval in retail trading, “including through e-commerce” in respect of food products “manufactured or produced” in India.

“We are evaluating the department’s response and intend to re-apply as we look to continue making significant impact on small businesses, farmers and communities in India,” Flipkart’s Chief Corporate Affairs Officer Rajneesh Kumar said in a statement. “At Flipkart, we believe that technology and innovation-driven marketplace can add significant value to our country’s farmers and food processing sector by bringing value chain efficiency and transparency,” he added. 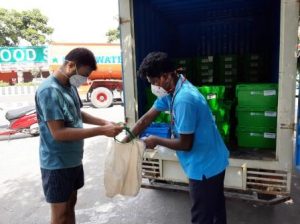 Guruprasad Mohapatra, Secretary, Department for Promotion of Industry and Internal Trade said the FDI policy allowed online food retailing, but there are conditions attached. He did not specify the conditions. He said Flipkart could reapply after complying.

Flipkart already delivers groceries as a marketplace, where it does not itself stock but connects sellers with buyers. Last month, it signed an MoU with Karnataka’s mango development board to enable mango growers to sell the fruit online.

The narrow, rather than expansive view, taken by the government shows that it is not the great liberalizer that it claims to be. Among the many post-lockdown measures that Finance Minister Nirmala Sitharaman proposed for revival of the agricultural economy is a central legislation to facilitate trading in agricultural produce. On 3 June, the Cabinet approved three ordinances to amend the Essential Commodities Act, allow inter-state and intra-state agricultural trading and permit direct purchases from farmers.

Between March and May, six states ruled by the BJP or its allies have promulgated ordinances or passed laws to shrink the footprint of the regulated mandis and allow farmers a choice of trading platforms, including private market yards and electronic-trading sites. On 2 June, Tamil Nadu joined them with an ordinance.

A Country-wide Trading License Will be Aashirwad for ITC

One of the companies that have been rooting for the proposed central law is ITC, which has built a sizeable franchise in branded staples, snacks, fruit juices and dairy products using cash from cigarettes, which is a profitable business but faces hostility from healthcare regulators.  Its Aashirwad brand of atta, rice, masalas, curd and paneer generated sales of Rs 4,346 cr in 2019, or about 10 percent of gross sales value (including taxes). The sale of other branded food products contributed revenue of 9,669 cr.

Sunil Kumar Verma, 41, says he sold 200 quintals of wheat to ITC at Sehore near Bhopal for Rs 1,925 a quintal in the third week of May. That is also the government’s minimum support price. ITC’s e-choupal is 12 km from his house at Kakerkheda village in Ichchawar tehsil and near a regulated mandi.

Verma prefers to sell to the company because his produce is electronically weighed, he is not charged hamali (unloading and loading charges) of Rs 7 a quintal, the testing for quality (visually and with a moisture meter) is transparent, and the payment is instant.

At the mandi he would have been paid less, he says, depending on the commission agent’s assessment of his compulsion and various arbitrary deductions.

ITC began direct buying of produce from farmers with six internet-enabled soya e-choupals in Madhya Pradesh in June 2000. There are 6,100 of them now covering 35,000 villages in 10 states, the company says. Coordinators at the village-level aggregate the produce. They get a commission on sales. There are e-choupals for wheat, rice, pulses, coffee and shrimp. They provide space for sellers of farm inputs and implements, financial services and groceries and act as one-stop shops. 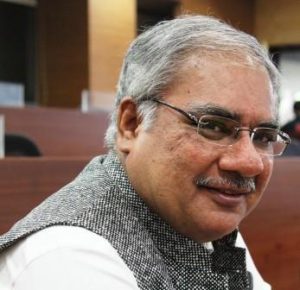 Directly buying from farmers helps the company eliminate wasteful intermediation and handling costs. At the mandi it would have got produce of Fair Average Quality and the identity of individual varieties Like Raj, Lok 1 and Sharbati that go into its Aashirwad atta blends (tailored to regional palates) would not have been preserved. Based on feedback from consumers, it can tell farmers the varieties they should grow. It recommends to them the package of practices to follow for better quality and higher yields. Farm demonstrations are held to train farmers in better agronomic practices. In the case of shrimp exports to Europe and the US, where deviation from food safety standards can result in entire consignments being rejected, the company’s hand-holding greatly helps.

In a way, ITC is doing contract farming, though no formal agreements are signed with farmers. But the presence of procurement facilities and the promise of purchase of commodities of interest to it at publicly-quoted prices reassure farmers.

This also helps varietal development. ITC has made ‘Sharbati’ familiar to consumers. It is a variety of wheat with lustrous grain that produces off-white chapattis which remain soft for long. It was traditionally grown in the rain-dependent areas of Sehore near Bhopal. It is also grown in and around Ujjain in the Malwa plateau. To insure the Ashwirwad brand against weather-induced crop failures and assure supplies, ITC has diversified Sharbati cultivation to areas around Neemuch in MP and Kota in Rajasthan. But because of high wind velocity in these areas, ITC got the tall traditional varieties anatomically altered with a dwarfing gene so they would not lodge or bend over and result in yield loss.

“It will surely help in making our agriculture a demand-responsive production system,” says Surampudi  Sivakumar, who oversees agriculture and IT businesses at ITC, about the proposed central law. “It also makes the environment more conducive for private investments.”

The regulated mandis came up in the 1960s to protect farmers. Over time, the agricultural produce marketing committee (APMC) acts under which states set them up became restrictive. The arhatiyas  or commission agents at the mandis became cartelized. Farmers were required to sell notified produce only at the mandi yards. Even if they sold outside in the notified area (which extended to a block or a district), they had to pay mandi cess going up to 4 percent in some states, even if they did not use market yard facilities.

The centre proposed two model legislations for the states to enact and make it easier for farmers to trade – in 2003 and 2017. All states have enacted the amendments, but with the exception of Arunachal Pradesh, the others have carved out exceptions to the model legislations.

In Madhya Pradesh, a private procurement centre could not be established within the factory premises, says Sivakumar. In some states, a private market yard cannot be within a radius of 15 km of a regulated mandi. States like UP gave annual licenses – at times towards the end of the harvest season when there was little grain left to procure.

A Raft of Ordinances During the Lockdown from BJP-ruled States

Prodded by the centre, states ruled by the BJP or its allies issued ordinances or passed legislation between 3 March and 2 June to amend their APMC Acts as per the 2017 model legislation. The amendments made by Haryana, Karnataka, Gujarat, Madhya Pradesh, Uttar Pradesh , Odisha and Tamil Nadu have shrunk the footprint of the regulated mandis. They allow a variety of alternative trading platforms to emerge, permit direct buying and have provisions for unified state-wide trading licenses to be issued.  Gujarat has been the most liberal, while UP has been the least. It has only allowed direct buying and selling of 45 fruits and vegetables.

Congress-ruled Punjab has amended its law but has kept the trading of cereals and cotton within the purview of the regulated markets, while denotifying fruits and vegetables, wood and flowers.

Expect Slips between Promise and Performance

Despite the enabling provision, large buyers may not want to buy directly from farmers for logistical reasons. ITC’s e-choupal network has not expanded since 2007. Siraj Chaudhry, MD and CEO of National Collateral Management Services Limited says companies that trade in agri-commodities will continue to buy from trader-aggregators, rather than deal with hundreds of small farmers. Chaudhry was earlier chairman of Cargill India, a large American corporation trading in commodities. Wholesalers like Metro Cash and Carry say they do not have the scale to source cereals like wheat and rice directly from farmers, though they have buying arrangements with them and collection centres for fresh produce.

Mekhala Krishnamurthy, who teaches at Ashoka University and has done studies on regulated markets, says their grip on the farm trade may be exaggerated. Farmers sell a sizeable quantity to village baniyas, she says. Changing the law does not change “structural power,” she asserts.

For smallholder-farmers with say, 20 quintals of produce, selling in a regulated mandi may not profitable. The transportation cost, the chances of having to stay overnight near the mandi while awaiting their turn in the queue for auction and the expenditure on outside meals, may not add up. They might sell to the local baniya at a discount to the mandi price. They might also be in debt to them and be forced to sell soon after harvest when prices are low. These local traders might sell the produce to a bigger trader after aggregating small lots.

Even so, a choice of trading platforms and state- or country-wide trading licenses will help. If they can arrange working capital, farmers’ producer companies can do the aggregation of produce from their members and sell directly to large buyers.

Regulated mandis should not be neglected. “Farmers should have alternative options but existing ones should not be weakened,” says agricultural economist and NITI Aayog Member Ramesh Chand.  During the current epidemic, the private hospitals virtually withdrew and those infected or sickened by the coronavirus had to seek public healthcare.  The regulated mandis will remain trading platforms of the last resort. With competition, they might improve their practices rather than risk being consigned to the scrap heap.

(Top photo of Flipkart’s packaging hub courtesy of the company)