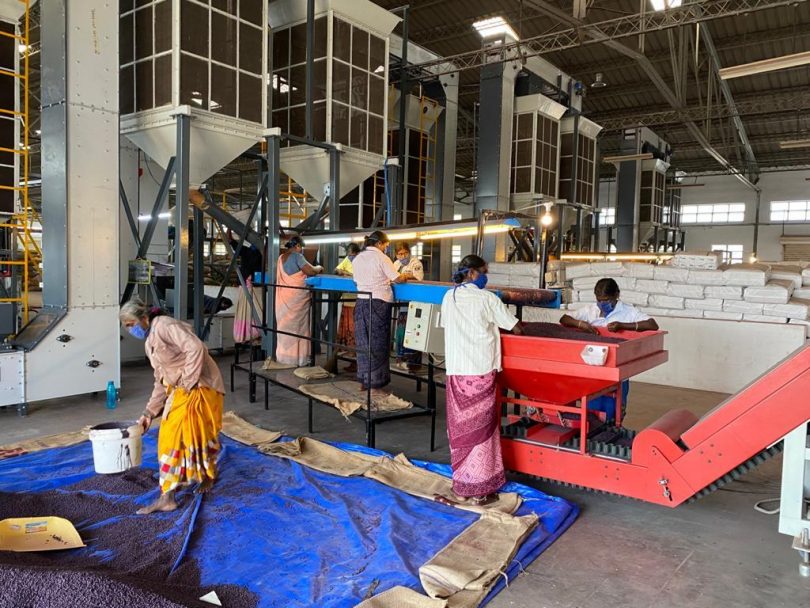 Ideological, and not economic, reasons are behind the government’s move to scrap trait fees on Bayer’s proprietary cottonseed, says Vivian Fernandes. Farmers do not stand to gain because the retail price is unchanged, giving seed companies an advantage of Rs 20 per pack of 450 grams.

Even when the country is facing economic disruption caused by the Covid-19 epidemic and the seed industry is trying its best to cope with the lockdown of 21 days, the government has not pulled back from pushing its ideological agenda and playing nationalist seed companies versus multinational technology provider.

In a notification issued on 24 March, the agriculture ministry abolished the trait fee or royalty on proprietary Bollgard II Bt cottonseed entirely, enriching seed companies at the expense of Bayer Cropscience, the technology owner, and farmers. Farmers will continue to pay Rs 730 a packet of 450 grams of Bollgard II cottonseed, while Bayer Cropscience gets nothing.

About 50 million packets of the Bollgard II cottonseed are sold in the country annually. This means a loss of about Rs 100 cr to Bayer in royalties.

This zero-sum game does not help Indian agriculture when innovative technologies are needed to battle climate change and to produce more will lesser inputs. If India’s public sector research institutions were at the frontline of cutting edge technologies a disregard for patents would not matter. But that’s not the case.

“While it is disappointing to see the full elimination of trait fees we will in collaboration with other technology providers continue to highlight the need to maintain a reasonable level of trait fees,” the Bayer spokesperson said in a boilerplate statement. “This is essential to support stewardship, maintaining longevity and at the same time investing in future technologies; factors that are critical to preserving global competitiveness and livelihoods of millions of smallholder cotton farmers across India,” the company added.

“I am not so happy with the abolition of trait fees,” M. Ramasami, the founder and chairman of Salem, Tamil Nadu-based Rasi Seeds said, though his company stands to gain. He is also the President of the Federation of Seed Industry of India (FSII).  If the technology provider does not get royalty who will ensure quality control, Ramasami asked. Seed companies that have little regard for quality will introgress the bollworm-killing Bt trait into their seeds. If their seeds don’t have adequate potency, bollworms will develop resistance, and Indian farmers will lose the benefit of a technology that has saved them from the bollworm scourge for close to 20 years, Ramasami said.

Ramasami says his company is the largest seller of Bt cottonseed with a third of the market share. It is itself developing Bt cotton technology. It has been at it for six years. It takes about 15 years to perfect the technology and obtain regulatory approval. If technology developers are unsure of recouping their investment and profiting from it, R&D activity will suffer. Private companies will not develop proprietary agricultural innovations in the country not import it, he said.

Cotton farmers in India affiliated to Maharashtra’s Shetkari Sanghatana have been agitating for easy access to technology. In July last year, they planted unapproved genetically-modified herbicide tolerant cotton at Akola in Maharashtra. Scores of farmers across the state followed, in defiance of the law. Unsure of the patent regime, Mahyco or Maharashtra Hybrid Seed Company, which had obtained the technology from Monsanto (now merged in Bayer) had withdrawn the application for approval of herbicide-tolerant Bt cotton. Given the government’s latest move, it is unlikely to reapply.

Ideological, rather than economic, reasons seem to have informed the government’s action. The previous agriculture minister, Radha Mohan Singh, took a nationalist versus multinational position. In May 2016, he brought Bt cottonseed under price control nationally and fixed the price per packet of 450 grams at Rs 800. Till then the maximum retail price in states like Maharashtra and Telangana was Rs 930. The trait fee was slashed from Rs 180 (including taxes) per pack to Rs 49. Thereafter, the trait fee was reduced to Rs 20 and abolished altogether on 24 March.

The move to abolish trait fees on Bt cottonseed has been driven by the National Seed Association of India (NSAI), whose President M. Prabhakar Rao, has had an uneasy relationship with Monsanto.  Rao’s Nuziveedu Seeds was the largest seller of Bt cottonseed till Monsanto terminated its franchise.  The tussle between them saw the seed association splitting. FSII emerged as a breakaway group in April 2016.  NSAI, according to a knowledgeable industry source, says the patent for Bollgard II technology has expired. Bayer, according to the same source, says the patent will expire in 2022.

Negotiations between the government and the seed industry on trait fees and the selling price of cottonseed also resulted in a delay in the notification this year. The last meeting between them happened on 26 February. If a notification was issued soon after, a sizeable quantify of cottonseed could have been despatched well before the Covid-19 scare took hold.

States like Andhra Pradesh, Telangana, Maharashtra, Karnataka and Tamil Nadu have exempted seed companies from the lockdown but police and district administrations are making the movement of people and vehicles difficult.

This has affected seed processing, packaging and distribution. Ramasami says Rasi Seeds despatches about 66 lakh packets of Bt cottonseed to three locations in north India – Bhatinda, Hisar and Sriganganagar – by end of March for onward distribution to hundreds of dealers so that farmers can commence planting from 15 April onwards. If cotton planting in Punjab, Haryana and north Rajasthan is delayed beyond the first week of May, yields will decline.

The company sent its first consignment on 20 March. Since then four trucks have reached their destinations in north India while 16 trucks are on the way. Nine of them are still stuck in Tamil Nadu. In a normal year, about 150 truckloads of seed would be sent to north India.

Processing of cottonseed is a labour-intensive activity. The lint has to be separated from the seed on ginning lines. The thin coating of lint on the seed which remains is made brittle with chlorine gas and removed. The seeds are mechanically sorted according to size and weight, and under-weight and under-sized ones are separated. All these operations are done by machines. But seeds that are chewed by insects and incapable of germination have to be sorted out visually – and manually. A woman worker inspects about 80-100 kg of cottonseed a day. Once this is done, the seeds are treated with fungicide and insecticide, packaged and despatched.

Clustering of workers at the packaging units is unavoidable. Seed companies say they have taken precautions to prevent Covid-19 infection. Workers are required to wear surgical marks and to wash their hands with soap and water before commencing work. If any of them shows symptoms of infection, they are isolated.

But the curfew is affecting the movement of workers, though the seed industry has been categorized as an essential service and exempted.

Thousands of quintals of maize, rice, soybean, chana, jowar and bajra seed also have to be made available to dealers for timely monsoon sowing. If sowing is affected, the economic disruption caused by Covid-19 will be compounded by food and feed shortages.