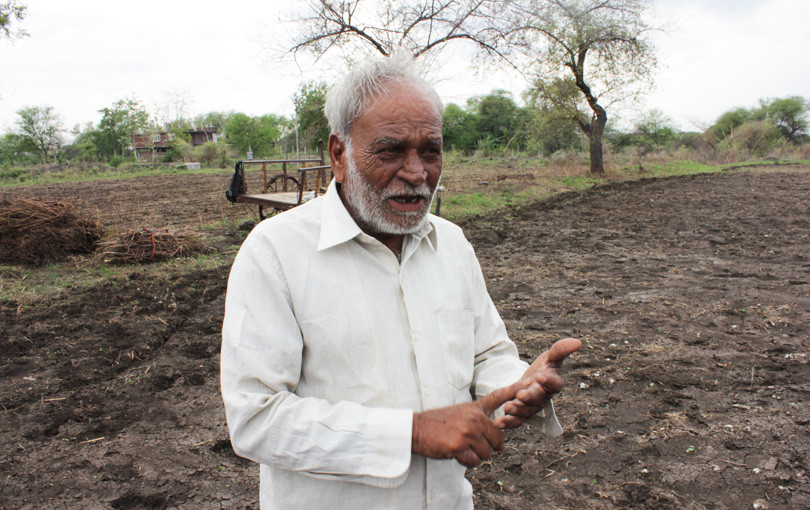 As director of Nagpur’s Central Institute of Cotton Research (CICR), entrusted with the development of India’s cotton economy, one would have expected Keshav Raj Kranthi to take a patrician view and give fair credit to the private sector for introducing genetically-modified Bt cottonseed technology in 2002 and making India the second largest producer and exporter of cotton within less than a decade. Bt cotton is a rare success. Instead, in an article in the Indian Express on 10 March, he condemns it with this damning verdict: ‘Bt cotton technology was messed up in India by the private seed industry.’

Public sector research institutes watched from the sidelines and did nothing to provide inexpensive Bt cotton options to farmers. They are absolved. So is the government, which has failed in enforcing seed quality standards and pest management protocols. It has also done little to allay public fears about the usefulness and safety of genetically-modified (GM) crops. In fact, it has been an impediment.

Genetic engineering is a powerful technology that kills worms feeding on cotton bolls (tinda in Hindi) by spiking the plant with toxic Bt proteins obtained from soil bacteria.  Bt is a protection gene, not a production gene. In his ‘Bt Cotton Q&A’ (available on the Web), Kranthi says pesticides to control bollworms decreased from 9,410 tonnes in 2001 to 222 tonnes in 2011. That is a huge reduction despite enlargement of area under cotton. So Bt technology has been good for the earth.

Bt technology enhances output – and yields – tangentially through crop saved from bollworm damage. Kranthi says there was a 36 percent increase in fertilizer usage initially and more thereafter. Cotton cannot come out of thin air.  Plants will yield more when fed well, though the Gene Revolution is an improvement over the Green Revolution in that it enables high-output to be to be obtained with frugal use of resources. Pesticide reduction is an example. It is also possible to re-engineer plants for nitrogen-use efficiency.

Kranthi says output rose because cotton area expanded. This is true. In the last decade and a half, 4.5 million additional hectares were brought under cotton, compared to just one million extra hectares in the previous three decades.  This speaks of farmers’ confidence in Bt technology.

Almost all of India’s cotton acreage is now under hybrids. The private sector is keen on hybrids so it can capture value as the seeds have to be bought year after year. Desi cotton is hardy and has inbuilt resistance to many pests and diseases. But it comes in straight varieties whose seeds farmers can save and sow in the next season.

Kranthi recommends desi cotton for rain-fed areas like Vidarbha and Marathwada. But in Q&A, he said the average cotton yield in Vidarbha increased from 400 kg per hectare to 748 kg per hectare in 2007-08 and one tonne per hectare thereafter because of Bt hybrids. Unless they can profit from them, private Bt technology suppliers will not be interested in desi cotton.

Incidentally, the shift to hybrids did not begin with Bt cotton in 2002.  At the time of Independence 97 percent of India’s cotton was desi,  Kranthi writes in a newsletter, despite the efforts of the British for close to 160 years. What the British could not do, Indians did. By 2002, 72 percent of farmers had converted. Now all but 2 percent have.

In the course of shooting for a TV series last year, this correspondent met Gandhians in Wardha who were growing desi cotton. They were conscientious objectors to chemical fertilisers, pesticides and MNC technology. Some Vidarbha farmers apparently have got success with desi cotton in terms of yield and pest resistance and have set up a producers’ company for seed supply. If they can persuade more farmers to their ways, more power to them.

‘Our elders shifted from (desi) varieties to hybrids. It is not as if we changed overnight. It is not as if someone told us to shift. It is based on our experience.’ Vijay Mahadev Niwal’s comments on our TV documentary summed up the common experience. He is an engineer, ginning mill owner and progressive farmer of Yavatmal district (Vidarbha). ‘It does not matter whether the soil is light or heavy here. Hybrid seeds give us higher productivity,’ he added.

Kranthi grouses that of 80 cotton growing countries, India relies almost entirely on hybrids yet ranks 33rd in productivity. But India’s low rank in yields is true of many crops. In the case of cotton, it is due to many factors, including extension of the crop to poor quality land.

Kranthi says the reliance on hybrids has made India’s cotton economy susceptible to bollworm resistance and sucking pest infestation. He is right. Pesticide usage to check sucking pests has doubled to 6,400 tonnes in 2011, from a decade ago. The Genetic Engineering Approval Committee has approved Bt hybrids indiscriminately. The GEAC and the agriculture ministry should have jointly ensured that hybrids unsuitable to a region were not approved. Our government works in a compartmentalised manner.

In parts of Gujarat nascent pink bollworm resistance to Bt cotton has been detected. This is partly a consequence of the private sector’s greed and tendency to cut corners. But state governments have also been lax in enforcing protocols that would have delayed resistance development through the process of evolution (as happens with antibiotics). Some of the alternatives to non-Bt cotton, like tur or pigeonpea, prescribed for bollworms to feed on have contributed to resistance development because tur does not host the pink bollworm (though American and spotted bollworms feed on it).

Kranthi proposes a way out: ultra high density planting of desi cotton at the rate of 44,000 plants per acre, against about 5,000 for hybrids. Such close planting is needed because desi plants have just a tenth of the bolls (six to eight) as hybrids (sixty to eighty) to be picked in one go. A shorter crop will break the reproductive cycle of pests. Bt hybrids stay in the field for seven to eight months and their cotton is picked four to five times.

But Kranthi himself admits that desi plants will have to be spiked with Bt genes – such is the memory in farmers of bollworm terror.  CICR has twenty such varieties in the pipeline. These will be available in about two years. This shows the slow response time of public sector research institutes. For more than a decade after Bt cotton was introduced they did little. Geneticist and former Delhi University vice-chancellor, Deepak Pental’s publicly-funded Bt cotton technology found no takers till a farmer leader in Wardha wrote to Prime Minister Narendra Modi last year that Monsanto BG-I technology had gone off patent.

Kranthi says the ‘battle is not lost… if science receives precedence over commercial interest.’ Private companies do not work for altruism. Science and commercial interest can work in tandem provided the government does its job of regulation (and not unnecessarily meddling in prices and trait fees). In fact, profit is a powerful motivation. Kranthi should enlist the services of private companies to drive his innovation. He will have to find a way of rewarding them. Otherwise, his ideas will go the way of Sony’s Betamax videotape format which, though better, lost out to VHS (this correspondent is quite ancient in tech-think!). Great ideas mean little if they do not pass the test of the marketplace.

(Top photo: Rustam Jamaluddin Turak of village Selsura in Wardha tehsil and district says he gets 8 quintals of Bt cotton per acre, and with adequate moisture and fertiliser, the yield can go up to 15 quintals. He says he does not have the ‘himmat’ to grow non-Bt as he is not sure it can survive a pest attack. Photo by Vivian Fernandes, 17 June, 2015)