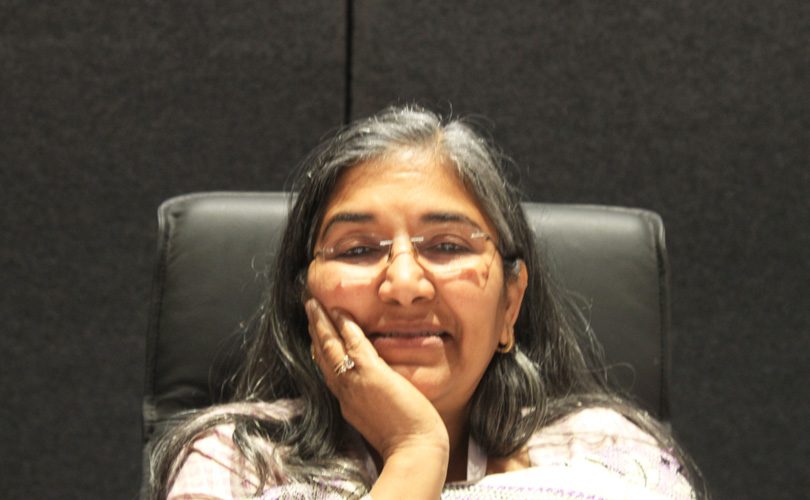 Maharashtra Hybrid Seed Company (Mahyco) is the pioneer of organized private seed production in India. An unlisted company, it was founded by Badrinarayan Ramulal Barwale at Jalna in Maharashtra in 1964.  From its breeding efforts came hybrids in bajra (1981), jowar (982) and cotton (1985). In 1995, it began research in transgenic crops and in 2002, obtained approval for cultivation of India’s first and only genetically-modified (GM) crop, Bt cotton with technology from Monsanto, an American MNC. In 2006, it got approval for an improved version of the insect-resistant cotton. Since then India has not approved any GM crop for cultivation.  Here in an interview with Vivian Fernandes, Mahyco’s Chief Technology Officer, Usha Barwale Zehr, herself a geneticist and Ph.D. in agronomy, explains why government policies have had a chilling effect on agbiotech research.

Vivian Fernandes: While participating in a discussion on ‘Regulation of GMOs (genetically-modified organisms) and genome-edited products,’ at the 14th Agricultural Science Congress in New Delhi recently, you said Mahyco’s research on GM crops has suffered by 70 percent. Is that in terms of investment or headcount?

Usha Barwale Zehr: In terms of rupees. I was asked by my board for how long are you going to keep putting money in a hole where there is no end in sight. Over the last three years, we have drastically reduced staff, investment, and activities.  (Its annual expenditure on GM crop research has declined from Rs 80 to Rs 30 cr, the company said. –VF)

How many staff have you reduced?

We reduced almost 50 plus staff who were working on GM crop- related matters. We have cut our funding by 70 percent. Whatever we had at BRL (Biosafety Research Level)-I or BRL-II stages we have put on the shelf. (Mahyco was doing research in transgenic rice for insect resistance; herbicide and salinity tolerance; and nitrogen- and water-use efficiency. Bt okra was in advanced trials for resistance to the fruit borer. – VF)

There is extensive cultivation of herbicide-tolerant and insect resistant cotton (BG-II RRF). Farmers are growing it illegally because there is no approved version. In August 2016, Mahcyo withdrew its application from GEAC, the regulatory body, for approval of BG-II RRF, saying, according to news agency Reuters, that the government’s proposal for the company to share the technology with seed companies had “alarmed us and raised serious concerns about the protection of intellectual property rights.” Additionally, last April, a division bench of the Delhi High Court overturned a ruling of the court’s single judge that GM traits being artificial gene constructs were patentable. In January the Supreme Court said the division bench was wrong and referred the matter back to the single judge. Does that not give Mahyco the confidence to reapply for approval of BG-II RRF?

On the legal front I am not the best person. My understanding is that the Supreme Court set aside the judgement of the two-judge bench and sent it back to the single judge bench for sorting it out. That is in process.

But hasn’t the single judge upheld the patentability of GM traits. While doing that he said that the government had the right to fix prices and trait fees.

To my understanding, the single judge said that Section 3(j) of the patent act (that plants and seeds cannot be patented) does not apply to Monsanto’s patent for a man-made gene. Also, the PPV&FRA does not extinguish or impact patent rights. But he only gave an interim order. The Supreme Court order was a good start and we now await the completion of the matter before taking a final call. (Monsanto, which has been taken over by the German Bayer, holds the patents for herbicide tolerance and insect resistance genes in BG-II RRF. The Protection of Plant Varieties and Farmers’ Rights Act (PPV&FRA) is meant to recognize the rights of farmers or farming communities to varieties with unique traits which they have conserved, and reward them).

While speaking at the science congress you said Mahyco was deterred by the restrictions on a GM trait owner’s right to charge fees for proprietary traits. But the government withdrew within a few days its May 2016 notification denying pricing and licensing freedom to GM trait owners.

The notification was withdrawn but every year we have the same discussion. Unless we have the assurance that if you bring innovative products to the market there will be some mechanism by which the developer is protected… Otherwise, not only do I have to take all the risk but I am not even allowed to capture value. (In 2016, the government slashed the trait fee payable by seed companies on BG-II cottonseed from Rs 163 per pack of 450 grams to Rs 49. Subsequently, it reduced the fee to Rs 39).

What is Mahyco’s research focus now?:

Our goal is to develop products which the farmers can plant. We have doubled up on research in molecular markers (that help select plants with desirable traits). We have also made significant investments in microbial seed treatments which enhance farmers’ income by increasing productivity as well as soil health. The sad part is we have a lot of products which are ready to go. Bt brinjal is a case in point where nothing is needed. It just needs a green light. When you don’t have that it is really demoralizing. (Bt brinjal got the regulator’s approval for commercial cultivation in 2010 but environment minister Jairam Ramesh vetoed the approval. Bangladesh approved it on the basis of Indian bio-safety data in 2013. From 20 in 2014 a little over 27,000 Bangladeshi farmers are growing it).

The CEO of the Food Safety and Standards Authority of India (FSSAI) is in favour of labeling of GM food products. Would you go along?

My first preference would be not to label for two reasons. One, that after the product undergoes full bio-safety clearance what is the need for labeling? If the government mandates that we label, I don’t have an issue but the challenge is the practicality of it. In the case of cotton, we could possibly label.

It’s a no brainer. 95 percent of the cotton area is GM so only the non-GM cotton oil will have to be segregated.

You mean non-GM cottonseed oil should be labeled as such?

(Laughing) It wouldn’t be such a bad idea considering how much pesticide might have been on it. In Bangladesh, farmers name the Bt brinjal varieties but as the acreage increases, we are not sure how this will continue. [The Bangladesh Agricultural Research Institute (BARI) has four approved Bt brinjal varieties – Uttara, Nayantara, Kazla, and ISD006.  Farmers are required to label their baskets, as say, ‘BARI Bt Begun 1- Uttara – Fruit and Shoot Borer Resistant Bt Brinjal.’  Mahyco has supplied the technology but does not get paid for it. –VF]

Moving on, genome editing is the latest and more acceptable technology than genetic engineering because genes from other species are not introduced; only undesirable ones are silenced or excised. Should gene edited crops be subject to the same rigorous testing for bio-safety as GM crops?

I don’t think the same rules should apply because you can produce gene- edited products through conventional processes. If you can’t distinguish between gene-edited products and those that have been mutated through conventional processes (radiation or chemicals), then some might disclose and some might not and those that disclose will be at a disadvantage.  Regulation should be based on the appropriateness of the technology.

What could trigger a government rethink on GM crops?

The fall armyworm could be a trigger. About 15 million hectares of maize in India is under threat.

(This interview was published in the Financial Express on 6 March, 2019)