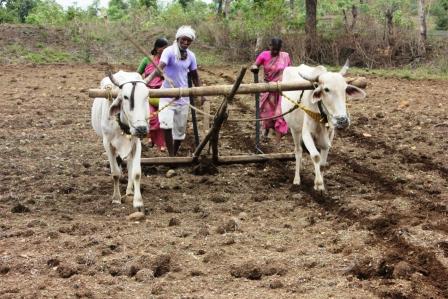 Agricultural economist Ashok Gulati sounds like a washing machine on perpetual spin in his weekly column in the Indian Express but just because he goes on and on does not mean he is wrong, at least not on the issue of freeing up agricultural inputs from government control.  But it is unlikely that this government will heed his advice because control is programmed into its DNA.

Gulati says India’s Green Revolution was triggered by the import of high-yielding wheat seeds from Mexico. The cotton revolution was also imported. It was based on technology supplied by Monsanto which has been taken over by Bayer. It happened because of genetically-modified Bt cotton seeds, which the Atal Behari Vajpayee government approved for large-scale planting in 2002.

Gulati says India can become the world’s seed capital. It can very competitively produce hybrid rice, corn, cotton, tomato, potato and okra seeds if the regulatory system is right. But he is not sanguine. “[S]ince this government took over in 2014-15, it has waged a continuous battle against seed companies, especially multinationals and their Indian joint ventures, on issues such as trait fees,” he says.  They have therefore stopped introducing new-gen seeds and there is rampant planting of “illegal” herbicide-tolerant, Bt cotton.  Gulati says this is because our regulatory system is complex.  But “more so, because the present government has ideological blinkers against modern science. This is the biggest bottleneck holding India back from becoming the seed capital of the developing world.”

In fertiliser, India has been a net importer of nitrogenous, potassic and phosphatic fertilizers for almost two decades. In 2019-20, it imported fertilisers worth $6.7 billion. The import bill for urea, which is 46 percent nitrogen, was $2.9 billion. That of di-ammonium phosphate (DAP), which is 18 percent nitrogen and 46 percent phosphorus pentoxide, was $2 billion. The tab for muriate of potash was $1.14 billion. India is totally dependent on imports for MOP and DAP; we import the rock and the finished product.

That’s need not be the case with urea. In 2019-20, India imported 11 million tonnes of urea. The government wants self-reliance, so it is setting up five more plants in the public sector with an annual capacity of 6.35 million tonnes. Natural gas is the most efficient raw material and we are importing 70 percent of it at a price much higher than that of domestic gas. The Talcher plant is based on gassified coal and the technology is Chinese. The per tonne cost of many of these plants will be $400 a tonne when imported urea trades for $250-300 a tonne.

Gulati says the best option is to give farmers a per hectare subsidy and free up urea prices. Currently, the maximum retail price of urea is Rs 5,360 a tonne (at the rate of Rs 268 per bag of 50 kg). The spot price per tonne off the Black Sea in June was $202 or Rs 15,150. So a huge subsidy is being given. If urea prices are freed up, companies, whether in the public or private sector, will set up plants based on competitive advantage in India or in West Asia where there is an abundant supply of gas. India’s subsidy bill will decrease. This is how self-reliance or atmanirbharta should be achieved.

(Top photo of cotton sowing in Vidarbha by Vivian Fernandes).