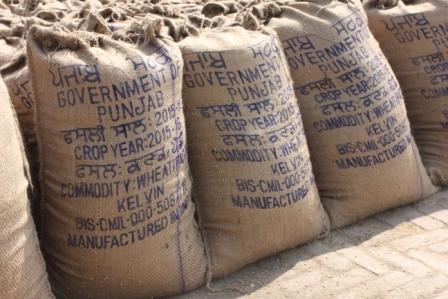 The Narendra Modi government has thrown caution to the winds, says Indian Express’ Rural Affairs Editor, Harish Damodaran in his commentary on the government’s decision to hike the minimum support prices (MSP) of 14 Kharif crops.

This is a departure from its policy during the past four years, and also from that of the first National Democratic Alliance (NDA) government headed by Atal Behari Vajpayee. With the hike, Modi’s government would have raised the  MSP for common and Grade A rice by Rs 440 and Rs 425 a quintal respectively ─ more than the Rs 410-415 and Rs 350 increases given by Manmohan Singh’s United Progressive Alliance (UPA) government during its second and first terms respectively.

This is inconsistent with the government’s policy of inflation-targeting (a policy which Damodaran has criticised). Not only was the government niggardly with MSP hikes, in June 2014 it told Madhya Pradesh and Chhattisgarh that they would have to bear the burden of bonuses on rice (Rs 150 and Rs 200 a quintal respectively) and the centre would not procure more from those states than was needed for supply to their ration shops.

Damodaran says the MSP hike could make India’s non-basmati rice uncompetitive in the global market. Long-grain Thai rice with 5 percent broken content quotes $400-420 a tonne free-on-board (or at the point of loading, without insurance and freight). That translates into Rs 27.4-28.8 a kg. The MSP of Rs 1,750 a quintal of paddy prices rice at Rs 26.25 a  kg, assuming a third of it is husk and bran. Add the cost of milling, freight charges to the loading port, broken grains and overheads, and the cost will be Rs 30 a kg or $440 a tonne, adjusted for receipts from the sale of husk and bran.

But Vijay Setia, President of the All India Rice Exporters Association tells Damodaran that since India is the largest rice exporter, the MSP will be absorbed.  The United States Department of Agriculture has projected 2018-19  rice exports at 49.496 million tonnes, with India’s share at 13 million tonnes, followed by Thailand (11 million tonnes) and Vietnam (6.8 million tonnes).

But Damodaran raises another worry: the MSP hike will further increase the hold of the state on the rice trade. Private traders are shying away, especially from mandis in Punjab because of high mandi taxes (in excess of 14 percent). In Madhya Pradesh, it is 2.2 percent. Of the country’s milled rice production of 111.52 million tonnes, the government has produced 36 million tonnes and it could add another 2 million tonnes before the rice marketing season ends in September.

The Economic Times in an editorial says liberal MSPs distort farmers’ planting choices away from market demand, making production inefficient and unsustainable. Providing direct income support based on the size of holdings, like the Telangana government has done (Rs 4,000 an acre per season), is a better alternative, it says.  It also calls on the government to create market linkages, free farmers from the stranglehold of middlemen and institute organized retailing to raise competition.

Gopak Kateshiya writes in the Indian Express that the hikes in MSPs of groundnut and cotton may have been done with an eye on farmers in Gujarat’s Saurashtra region where the BJP suffered losses in the last Assembly elections. But farmers may not be convinced that the MSP hikes will help because procurement by the government is patchy. An oil miller tells him that he bought the best quality groundnut from the market last year at Rs 3,500 a quintal when the MSP was Rs 4,500. Groundnut stocks with the government are weighing down prices. Last year, it procured 10 lakh tonnes of the oilseed, 8.08 lakh tonnes of it from Gujarat which produced 32 lakh tonnes in all. Nafed, the national agricultural marketing cooperative, has seven lakh tonnes in stock, including 40,000 tonnes procured in 2016-17. It is offloading the stocks at 3,300 a quintal, which is a third below the latest MSP.

Mint quotes the Reserve Bank’s monetary policy report of April 2018 (Chapter II) to emphasize that except for rice and wheat, procurement of pulses is inadequate. “Arhar and urad prices remain below their minimum support prices at the mandi level in the major producing states, viz., Maharashtra, Madhya Pradesh, Gujarat, Uttar Pradesh and Karnataka reflecting the large gap in procurement relative to supply,” the RBI report said.

The paper says small and marginal farmers sell their produce below the MSP to traders because of small quantities,  lack of access to storage facilities and inaccessible procurement centres.

The paper quotes Gaurav Kapur, Chief Economist of IndusInd Bank as saying that the impact of the 13 percent increase in paddy support price could push the consumer price index up by 30-35 basis points over the rest of the year.  Tushar Arora, Chief Economist of HDFC Bank has revised the bank’s wholesale price inflation target to 5.3 percent from 5 percent earlier.

(Top photo: Procured rice at a mandi in Punjab. Photo by Vivian Fernandes)