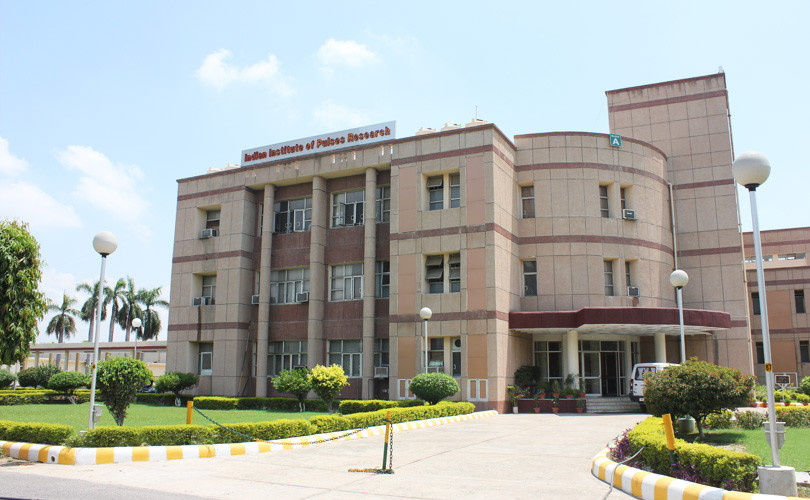 India does not produce enough of pulses. It imported 2.7 million tonnes, or 14 percent of India’s production, for Rs 8,814 cr in 2013-14, net of exports. Wholesales prices of pulses have risen 52 percent between 2006-07 and 2013-14. During this period those of pigeonpea have gone up by 96 percent, of lentil (masur) by 89 percent, of moongbean by 85 percent, chickpea by 39 percent and of urad by 22 percent. Of course, the price of rice has a little more than doubled during this period and that of wheat has grown by 97 percent. But inflation in pulses has pinched voters and they made their disaffection known during the last Lok Sabha elections. Narendra Pratap Singh, the Director of Indian Institute of Pulses Research, Kanpur tells Vivian Fernandes that the deficit can be bridged, if government policies are supportive.

Pulses are kind on the environment. The amount of water used for one hectare of wheat can irrigate ten hectares of pulses, says Singh. They also produce own nitrogen by absorbing it from air and storing it as nodules in soil. Pulses add up to 40 kg of nitrogen per hectare, Singh says. Pulses need potassium and potash, which are sold at market prices, while urea, which they do not need, is heavily subsidized.

In 2013-14, there was a very good crop of chickpea (chana), which is the most-consumed pulse in India. Production at 9.88 million tonnes, was a million tonnes more than the previous year and prices shrank. In Madhya Pradesh, which accounts for 40 percent of the country’s chickpea production, the rate in February 2014 was  Rs 2,300-2,500 a quintal ─ against the government’s support price of Rs 3,100, which, a newspaper report said, had not happened in a decade. Farmers had brought 1.7 million acres more under chickpea as prices the previous year were as high Rs 4,500 a quintal. ‘The government did not stop imports, so prices crashed,’ says Singh.

‘We lost one million hectare area in central India because nowadays farmers are not interested in producing more; they want money in their pocket.’ Land got diverted to wheat which competes with chickpea as a rabi or winter crop. Wheat has the advantage of assured procurement. In 2014, Madhya Pradesh also gave a bonus of Rs 150 a quintal, in addition to the centre’s support price of Rs 1,400 quintal. ‘Why would farmers grow an uncertain crop (chickpea) when they get assured price on wheat?’ asks Singh.

There is no alternative to growing pulses within the country, as the ones that Indians consume are not grown in large quantities elsewhere. ‘Why not increase support prices to makes this possible?’ asks Singh. But the Commission on Agricultural Costs and Prices (CACP) has been cold to the idea. High support prices, it believes, will make Indian pulses uncompetitive.

Even at current support prices, there is little procurement because pulses are not much sold through the public distribution system. Singh wants a price stabilization fund to be set up and the government to stock up on pulses to check price slumps and spikes. While the strategy is sound, implementation will not be easy. Subject to political pulls and pressure, the government may not intervene effectively in the market. ‘Our government machinery is not so efficient,’ admits Singh.

Storage can be tricky too. High moisture in the coastal areas can lead to rapid deterioration. Processed as dal, pulses keep well, but whole, unsplit ones, get infested with bruchids. If the government decides to keep large stocks, it will have bear this factor in mind.

Singh was national coordinator for chickpea for eight years before he assumed the current post. One of the achievements during that period was the export of large-seeded kabuli variety of chickpea. These used to be imported earlier from Mexico and Turkey. The Malwa region of Madhya Pradesh and Western Maharashtra, with a long cool season during the reproductive phase, were found ideal for this variety. Singh says Mexico has changed its export strategy. It imports kabuli chana from India for re-export.

Inadequate quality seed production gets in the way of increased pulses production. IIPR has formed village level samitis, which are registered as trusts. They are giving training and foundation or breeder seeds to multiply. The produce is bought back and certified. IIPR has such trusts in eleven villages around Kanpur.

Singh says the wheat-rice or rice-rice cropping pattern has to be changed to improve soil fertility. It must be interrupted with a legume crop. Monoculture saps soil of nutrients. In the Punjab area, excessive urea in the soil makes pulses put on vegetative growth. The pods will take time to emerge unless the seeds are treated with rhizobium.

Cheap imports of yellow pea from Canada have discouraged pulses production. Yellow pea was used to feed cattle and swine in Europe, Singh says. In India, it is mixed with besan (chickpea flour) and pigeonpea (arhar).  The Canadian government pays farmers  to stay off wheat when its price falls. Farmers grow yellow peas on the fallow land to enrich the soil. ‘It is a bonus crop for them,’ he says.

In India green peas have the highest productivity. In the Indo-Gangetic Plain their yield can be 2-2.5 tonnes.  Why not divert one million hectares of wheat to green peas? asks Singh.

Singh wants farmers to innovate and invest in scale to bring costs down. He cites the farmers of Prakasam and Kurnool districts of Andhra Pradesh as examples.  ‘There is a revolution in chana there,’ he says. According to him the farming families of these districts which live in cities like Hyderabad have formed informal collectives and outsourced farm operations like ploughing, crop management and pest control. The families take tips from IIPR but improvise on the advice because their scale is bigger than IIPR pilots. ‘Their productivity is two tonnes per hectare,’ he says. (Andhra’s ten-year average yield of chickpea is 1,258 kg per hectare).

As for pigeonpea or arhar, Singh, admits there has not been no technological breakthrough in the public research system. (Except that Icrisat has developed a hybrid, for the first time in the history of legumes). Though the varieties have various maturities rang from less than 120 days to 300 days, the 120-140 day variety is ideal for India. An extra short duration variety has low productivity. IIPR is trying to introduce the wheat-rice-pigeopea cropping system in Punjab, Haryana and western Uttar Pradesh. It would like some of the rice area to be replaced with pigeonpea.

Singh regards the pod borer as a ‘dangerous pest’ for both chickpea and pigeonpea.  At the larvae stage, he says, it is polyphagus, which means it eats whatever it gets. It thrives in humid and mild temperature of 28-32 degrees centrigrade. Because of repeat flushing in these two crops, the pest can live for multiple generations. Earlier, sorghum or jowar planted between pulses crops interrupted the migration of the pests. The sorghum root secretions also controlled fusarium wilt in pulses. ‘we have lost the cropping balance,’ Singh says.

IIPR has introduced the Bt gene in both chickpea and pigeonpea through genetic modification. ‘We have some material which shows very good promise and we do hope they will be able to see the light of day in the coming years.‘

Singh regards moongbean as a bonus crop for farmers in Punjab, Haryana and Western Uttar Pradesh. The short duration of 50-65 days allow it to be grown as an opportunistic crop. Moongbean is photo-thermal insensitive like chickpea and can be grown in a variety of agro-climatic zones. The reduction in maturity period from 70 days has widened its coverage during summer. IIPR has also developed a 45-day variety with an yield of 8-10 quintals per hectare, but has not released it yet.