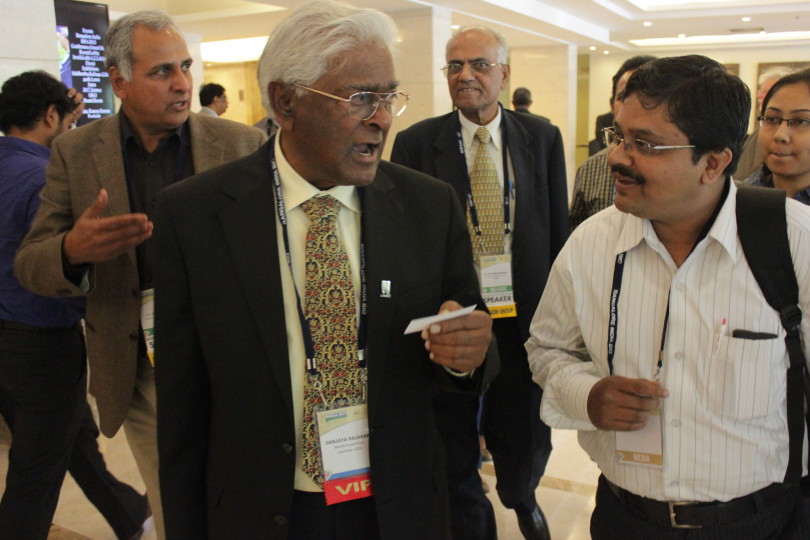 India has gone complacent about food security, says Sanjaya Rajaram, winner of the 2014 World Food Prize and director of Resource Seed International, a company which does work on wheat and barley. ‘We have to become more efficient’ says the Mexico-based scientist from Karnataka whose team has produced over 200 wheat varieties, combining different gene pools that are more productive and adaptable to different agro-climatic condition. ‘[T]he priority must be on providing technology and training to farmers on marginal lands.’
India will have to raise the productivity of wheat from 3.4 tonnes per ha to 5.7 tonnes per ha by 2050 to be able to meet its requirements. This is possible through hybrid wheat and biotechnology. Similar productivity leaps will have to be achieved in rice, sorghum, pulses and oilseeds. ‘We can double the production if regulations allow us, if the laws permit. (GM) technology is no good if it remains on the shelf. It has to be applied’.
‘My strong plea is that we not only embrace agriculture biotech but through legislation produce the correct technology packages at cheaper rates.’ India’s small farmers could not be compared with those of the West. ‘They need help.’