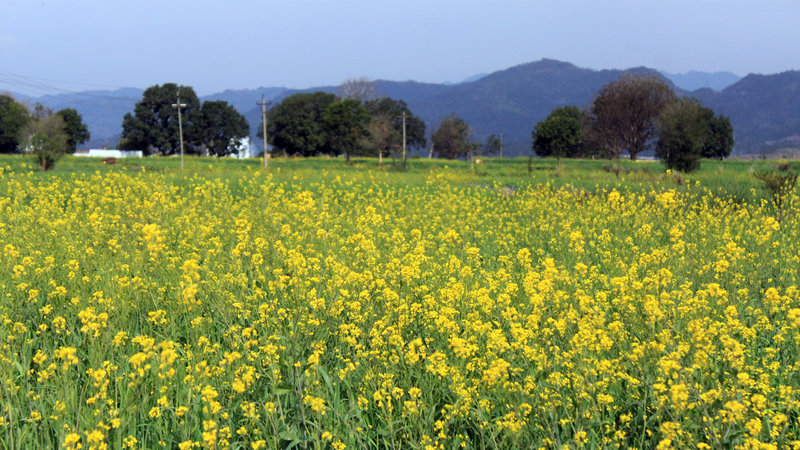 The GEAC feeds public suspicion by being secretive. The decisions taken at the 3 September meeting have not been put on its website. A summary of Deepak Pental’s dossier on GM mustard with commercially sensitive information redacted if uploaded could have bolstered confidence. GEAC must learn from the Australian regulator which is very open, reports Vivian Fernandes. This piece was first published in www.thequint.com

Activist Vandana Shiva, an opponent of plant genetic modification (GM) technology  is soliciting signatures on Change.org  to build pressure on Environment Minister Prakash Javadekar against approving GM mustard for cultivation by farmers.  She wants 25,000 of them to present the petition to the minister. This is ahead of the Genetic Engineering Appraisal (formerly Approval) Committee meeting this month or perhaps the next to give its recommendation on the basis of safety data collected through field trials.

The GM mustard, Shiva is opposing, has been developed by a team led by Deepak Pental, geneticist and former vice-chancellor of Delhi University. It has been funded by the university and the National Dairy Development Board, which, at one time, was entrusted with ensuring self-sufficiency in cooking oil through the Technology Mission on Oilseeds and Operation Dhara. This is an entirely indigenous effort.

In a fresh twist, NDDB has decided not to fund the project. It wants the Indian Council for Agricultural Research to take it forward. ‘Their priorities have changed,‘ Pental said. But Dhara Hybrid Mustard 11, as the GM mustard is called, and its parental lines are ready for deployment, though NDDB’s rethink could fire up the activists.

Shiva alleges a conspiracy. She says important information about GM mustard has been concealed. She charges the government with acting in an ‘underhand manner.’ She asserts that India produces enough mustard and does not need the GM variety.

In 2013-14, for which data for the full year is available, India imported 10.45 million tonnes of cooking oil for $9.34 billion or Rs 56,572 cr. Edible oil is the biggest item of food import. We need to increase the productivity of all oilseeds in every possible manner. GM mustard is one such effort. Pental says his hybrid yields 20-30 percent more.  There is not enough mustard oil to go around and even if available, it is priced out of the reach of those who prefer cheaper palm oil. Increased yields will reduce the price of mustard oil and relieve the national oil shortage.

Pental asserts that the technology is safe on the basis of his own trials. He has submitted a 3,000 word dossier to the GEAC which contains the results of all the prescribed tests, including allergenicity, pollen flow, bee visits, insect attacks and yield levels. GM rapeseed, a sister crop, is being widely grown in Canada, USA and Australia and the oil is exported, including to India.

Pental has not sourced his technology from any multinational. It is based on two papers published in Nature in the 1990s, but Pental’s team modified it such that they got a Canadian and US patent for it.  It has a bacillus gene and is based on the Barnase Barnstar system.

Shiva is right in alleging that the GEAC is secretive. Its last meeting was on 3 September, when Indian companies (no multinationals!) were allowed to conduct eight field trials for drought and salinity tolerance in maize, rice and cotton. But the information has not been posted on the website. Pental had submitted his dossier in the middle of September. A summary, with confidential commercial information redacted, could have been uploaded. Perhaps, it has not been, because the GEAC has not met after that.

In Australia, the Office of Gene Technology Regulator lets all of it hang out in the open; as much information as possible is shared. This gives the public a lot of confidence. Objections can be filed and responses are given. In 2010, when Bt Brinjal came up for approval, then environment minister, Jairam Ramesh, was very open with the pros and cons, on the website. But the GEAC has not kept up that practice.

In any case, if GM mustard gets approval, the reasons will have to be made known to the public. Shiva can also invoke the right to information.  If rules and laws are flouted, she can approach the courts.

While the activists are doing their job, which is to agitate, the government is not measuring up to its responsibility. In Parliament it has asserted that it will not ban research or cultivation of GM crops. It also declared that there is no credible evidence that GM foods cause harm to humans, livestock or the environment. More than Leftists like Vandana Shiva, it is wary of taking on its own ideological affiliates like the Bharatiya Kisan Sangh or the Swadeshi Jagran Manch which are opposed. It is not countering them with facts or argument.  Agriculture Minister Radha Mohan, who should be in the driver’s seat, is talking woo-woo stuff like yogic farming.

The time has come for the government to be decisive. It must go by scientific evidence and let the regulator do its job or announce a ban on cultivation of GM food crops altogether, like some European countries have done. Agri–biotechnology companies can then shift their staff and money elsewhere.  Eternal vacillation is not leadership.