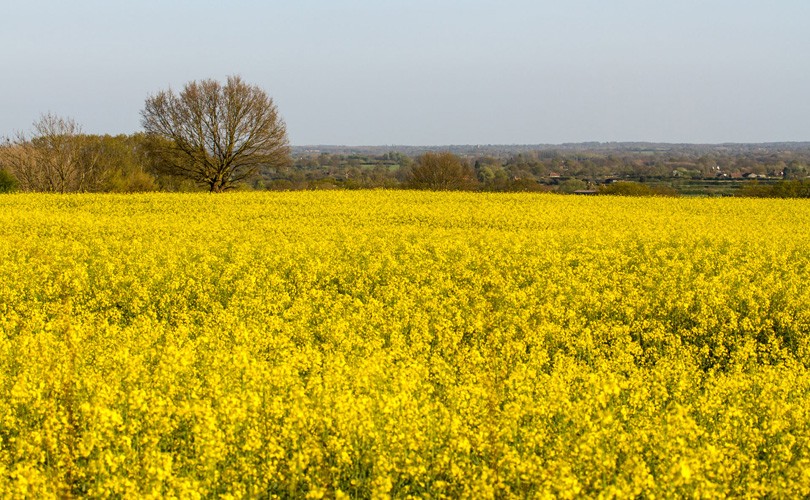 Here is the conclusion arrived at by a sub-committee of the Genetic Engineering Appraisal Committee on the safety aspects of DMH-11, the genetically-engineered mustard hybrid that is awaiting approval for commercial release.

Data on risk assessment based on hazard identification and exposure assessment shows that the GE mustard, the parental lines and hybrid DMH-11 do not raise any public health or safety concerns in human beings and animals with respect to overall nutritional characteristics.  All the three introduced proteins, i.e. Bar, Barnase and Barstar are expressed at low or negligible levels in the edible parts and have been derived from commonly occurring non-pathogenic bacteria. None of the three proteins has been shown to be toxic or allergenic through bioinformatics and acute toxicity studies. All the three proteins are rapidly degraded in simulated gastric conditions of the mammalian digestive systems. Sub-chronic toxicity studies using edible plant parts i.e. leaves and seeds also did not show any adverse effects on the test animals. Oil extracted from seeds may contain negligible amounts of protein – if any. Therefore, the probability of oil extracted from DMH-11 or any other future hybrids to have any of the three proteins is negligible. Moreover, there is more than 20 years of history of safe use of proteins from the three genes – Br, Barnase and Barstar in rapeseed (B.napus), a sister crop of Indian oilseed mustard. Oil and meal extracted from GE rapeseed containing the same three proteins that have been expressed in mustard is being consumed in a large number of developed and developing countries and no toxicity or allergenicity have been reported till date. In conclusion, based on compositional analysis, GE mustard does not differ significantly from non-GE mustard and is as safe as commercialyl cultivated non-GE mustard varieties.

The compositional differences between the genetically engineered line and its conventional comparators are within the range of natural variability encountered in mustard.  It is evident that GE parents are not significantly different from the non-GE comparators in terms of key parameters such as oil, proteins, carbohydrates, glucosinolates, erucic acid, fatty acids, allyl isothiocyanate, peroxide value, sodium, calcium, magnesium, potassium and minerals – when analysed in leaves and seeds. DMH-11 is very similar, in composition, to commercially cultivated varieties in India which have a history of safe use. These results collectively demonstrate that the introduction of barnase, barstar and bar genes into GE mustard does not show any unintended effects on the overall composition of GE plants – either the parental lines or the hybrid DMH-11.

Based on the history of safe use of the host and donor organisms, transgene expression analysis, composition analysis, acute toxicity assays with purified proteins and sub-chronic studies with whole leaf and seeds, it can be concluded that the use of leaves, seed, and oil derived from transgenic mustard lines is not likely to pose any risk to humans and animals.

DMH11 does not have any weediness or aggressiveness potential. The possibility of DMH-11 invading natural ecosystems is highly unlikely. Therefore, it is concluded that it poses negligible risk to biodiversity and agricultural productivity. The potential of DMH-11 becoming weedy and aggressive are highly unlikely.

The inserted genes have been derived from highly abundant non-pathogenic soil microorganisms. The proteins expressed by GE mustard are already widely present in nature and their presence in GE mustard is not expected to present any new toxicity risks to soil microorganisms in these environments. The introduced proteins are expressed at very low levels as intracellular proteins and not found in the root exudates of GE mustard. Overall not a single physical or chemical stressor was introduced in soil by GE mustard. GE mustard is expected to exert an equivalent effect on rhizospheric microbial population similar to non-GE conventional parents and local checks.

The natural occurrence of all major pests and diseases of mustard were similar to DMH-11 as well as non-GE conventional local check variety. Honey bee foraging was also observed to be similar on GE mustard as it was on conventionally grown mustard variety. The transgenes have been found to have no unintended effect on pest and disease occurrence and on non-target organisms. However, as a precautionary approach and for sustainable use of this MS-RF technology of mustard an oversight post-release monitoring is suggested.

The seed yield under BRL I trials (2010-11 growing season) at ICAR centres in Kumher, Navgaon and Sriganganagar was the highest for DMH-11 at an average of 2,600 kg per ha. The second best yielding variety was Varuna barnase at 2,096 kg per ha.