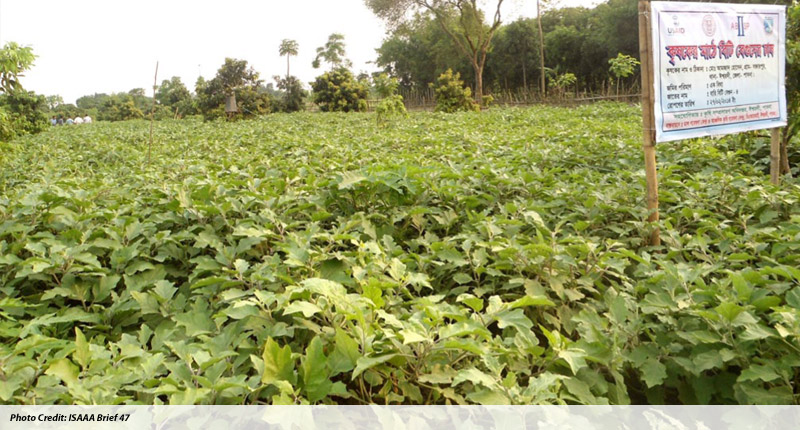 Takeaways from Randy Hautea’s interview to Kanika Datta of Business Standard on the occasion of the 20th anniversary of the commercial cultivation of GM crops. Hautea is global coordinator of the Norman Borlaug founded GM crop advocacy group, ISAAA (International Service for the Acquisition of Agri-biotech Applications).

Genetically-modified crops occupied 179.6 million hectares in 2015 and have delivered agronomic, economic, social and environmental benefits since they were first commercially planted in 1996. This has benefited farmers in 28 countries where they are grown.

GM (or Bt) cotton has made India the largest producer of the fibre since it was approved for cultivation in 2002. India produces a quarter of the world’s cotton. About 7.7 million smallholder cotton farmers have adopted Bt cotton in India and it covers more than 95 percent of the country’s cotton acreage.

There is no verifiable report on the alleged ill-effects of GM crops and products.

Not pesticide companies, but the organic food industry is behind the controversies surrounding GM crops and products.

The controversies have put GM crops under intense scrutiny and the technology has been rigorously tested and closely monitored.

Far from causing food allergies as alleged, there are plenty of examples showing substantial reduction in mycotoxins in GM corn (maize) which is now planted on 53.6 million ha in 17 countries.

Regulatory stewardship and compliance are a must to prolong the life of bollworm resistant and herbicide tolerant technology. In India, Bt cotton continues to be effective against the American bollworm through instances of pink bollworm resistance have emerged. It is paramount for the country to introduce new generation and multiple-mode insect resistant Bt cotton and strictly implement refuge management practices (that is, planting non-Bt cotton along with Bt cotton for bollworms to feed on).

GM crop technology need not be the monopoly of multinational corporations. Over the years, home-grown GM crops have emerged in developing countries on account of research by public sector institutions and private seed companies.

Here is the full interview.