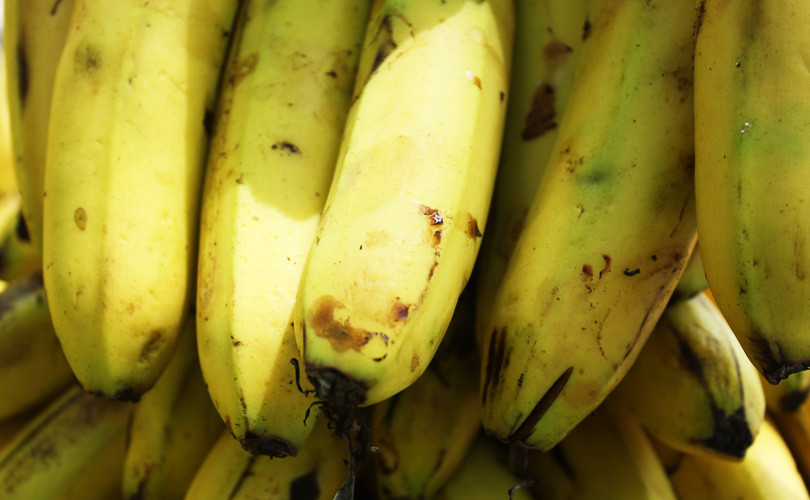 The science of genetic engineering of crops is not the preserve of multinationals; Indian public sector research institutions are active in it as this example demonstrates. Sadly, the government has provided just the bare minimum information in this reply to a question in the Lok Sabha. It should have used the occasion to tell us what stage this research is at and whether biosafety trials have commenced. The pains taken by the government to reassure the MP might have the opposite effect. One would imagine from the reply that BARC is developing some radioactive food substance.

Brinjals, genetically engineered for resistance to the fruit and shoot borer, were denied permission for commercial cultivation amid much acrimony in 2010, but that has not prevented Babha Atomic Research Centre (BARC) from trying to enhance bananas using GM technology, In reply to a question from Vinod Chavda, the BJP’s member of parliament from Kutch, Jitendra Singh, MoS for the Prime Minister’s office among other things, gave the following reply in the Lok Sabha on 5 August. Not many newspapers noticed it perhaps because that was the day the government decided to ban child pornography websites or rather put the onus on Internet service providers to disallow access to sites with porn involving children.

But let us not slip on that banana peel. Here is the verbatim reply:

(a) Genetic engineering technique enables development of disease resistance as well as nutritional quality improvement. Bhabha Atomic Research Centre is developing iron-biofortified banana for nutritional quality improvement. The other parameters of this genetically engineered banana plant include incorporation of Vitamin A and fungal and viral disease resistance which is undertaken in other institutes participating in the Department of Biotechnology’s (DBT) project on transgenic bananas. (b) Genetically Modified (GM) bananas under development by BARC would be available to the general public only after completion of trials and the government’s approval. It is too early to give a time frame for this. (c) GM bananas can be given to the public or to school children only after their usage has been approved by regulatory authorities (Genetic Engineering Appraisal Committee (GEAC) for open field planting. The transgenic plants need to be evaluated in a contained facility initially before planting in the open field.

(Top photo: Sad-looking bananas at an East Delhi;s hawkers on 5 September, 2015.  It is possible to genetically modify attitudes to fruit handling?  Photo by Vivian Fernandes)