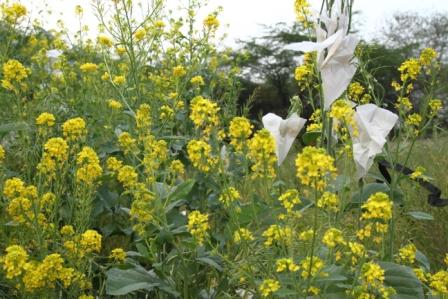 Having recommended release of GM mustard to farmers last May, the Genetic Engineering Appraisal Committee (GEAC) should have told environment minster Harsh Vardhan it has no reason to reconsider the adverse representations. The minister would have been forced to take a decision either for or against. The GEAC has given him wiggle room and bailed this government out, reports Vivian Fernandes

After a gap of nine months the GEAC met on 21 March. GM mustard was one of the items on the agenda. Despite the GEAC recommending approval for cultivation to the environment minister last May, Harsh Vardhan has not taken a decision. Instead, he wanted the GEAC to review the representations he had received against the genetically-modified hybrid, even though it had given ample time to the anti-GM activists and had decided that the technology was safe, an advancement over conventional methods of producing mustard hybrids and therefore beneficial for both farmers and the nation.

To allay any residual fears about damage to the environment, the GEAC has decided to ask the developers, that is, geneticist Deepak Pental and his team of scientists from Delhi University to conduct a trial on the impact on honeybees. The GEAC had earlier recommended this post-release of the mustard hybrid. Now it will be done before. This will have to happen during the coming winter season and will require the GM mustard field to be isolated from other mustard areas.

Effectively  a decision on GM mustard has been postponed to the next government. Supporters of GM mustard will see this as a setback though the more optimistic among them will be gratified that the issue has not been shelved.

There is no scientific reason to hold back release of GM mustard. All the protocols have been followed and it has been declared safe.  Harsh Vardhan either does not support the technology or he does not want to take on lobbies like the Swadeshi Jagran Manch.

The twists and turns that GM mustard has had to negotiate makes one wonder whether scientific evidence at all informs decision-making in this government.