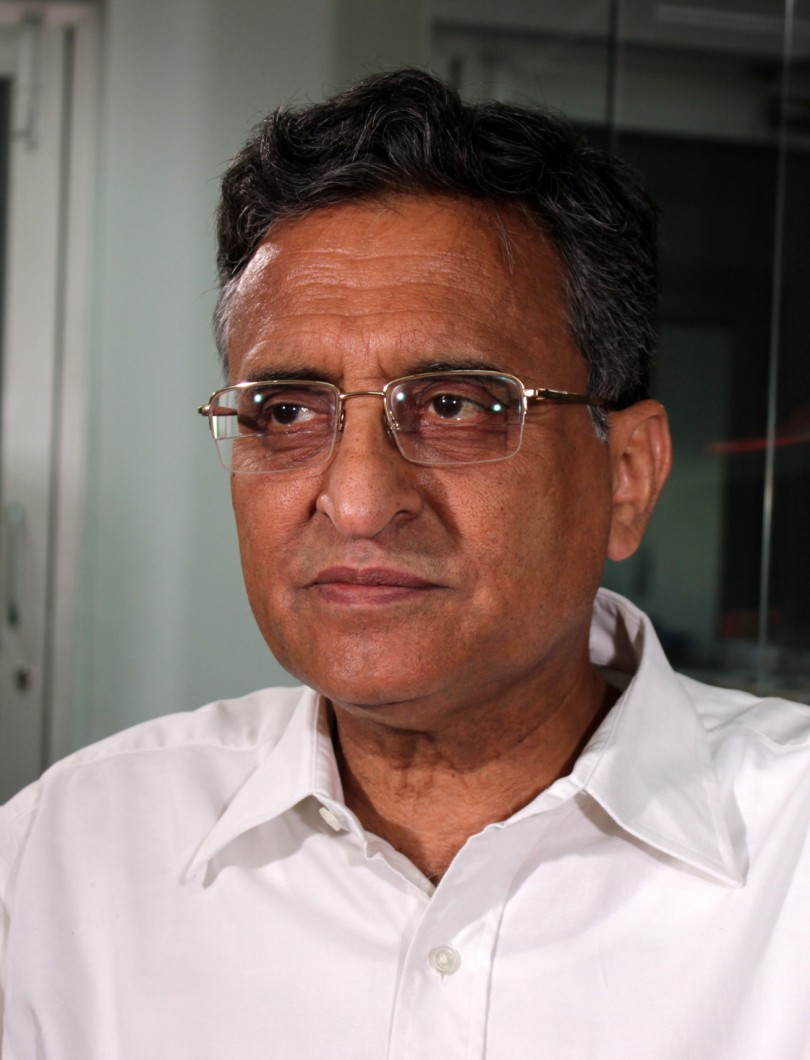 The Genetic Engineering Appraisal Committee (GEAC) has changed the decision taken at its 11 May meeting which would have put the onus on Environment Minister Harsh Vardhan to accept or reject its recommendation advising the government to permit commercial cultivation of GM mustard. The minister had made it clear with his inaction and hints that he was not in favour. Recently, he had publicly praised Congress minister Jairam Ramesh for his (negative) decision on Bt brinjal which GEAC had recommended for approval. The GEAC’s action is a cop-out. (GEAC revised the minutes two days after they were uploaded. The revised minutes say: GEAC recommended the proposal with certain terms and conditions for further approval by the Competent Authority).

The minutes of the 11 May meeting of the Genetic Engineering Appraisal Committee (GEAC) are silent on its recommendation to the government to approve commercial cultivation of DMH-11, the genetically-modified (GM) mustard hybrid developed by a team of Delhi University scientists led by geneticist Deepak Pental.

Instead, the minutes uploaded on its website say, ”Subsequent to receipt of various representations from different stakeholders, matters related to environmental release of transgenic mustard are kept pending for further review”

This was not the decision taken by GEAC at its last meeting on 11 May. GEAC chairperson Amita Prasad had told me that evening that GEAC had examined the various representations it had received and had decided to recommend approval of DMH-11 for commercial cultivation. She said 21 of 26 members were present when the decision was taken. The recommendation was initially for four years with a condition for post-release monitoring. “No government will put its people to risk,” Prasad had added.

When contacted, B. Sesikaran, another member who was present at the meeting, said the GEAC had in fact recommended approval. But being an appraisal committee and not an approval committee, it was for the environment minister to take a final decision. He said he did not know what had happened subsequently.

On 27 May, the National Academy of Agricultural Sciences (NAAS) wrote a letter to the Prime Minister urging the government to accept the recommendation of GEAC and allow the environmental release of the two transgenic parental lines and hybrid DMH-11 “at the earliest.”

A report by NAAS scientists to rebut “Falsehoods Perpetrated by GM Technology Bashers on GM Mustard,” also gives the lie to the uploaded minutes. It says its general body passed a resolution on 5 June “supporting the decision of the Genetic Engineering Appraisal Committee (GEAC) recommending environmental (commercial) release of GM mustard hybrid DMH-11 and its parental lines.”

The NAAS resolution says: ”The Central and State Governments should immediately endorse the recommendations of the GEAC so that the coming growing season can be fully utilised for the multiplication of parental lines and production of hybrid seed, which will hasten the environmental release of the two mustard parental transgenic events and hybrid DMH-11, thus allowing this technology to be available to farmers soon at a low-cost, and to breeders, to develop better and better hybrids in future.”

It adds: “Having fully met the regulatory, biosafety, and performance requirements, a biotech product must not be denied to the farmers, who should have options to make informed choices, and empowered to become globally competitive in the fast changing world.”

The decision in the uploaded minutes is clearly an afterthought because it anticipates representations from various stakeholders.

When contacted K Veluthambi, who headed GEAC’s subcommittee which examined the bio-safety dossier on DMH-11 and summarized it for public comments, said the job of GEAC members was over after they had made the recommendation. When told that this meant that they had in fact made the recommendation he said “confidentiality demands that I do not say anymore.”

A 31 July release of the Press Information Bureau says “GM Mustard and Bt Brinjal have been recommended by GEAC to Ministry of Environment, Forests and Climate Change, Government of India for consideration for environmental release and cultivation.”  The release was about a reply to a question on GM mustard in the Rajya Sabha.

On 15 May, Kuruganti, had made a Facebook appeal to ‘Act Now, Call PMO to Save Our Food, Farms & Farmers.’ The office numbers of the private, principal and additional secretaries to the Prime Minister were appended for callers to register their opposition. There was urgency to the appeal because: “There is reliable information that the MOEFCC would approve GM mustard for commercial cultivation today.”

The MOEFCC she was referring to was Environment Minister Anil Madav Dave who passed away on 18 May.  Harsh Vardhan assumed charge and made wishy-washy comments. He said there were arguments to be made both for and against GM crops, ignoring the ministry’s own affidavit in the Supreme Court and its replies in Parliament that GM mustard has been found to be safe. At a recent book release ceremony Vardhan praised his predecessor Jairam Ramesh of the Congress Party for his decision on Bt brinjal.

Ramesh had exercised his authority as minister and overruled the GEAC’s recommendation for approval of Bt Brinjal. Vardhan could have acted likewise. That would have been the right course. The government was well within its authority to deny permission for cultivation of GM mustard for political reasons.

The GEAC’s original decision would have put the onus on Vardhan to take a decision. The uploaded minutes are a cop-out and do not help the credibility of GEAC.