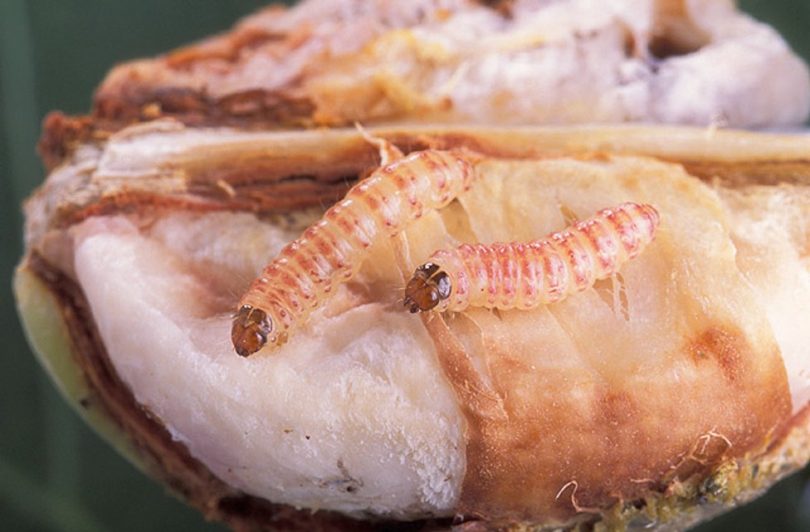 The Federation of Seed Industry of India (FSII), the breakaway group from the National Seed Association of India (NSAI), has written to the union and Maharashtra agriculture ministries regarding resistance of pink bollworm (PBW) to Mahyco Monsanto Biotech’s BG-II, genetically-modified insect resistant Bt cotton technology. Maharashtra’s Principal Secretary (Agriculture) Bijay Kumar has said that BG-II should be denotified in view of extensive PBW resistance to BG-II in the state. Separately, the All India Kisan Sabha, a Communist Party of India organization, and NSAI, led by M Prabhakara Rao of Nuziveedu Seeds — whose Bt cottonseed  franchise MMB has terminated for non-payment of trait-fee dues — have demanded that the trait fee of Rs 49 per packet of 450 grams of BG-II cottonseed be scrapped.  Maharashtra has held seed companies liable for losses arising from PBW attack.

FSII says, “This is unfortunate and not an accurate assessment of the issue and holding the seed companies responsible for some of these outcomes is not only unfair but also in contravention to the principles of natural justice.” Its letter, it says, is an effort to bring to the fore the real reasons of the problem that, if addressed, can help mitigate this problem.

The PBW attacks, it says, were observed in some areas of Maharashtra in the kharif season. On the basis of its investigation, it says: (a) Bt cotton trait is approved primarily for the control of American bollworm. The control
of spotted bollworm, army worm and pink bollworm were additional features of the technology. Even now the control of all the above bollworms, especially American bollworm has been “excellent”, except for the recent phenomenon of the attack of PBW in certain areas. This fact is reflected in the increasing demand for Bt cottonsseed.

(b) When Bt technology was introduced in 2002, PBW was not a major pest in cotton, except in some pockets of Punjab and Haryana. When one pest goes down due to control by a pesticide or a GM trait, it is natural for other pests to increase due to a lack of competition.

(c) Resistance management is a scientific process with all technologies that target pests in plants or microbes in human beings or animals. A major factor for resistance development in PBW is due to non-adherence to the regulatory guideline of planting non-Bt refuge  cotton by farmers (for bollworms to feed on). It is also dependent on the quality of non-Bt refuge seeds supplied by some companies.

(d) It is difficult to establish that yield loss, if any, is due to attack of PBW. FSII says, it is an “established scientific fact” that crop yields depend on multiple factors, including environment, crop rotation, crop cultivation practices, choice of germplasm, pest biology and genetic purity.  It is also a fact, it says, that adequate methods of controlling PBW are available to farmers. FSII’s understanding is that in most of the areas PBW numbers are below the economic threshold level (ETL).

(e) PBW management continues to be implemented in an “excellent” manner by the Gujarat government in the last two years with “extremely satisfactory results”. It is very important to transfer this knowledge from Gujarat to other states.

(f) No technology or product can be effective for all times, FSII says. That is why continuous research and development of new products is important.

The letter also states that to drive adoption of good practices, member companies are engaging in outreach, such as: (a) Farmer education programs on clean cultivation, refuge planting, scouting for bollworms and spraying based on ETL levels. (b) Distribution and installation of pheromone traps for mass trapping of adult moths to arrest further multiplication and spread.  (c) Persuading farmers to destroy stubble and harvested stalks to kill hibernating PBW larvae or pupae. (d) Engagement with ginners for timely destruction of seed cotton waste, to arrest off- field  multiplication of PBW. (e) Farmer awareness on agronomy management, crop termination and crop management. (f) Introduction of refuge-in-bag (RIB),  (that is mixing non-Bt cottonseed with Bt cottonseed instead of giving it in a separate pouch), for the coming season. This will ensure better compliance of refugia requirements by farmers.

The letter also states that collaborative efforts with stakeholders by members have yielded satisfactory results across states, especially in Gujarat. It expresses “deep concern” at the statements of the Maharashtra government that it will tell seed companies to compensate farmers. This, if implemented, may lead to closure of the industry. FSII claims.