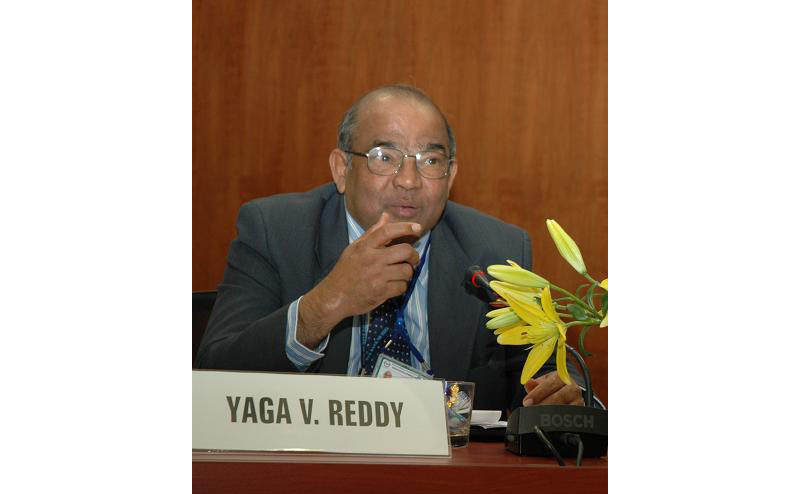 Former Reserve Bank Governor  Y V Reddy has proposed  an agri-risk fund with contributions from the central and state governments and participating banks to enable the banks to provide debt relief to farmers who are forced to default for reasons beyond their control. The reasons for the default must be assessed professionally and not politically, he said while delivering  the Vijay Shankar Vyas memorial lecture in Jaipur, titled ‘Bleeding Hearts and Thinking Minds.’ Likewise, the fund should be adminstered by independent professionals. Vyas was the chairman of an RBI advisory committee on the flow of credit to agriculture and related activities which Reddy had appointed as RBI governor. It had given its report in June 2004.

Reddy was concerned about the spate of income transfer schemes and farm loan waivers announced by the centre and the states. He said the first farm loan waiver was made by Finance Minister Madhu Dandavate in 1990. It was of Rs. 10,000 cr, or Rs 50,557 cr in 2017 prices. Dandavate had said that the waiver would not be repeated but Reddy noted that that promise has been repeatedly breached.

Reddy drew a difference between loan defaults by corporates and those of farmers. When business conditions turn adverse and corporate loans get bad they are protected by limited liability. But the liability of farmers is unlimited because they are proprietorships and they have to take recourse to their personal assets to repay loans if agricultural income falls short.

Ideally, banks should assess the reasons for individual farm loan defaults. But since their size is small and there are numerous borrowers, blanket farm loans waivers may become necessary. But banks should do the assessment professionally. The reasons can vary from farm to farm, block to block, district to district and state to state, Reddy said.

No such nuance informs the loan waivers announced by governments. They follow the “electoral cycle” and not the “distress cycle,” he said. They favoured those who owned land versus those cultivators who did not, and actually needed relief. And they did not address the root cause of indebtedness: crop failures, unremunerative prices and farms too small to be profitable.

Reddy said it was also improper for governments, being third parties, to insinuate themselves in a debt contract which is a covenant between the lending bank and the borrowing farmer.

Given the implications of blanket farm loan waivers on the fiscal deficit and by extension on inflation, interest rates, the cost of investment, and the culture of repayment, Reddy flagged off Vyas’s proposal that political parties should vow not to promise farm loan waivers in their election manifestoes. The Representation of People’s Act should be suitably amended. The Election Commission should make such promises a violation of the model code of conduct. And wilfully defaulting farmers should be punished with imprisonment of up to three months. Reddy did not say whether he was endorsing any or all of these proposals.

Regarding the latest central government proposal to pay Rs 6,000 in three equal instalments into the bank accounts of farmers owning up to two hectares of land, Reddy said it was not akin to universal basic income, because it was not universal. Only asset owners were eligible. It also did not discriminate between states with predominantly rainfed agriculture where farmers might be in genuine distress, and those where irrigation was assured and farmers were well-off.

Telangana’s Rythu Bandhu scheme which gives Rs 4,000 per acre per season to farmers, provided relief but was costly and open-ended. I was also tied to asset ownership.

The above two were not substitutes for farm input subsidies, but add ons. These schemes and loan waivers diverted money from investment in agricultural research and infrastructure, which alone could reduce costs by raising productivity.