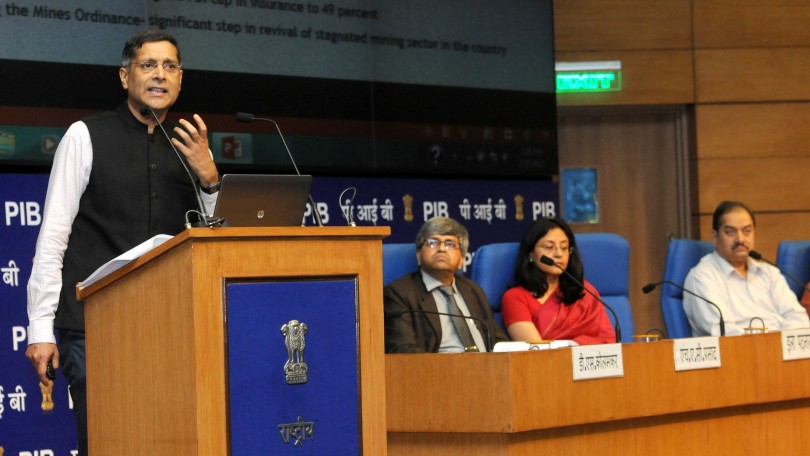 The Economic Survey says falling prices and wages call for special attention to agriculture and a shift in government expenditure to productivity-raising investments.

The Economic Survey published on the eve of budget 2015-16 calls for greater attention to agriculture because, its says, a deeper shift may be underway triggered by global prices falling from their ten-year peaks. This will create pressure on the government for protection from imports and incentives for exports. There acknowledges proposals for customs duty increases on oil seeds and pulses and for export subsidies on sugar. Rural incomes have been squeezed by falling wages.

The Economic Survey says MNREGA rural employment scheme is a neat way of providing a cushion to be rural poor as it is most likely to be invoked by them. The scheme must be used to create rural assets like roads and for water management through micro-irrigation. Subsidies are needed, but they must be trained on the needy; there must be shift in emphasis to investments like basic research and irrigation.  Productivity improvement is key and India have some way to catch up with global levels.

The Survey says the Shanta Kumar Committee report is a good guide to food policy recast and a revamp of the Food Corporation of India. There is need to create a common market for agricultural commodities and for farmers to have more selling choices than government-regulated mandis. The role of the Indian Council of Agricultural Research and its relationship with state agriculture universities needs to be relooked and a separation of the three functions: research, extension and education, may be necessary.