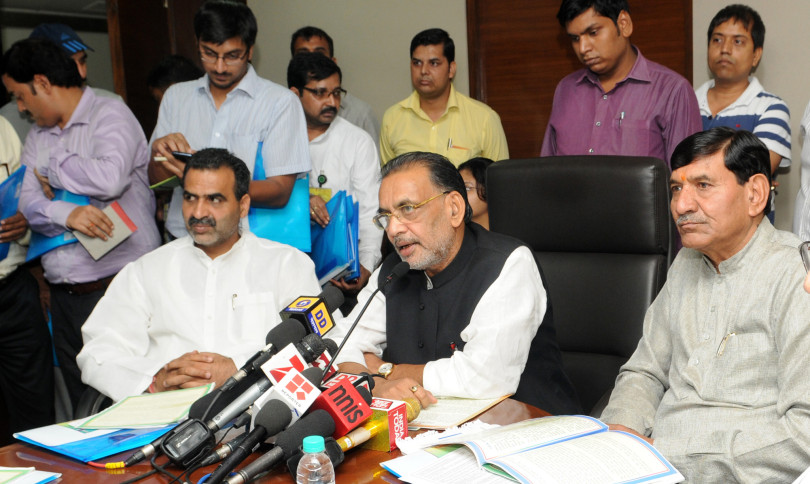 The government wants to make testing for soil health a habit with farmers. About 90 lakh samples have been collected but enthusiastic officials in the agriculture ministry are keen to ensure that all the country’s holdings are mapped by end of next March, reports Vivian Fernandes.

Quietly, beyond the glare of publicity, the agriculture ministry has nearly achieved the soil health testing target for the financial year just gone by. By the end of March, 90 percent of the target of ten million samples had been collected, though only 60 percent of them had been tested because many laboratories are not equipped to analyse some of the parameters.
Like the annual body check up, the government wants farmers to make soil testing every two years a habit, joint secretary Rani Kumudini said.
Several state governments have been running soil health programmes, but the National Mission on Sustainable Agriculture has standardized the processes and also increased the number of testing parameters to twelve. Besides testing for acidity, alkalinity, organic carbon, nitrogen, potassium and phosphorous, the soil health cards also have entries for secondary and micro nutrients like sulphur, zinc, boron, iron, copper and manganese. Recommendations to farmers are made based on the deficiencies and the crops cultivated.
The sampling is being done in ten hectare and 2.5 hectare grids for rain-fed and irrigated areas respectively. More samples are being taken from irrigated areas because the intensity of cultivation and multiple cropping hastens the pace of nutrient depletion.
In all 2.53 cr holdings will have to be sampled to cover the country’s 14 cr holdings as estimated by the agriculture census of 2011. This will have to be done every two years because soil health is not constant. The target for the first year was lowered to 1 cr holdings as many of the country’s 1,539 soil testing laboratories are dysfunctional and only 590 of them can test for micro-nutrients. This limits the capacity to six lakh samples a month or 72 lakh a year, Kumudini said
The central government is encouraging states to set up soil testing laboratories by paying 25 percent of the capital cost. This is small relief because states also have to bear the recurring cost of salaries and wages, equipment maintenance, rentals and reagents.
Some state governments have entered into public private partnerships, where private parties are allowed to use government laboratories and are paid Rs 190 per sample. Kumudini says Gujarat is a pioneer and has tie-ups with chemistry colleges and sugar factories.
A new policy to financially assist states in setting up mini-labs is being drafted. When this conversation was held mid-March, it had been approved by the agriculture secretary. The mini-lab has been developed by the Indian Council of Agricultural Research. It costs Rs 1 lakh each. It gives results promptly. Educated village youth and small groups of farmers are expected to install them, attracted by the subsidy of 80 percent.
Given the number of labs, there should be at least two labs in each of the 660 districts. That is not the case. Some of them are ill-served.
The data with GPS coordinates is fed into a server. The information is available on www.soilhealth.dac.gov.in. According to the website, as of 29 March, of the target of 1.04 cr samples, 89.52 percent have been collected. States like Andhra Pradesh, Kerala, Telangana, Gujarat, Meghalaya, Nagaland, Sikkim and Odisha have either met their targets or exceeded them. Bihar and Tamil Nadu are nearly there. Assam is the worst performer. It has met just a quarter of its sample collection target. Karnataka has also been a laggard because of glitches in rolling out its ambitious programme. It did not make headway in outsourcing sample collection, and decided to do it own after floating a tender. Consequently, it has collected only 49 percent of the samples it should have.
Countrywide,  60 percent of samples have been tested, but Andhra Pradesh, Nagaland, Sikkim and Gujarat have met their targets.