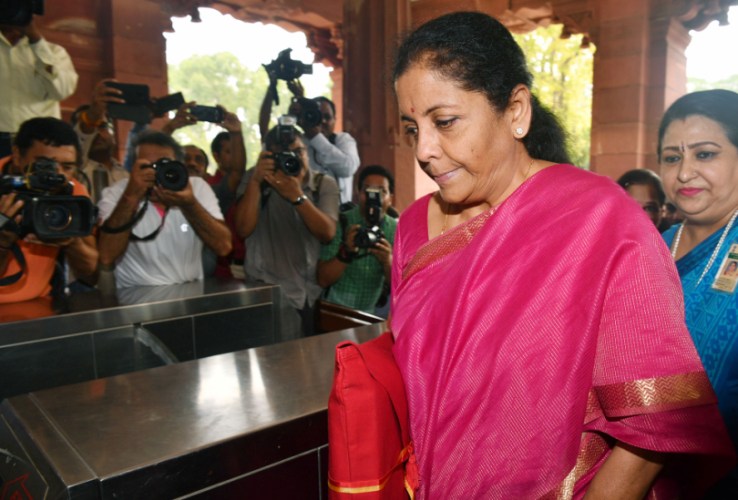 Vivian Fernandes has been following this government’s fascination with Zero-Budget Natural Farming since June 2018. Here is a report based on conversations with multiple persons including Subhash Palekar (telephonically), and a visit to his village in Amravati.

In her budget speech, Finance Minister Nirmala Sitharaman said: “we will go back to basics on one count: Zero-budget Farming.” In her view, “[s]teps such as this,” can help in doubling farmers’ income by 2022. She said, “this innovative model must be replicated”. She appreciated that “in a few states” like Andhra Pradesh, “farmers are already being trained in the practice.”

In April, NITI Aayog Vice-Chairman Rajeev Kumar wrote a two-part article on Zero-Budget Natural Farming (ZBNF) in the Business Standard.  He said it was a “unique and proven solution” for environmental degradation and farmer distress. He wanted it quickly scaled up without awaiting certification from some “respected foreign institutions.” With ZBNF, he said, “Indian agriculture can emerge as an example for the rest of the world”. 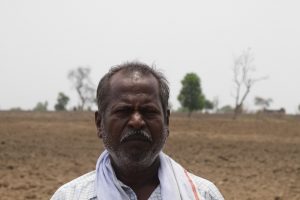 ZBNF is being propounded by Subhash Palekar, a Padma Shri awardee. His website is a rant against the Green Revolution. He calls it a system of exploitation developed in the west to ensure that farmers bought all their inputs from the market and remained in the thrall of the supplier industries.  According to him, the Green Revolution has resulted in devastation and deadly diseases like cancer, Aids, diabetes and heart attacks. The land (presumably, the Indo-Gangetic Plains) which were producing copious amounts of cane and wheat “have become so barren that not even a blade of grass can grow on this land.”

Palekar says plants don’t need additional inputs. They can produce all the food their need in their root zones if the growth of beneficial microbes is promoted. The water and nitrogen they need are in the air. Soil bacteria can make these available to the plants.

A recipe for raising the soil microbe count is jiwamrita. According to his son, Amit, whom I met at their house in Amravati (Maharashtra) in June, this is made with 10 kg of the dung of desi cows, 5-10 litres of cow urine, 1 kg of jaggery, 1 kg of besan (gram) flour and a fistful of soil from the bund areas of fields for microbial culture. This is fermented for 48 hours with 200 litres of water and sprayed on fields.

Palekar says only the dung of desi cows is effective, “not of Jersey or Holstein.” Only one cow is needed for 30 acres of land. “The cow dung and cow urine of black coloured Kapila cow is most effective.”  The dung must be as fresh as possible and the urine as old as possible.

According to Nilesh Dahankar who says he has been practicing ZBNF for 19 years, one gram of cow dung has 300 crore microbes. When fermented, there is a 300-fold increase.

Dahankar grows pomegranate, amla and drumstick on 21 acres of land, near Panjabrao Deshmukh agricultural university in Akola. He says he uses only one cow. I found his farm soil friable. He says it was rocky. He has never applied chemical fertilizers. He uses only natural pesticides made from garlic and poisonous herbs. He sells produce like amla candy and pigeon pea (tur), under his own brand name. It fetches a premium. 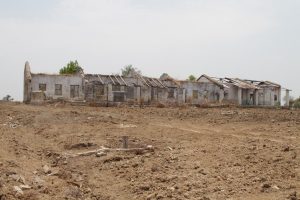 Palekar’s abandoned village. Palekar’s farm is behind this school building.

Gajanan Shamrao Kalmegh, 60, the caretaker of Palekar’s farm at Bellura village in Amravati district said he had spread 0 tractor-trolley loads of dung (from six bulls and six cows) on the 11- acre farm, which is at the edge of the Bemla dam. The village was evacuated early in the last decade for the dam, and its residents shifted to higher ground.  When asked for the recipe of jivamrita, Kalmegh said, he did not have “jankari.”  The mixing was done by Palekar himself. When asked to be shown the mixing tanks, he pointed to two of them which had collapsed into a well that had caved in several years ago. Kalmegh said jivamrita had not been applied to the field for two years.

None of the farmers in the village I spoke to said they practiced ZBNF. They applied dung and chemical fertilizers. Dnyanded Kadam, 55, who leases land and doesn’t own any, said the results of ZBNF show up after three years. But lessors like to rotate the leases annually, so there was little point in him making the effort.

Sridhar Palekar, 64, who has three acres each in Bellura and Sultanpur villages, said he does not practice ZNBF because it does not “give me average,” (or the right yield). He grows soybean, pigeonpea and gram. He uses chemical fertilizers and cow dung. The gram crop enriches the soil with nitrogen.

Speaking on the phone, Palekar said he did not need to apply jivramrita to his farm anymore because it had reached microbial saturation. He gave the analogy of forests. Does anyone fertilize them, he asked. 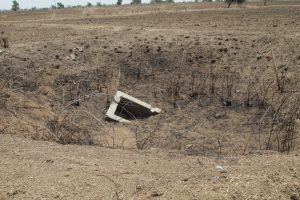 A water tank in a collapsed well in Palekar’s farm.

Palekar’s takedown of the Green Revolution and the agricultural universities for propagating chemical-based agriculture has caused dismay among agricultural scientists. Given the official patronage of ZBNF, however, most of them prefer discreet silence.

But Peter Carberry, the Director-General of ICRISAT, an international agricultural research Institute based in Hyderabad, criticized it tangentially in his NAAS (National Academy of Agricultural Sciences) Foundation Day Lecture in New Delhi on 5 June.

Carberry said Palekar’s prescription of 10 kg of cow dung per acre per month would provide plants with 10 kg of nitrogen per hectare (2.5 acres) per year which was “clearly inadequate.” (According to Palekar a desi cow produces 11 kg of dung per day). The Food and Agriculture Organisation defined “Zero-Budget’ as the practice of agriculture “without using any credit, and without spending any money on purchased inputs.” If Palekar’s practice complied with the FAO’s definition, it would result in such low yield as to make agriculture unprofitable, Carberry said. 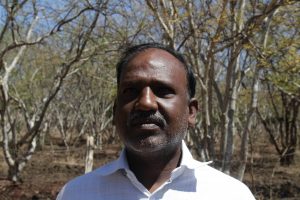 Elaborating on the points in an email exchange, Carberry said: “the foundations of any recommended practice should be based on evidence and preferably that evidence should be available before making the recommendations.” He added that “science provides the protocols to review and critique.”

At a brainstorming session on Indian organic farming practices versus scientific agriculture held last November at Tamil Nadu Agricultural University (TNAU), Coimbatore, Palekar was told to change the nomenclature to Subhash Palekar’s Natural Farming (SPNF). Objections were raised to the ‘zero-budget’ claim because its practitioners would have to pay wages and also for besan, jaggery and even dung, if they did not have their own cattle. Palekar said the income from short-duration intercrops like say, mungbean grown between rows of wheat, would pay for cash inputs used for the main crop, hence his claim

Such intercropping practices are not unique to ZBNF. The coconut research institute at Kasaragod in Kerala, for instance, has shown that crops like betel, pepper, banana, pineapple, turmeric and cocoa grown between palms can yield more income than the main crop. Palekar’s use of mulching to increase organic carbon content in soil is also not novel. 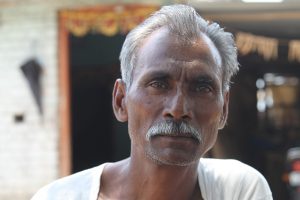 The Indian Institute of Farming Systems Research (IIFSR), Modipuram could not validate the claims made for ZBNF. When spoken to in July 2018, its scientist Prakash Chandra Ghasal said his team has found low organic carbon content (less than 0.5 percent) in soil samples lifted from the 180-acre farm of Gurukul Kurukshetra. It had switched to ZNBF two years before, after practicing organic farming for the previous 15 years.  Ghasal said there was a drastic reduction in rice and wheat yields. But Gurukul staff insisted the yield was good. They said they were following ZBNF prescriptions. But they also said they were not disposing of the “excess” dung from 200 cows that it owned. Himachal Pradesh Governor, Acharya Devvrat, is the patron of the gurukul.

Vijay Kumar Thallam, the Co-vice-chairman of Andhra Pradesh’s Rythu Sadhikara Samstha (RySS) is effusive about ZBNF, which state has officially adopted in 2015, when he was special secretary, agriculture. Its target is six million farmers and eight million hectares. Thallam says it has spent Rs 334 crore over the past three years. Five lakh farmers have adopted it and the number is likely to double this year. He said he was able to persuade the previous government based on his work with women’s self-help groups since 2004. Thallam says farmers who have made the switch have seen their cost of cultivation reduce, productivity increase and resilience to climate change improve. There has been a reduction in water consumption, improvement in health and an increase in biodiversity. He says a “comprehensive” evaluation will be conducted.

The Indian Council of Agricultural Research (ICAR) is doing is own evaluation at Gurukul in Kurukshetra, Pantnagar University, Punjab Agriculture University (Ludhiana) and IIFSR, Modipuram. The impact of ZBNF on basmati-wheat cropping cycle is being studied.

In April, NITI Aayog set up a committee for the empirical validation of SPNF (as it is now called) under the aegis of IIFSR.  In May, NITI Aayog reconstituted the committee at the urging of Devvrat. It has 16 members, including four who are advocates of SPNF. Previously, there were none.