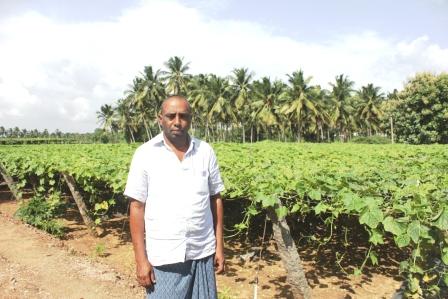 How to ensure that farmers produce enough surplus to gain from higher prices and expanded markets? In an article in the Indian Express, Bina Agarwal, Professor of Development, says the 86 percent of Indian farmers who own less than two hectares of land, often spread over more than one plot, do not have enough to sell. Their incomes are low and erratic.

Agarwal proposes that farmers should cultivate collectively by pooling land and other resources voluntarily. The cooperative movement failed because they were large and had farmers with varied interests. To succeed, collectives must be small, homogenous, constituted by neighbours and friends, and cemented with trust.

Kerala’s 68,000 all-women group farms are a model for Agarwal. These have four to 10 women who jointly lease land, pool labour, and share costs and profit. Her in-depth research on a sample of group and individual farms in two districts of Kerala showed that groups had 1.8 times the annual value of output per hectare and five times the profit per farm compared to individual family farms. The average profit per group farm was Rs 1.2 lakh – three times the national average of Rs 37,000 per farm that year.

Kerala’s women groups were also enabled to deliver on banana contracts. She says 87 percent of the 50,000 groups cultivating vegetables survived the Covid pandemic economically while most individual vegetable farmers suffered losses owing to lack of labour for harvesting, and market outlets.

Agarwal says group farming is catching on in Bihar, West Bengal, Gujarat and Telangana. In Bihar and Bengal farmers have pooled their land into contiguous lots and used electric pumps for drip irrigation which is not possible with scattered plots and few power forces. Unlike farmers’ producer organisations, these groups cultivate and market jointly. They may also buy inputs collectively. Many have doubled their wheat and rice yields, she says. FPOs market together but cultivate separately. Agarwal says many of India’s six million self-help groups could run such group enterprises.

(A farmer growing vegetables in Coimbatore for supply to Kerala. Photo by Vivian Fernandes)