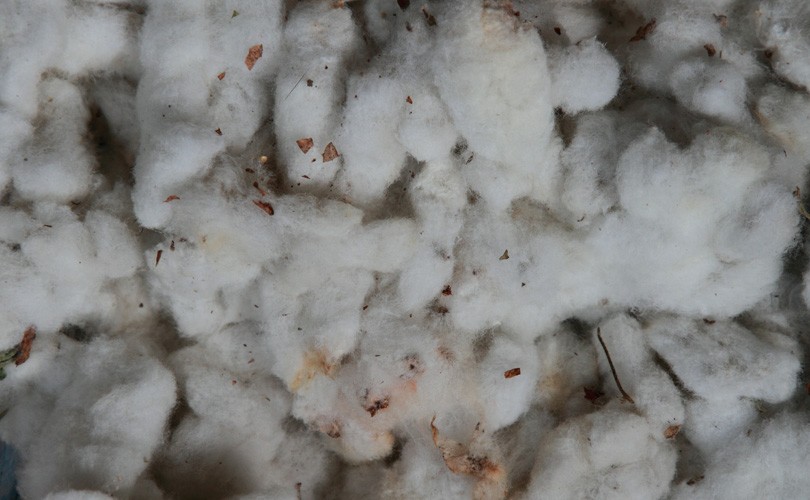 The Central Institute of Cotton Research (CICR) believes cotton farmers will be better off if they go back to roots. It wants Indian species to replace American Bt cotton hybrids. Vivian Fernandes reports on its initiative after a visit to Vidarbha.

Five of 36 farmers who planted desi cotton last year in districts like Akola, Wardha and Amravati of Maharashtra have reported higher profits than from Bt cotton hybrids, which are genetically-modified to produce their own bollworm-killing insecticide.

Yields were less, in some cases half that of Bt cotton, but the farmers saved more owing to lower cost of cultivation, and higher prices.

He had planted three varieties of desi cotton ─ CSH 8, Suraj and Phule Dhanwantary ─ on as many acres, and Bt cotton on six acres.  CSH 8 gave him the best yield among desi varieties at 7 quintals. He felt, with irrigation, it would have matched Bt cotton’s per acre yield of 10 quintals.

The 36 farmers were part of an initiative by CICR, Nagpur, to wean farmers from high-input, high-output Bt cotton, which it believes is unsustainable. Bt cotton hybrids currently cover 95 percent of India’s cotton acreage. They are of American cotton species (Gossypium hirsutum), which was imported by the British in the 18th century.  They are susceptible to pests and diseases.  Desi cotton occupied 97 percent of India’s cotton acreage at the time of Independence. Its share has shrunk to 3 percent now, with American cotton hybrids moving into the space.  Farmers have switched because of Bt technology, which kills bollworms that infest cotton.

Keshav Raj Kranthi, director of the institute says the future of India’s cotton economy lies in desi species (Gossypium arboreum and Gossypium herbaceum) which have evolved in this part of the world over millions of years. They are hardy, grow in adverse weather conditions, need less chemical fertilizers, repel insects, have strong immunity to diseases, are less costly to cultivate, but more profitable.

The farmers paid less for seed too, despite using more of it. CICR insists on high-density planting to compensate for fewer pickings.  The desi varieties were of the early maturing, short-duration kind, meant for surgical dressings.

Farmers keep Bt hybrids longer in the field for multiple pickings. They respond well to chemical fertilizers. Their output is higher and so is the cost of cultivation. Their lint is used to make cloth.

CICR sold the seed for Rs 50 a kg. The NGO, Nagpur’s Yuva Rural Association (YRA), through which it coordinated the programme, charged Rs 100 a kg.  Farmers’ outgo at Rs 500 an acre was less than the seed cost of Bt cotton, of which 1.5 packets of 450 grams were used per acre. Each packet sold for Rs 830 last year. The central government has fixed the price at Rs 800 for this year.

Vishwambar Shivaji Kamble, also of Alipur, said ‘the more fertilizer you apply to Bt cotton the more the production…But it needs irrigation.’ Kamble has been growing Bt cotton since 2005. He switched because soil fertility had depleted over time and Bt cotton output had fallen to about half from 10 quintals an acre.

Kamble sowed desi cotton on two acres to which he applied 175 kg of fertilizer. For the Bt cotton crop on one acre he gave 350 kg of fertilizer, and some sprays too. ‘You cannot imagine the infestation of white flies on Bt,’ he said.

The output per acre from three pickings, at 5 quintals, was the same for both species but desi’s cost was half. He had to pay more, though, to pick desi cotton because of smaller and lighter bolls. Workers charged Rs 10-12 a kg, which is double the rate for picking bigger sized Bt cotton bolls.  Pickers were also

unavailable. He reckons 3 quintals of desi cotton went unpicked. For this reason, he has decided not to plant desi cotton (or any cotton) this year. He is shifting land to higher priced pigeonpea (tur) instead.

Rajendra Marotrao Kalode, his neighbour got a yield of 7 quintals per acre. He had to spray neem oil to kill jassids (a sucking pest). Bollworms also attacked the crop. He controlled them with chemicals. Kalode had planted CSH 8. The bolls are heavier, about 3.5 grams each.

The availability of seed is a serious issue. CICR rationed it out last year. Ravindra Chaudhary of Palasgaon village in Wardha’s Deoli tehsil got 5 kg, enough for one of 13 acres, on the rest of which he sowed Bt cotton. His experience with desi has been ‘Bahut achcha, Bt se bhi achha.’ (very good, better than Bt). But he could only sell to YRA. He got Rs 5,000 a quintal, higher than Bt cotton’s Rs 4,200 per quintal. He wished there was a choice of buyers. This year he intends to plant desi on five acres.

His neighbour, Ajit Moon got double the yield from Bt cotton but profit from an acre of desi cotton was higher by Rs 1,400. The cost of cultivation made the difference.

Datta Patil, the man behind the NGO intends to rope in 5,000 farmers this year and charge a higher price for seed. The NGO had bought the entire lot of 58 quintals produced by farmers who enrolled in the programme. He says he made a small loss. He expected to be paid Rs 110 for a kg of lint but got Rs 98. The Chennai company which bought the cotton ─ meant for surgical dressings – has itself placed an order for 1,000 kg of seed, intended for its in-house farm.

(Top photo of desi cotton harvested in kharif 2015 by Ravindra Chaudhary of Wardha’s Deoli tehsil.  All photos on this page by Vivian Fernandes.