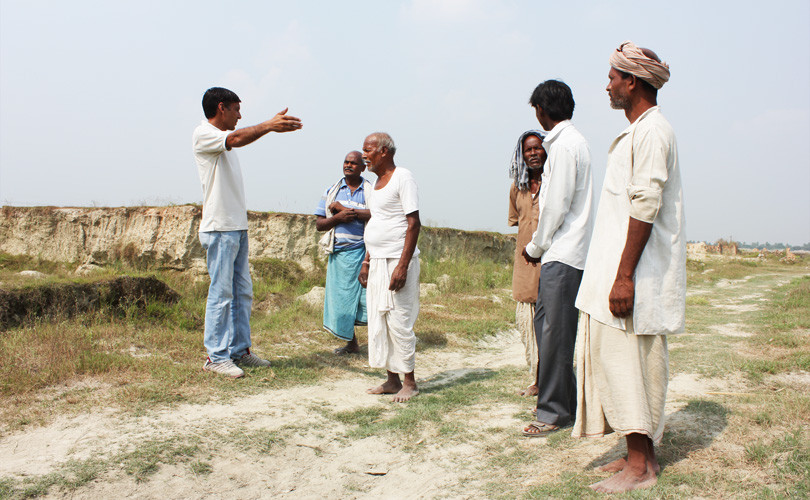 Vijnana Bharati, an affiliate of the Rashtriya Swayamsevak Sangh, had organized a day-long talkathon on genetically modified crops at National Chemical Laboratories in Pune on 7 October. The outfit styles itself ‘Swadeshi science movement of Bharat.’ Many NGOs opposed to the technology participated, including Swadeshi Jagran Manch and Bharatiya Kisan Sangh. Vijnana Bharati it itself opposed to GM crops. In a letter to the Prime Minister ahead his visit to the United States in October 2014, its secretary had asked him not to solicit American investments in GM seed technology. Instead, he said India must export organic farming techniques to the US. There were seed companies as well.
The theme speech was given by Vijay Kumar Saraswat, former Director-General of Defence Research and Development Organization (DRDO), and currently member of NITI Aayog. Saraswat was the chief guest at the RSS’s Vijayadashami Utsav (founding day) in Nagpur on 22 October.
Anil Kakodkar, former chairman of the Atomic Energy Commission and chairman of Maharashtra’s state committee on GM crops, gave the concluding speech. He holds the INAE Satish Dhawan Chair of Engineering Eminence at BARC. In January this year, Kakodkar’s committee had approved field trials of five GM crops in Maharashtra, but these were later suspended. Here are the points made by Kakodkar in his speech. They were provided to us by one of the participants. At our request Kakodkar suggested slight changes to the text which were made on 5 November.

*        Science and technology is value neutral. It is we who make it good or evil.

*       Many of those opposing GM crop technology at the symposium fear Monsanto. We need to separate the technology from the company.

*      People are migrating from villages to cities because average rural incomes are one-half or a third of urban incomes. Agricultural distress needs to be addressed to bridge the rural-urban income divide. This will take care of food security as well. Our ability to develop urban infrastructure is limited.  Rural incomes must increase to urban levels.

*        Farmer must be given a choice.  He must be given information to make informed choices. Farmers can decide for themselves. A farmer (near Kolhapur) used seeds produced at Bhabha Atomic Research Centre to get high yields and make a world record.  But he also used many other methods in addition to seeds.

*        GM technology is part of the choice.  There may be risks, as there as in any technology. The common man should not be denied the choice. Confined field trials are part of research.  They help us assess the potential risks. If we do not do research, we will be postponing the availability of choices.  There should be no obstacles in this path. Postponing biotech research will cost the country dear.

*      There is a new technology under development that could enhance the rate of photosynthesis.  Technology has ramifications beyond food security. Are we going to say yes or no?

*        A decision-making tree (as the one proposed by Dr Ramesh Sonti of the Centre for Cellular and Molecular Biology, Hyderabad) is relevant for development, not for direction.  If it is done up-front, we will be in the situation of a still-born baby. Mission mode research is not appropriate at this stage. Open ended research will add a lot of value.

*        It is important that farmers do value addition.  But farmers want cash returns immediately after the crop, and cannot normally wait for the value-added activity to be completed. We must create conditions that empower farmers to participate and benefit from value-addition opportunities.  It is not the fault of the technology that the farmer is not able to add value.

*        We need to take a broader, open-ended view of technology.  The question of deployment must be discussed. However, in the process if we stop research, we will be harming ourselves and losing precious development time.

(Top photo: ‘Let science guide farmers’. Deepak Bijarneya, researcher at Borlaug Institute for South Asia talking to farmers of Kanhuli Dhanraj village in Bihar’s Vaishali district about frugal water use direct seeded rice technique which they have adopted. Photo by Vivian Fernandes on 19 October, 2015.  This photo is being used only by way of illustration)