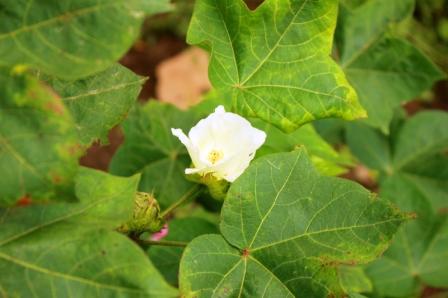 A study of studies funded by the the EU and the German government has found that GM crops have reduced pesticide use by 37 percent, increased yields by 21 percent and boosted farmers’ profits by 69 percent.

The meta-analysis covered the agronomic and economic impact of genetically-modified crops in the countries that had adopted them. It was  done by Wilhelm Klumper and Matin Qaim of Germany’s Gottingen University and covered 147 original studies between 1995 and March 2014.  The study was published on 3 November, 2014. ‘This provides a near-complete survey,’ said  The Economist, ‘as the widespread adoption of these crops began only in the mid-1990s’. (Click here for the Economist report)

Studies were included when they had primary data from farm surveys or field trials anywhere in the world. These pertained to GM crops which were herbicide-tolerant (soyabean, maize and cotton) and insect-resistant (maize and cotton). Other GM crops like rapeseed, sugar beet and papaya were not studied though commercialized in select countries because the number of impact studies available for them was very small.

The study found that yield increases in GM crops were not due to higher genetic yield potential but more effective pest control and hence lower crop damage.  GM seeds are costlier than non-GM seeds, but the overall cost of production increased by merely 3.3 percent due to compensatory savings in chemical and mechanical pest control.

Controlling for other factors, yield gains of insect-resistant crops were almost 7 percentage points higher than those of herbicide-tolerant crops.  Yield gains of GM crops were 14 percentage points higher in developing countries than in developed countries. Smallholder farmers in the tropics and subtropics suffer from considerable pest damage. This was reduced through GM crop adoption.

The study was funded by Germany’s Federal Ministry of Economic Cooperation and Development (BMZ) and European Union’s Seventh Framework Programme. The authors declare that the funders had no role in study design, data collection and analysis or in the publication.

Several of the original studies did not reveal sample sizes and measures of variance.  Though field trials tend to overestimate impact, because experimental conditions are hard to replicate in farmers’ fields, the study found that the field-trial data did not over estimate the yield of GM crops. And though there is public concern that industry money funds these studies, the authors found that the source of funding did not significantly influence the impact estimates.