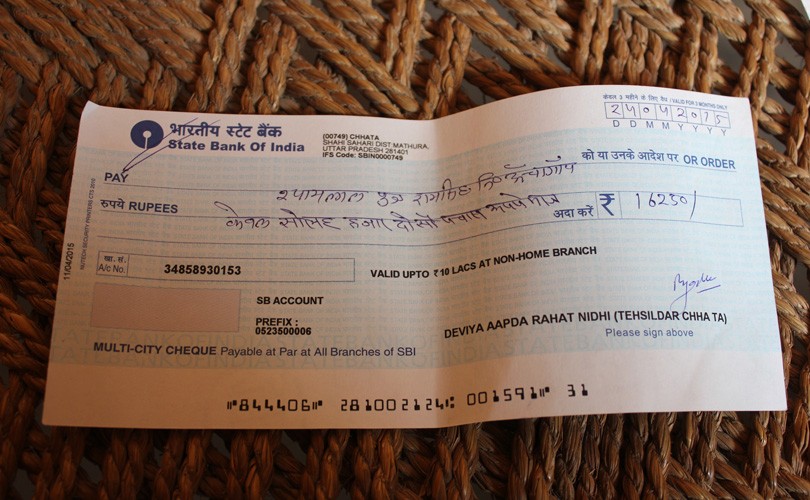 The RBI Governor’s opening remarks at a seminar on agricultural debt waiver on 31 August, 2017

(Top photo of relief cheque given by UP government to farmers affected by hail storm in 2015.  Unless weather and price-related risks are not mitigated, there will be demands for measures like farm loan waivers. Photo by Vivian Fernandes).